Columns
The Voice
Technical Obersvations – Firefox: A Browser by Mozilla

The second browser in our series, Firefox, is made by the Mozilla Corporation: a company devoted to making high quality open-source products. Mozilla first released Firefox (then called “Phoenix”), fourteen years ago, in September of 2002. It is currently sitting at version 53.0, having been updated for the public late last month.

Firefox has about half a million users worldwide, and was the second most used browser (after Internet Explorer) until Chrome overtook both, pushing Firefox into second place and Internet Explorer into third. It currently makes up about 15 percent of the market according to StatCounter, and is widely used in Africa and Germany. IBM also encouraged its employees to use it as their default browser in 2010.

Firefox has a lot of features and is popular among Linux users as a powerful browser that can be customized and tweaked as needed. Some key features in Firefox include tabbed browsing windows, incremental finds, live bookmarking, smart bookmarks, private browsing (similar to Chrome’s Incognito mode), geo-location, and a download manager. For geeks and web developers, built in tools such as the Error Console (DOM Inspector) or Firebug can be used for testing web pages and for finding errors. Themes can also be added to Firefox, making it highly customizable. Unfortunately, Mozilla plans to discontinue the theme feature soon.

Firefox’s power comes from three things: back end implementation of web standards, security, and the highly customizable interface. I will run through these quickly, as they are mainly what sets it apart from Chrome.

Firefox implements a ton of web standards, including HTML4, XML, XHTML, MathML, SVG 2 (partial), CSS (with extensions), Javascript, XPath, Animated PNG images, client side storage, and a canvas element implemented through the Gecko layout engine. More could be added to this list, and even these may sound quite foreign to you. That is fine! As AU students though, one item in that list should have caught your eye is the MathML standard. This is the standard that renders many mathematical notations properly, and helps us as AU students to successfully complete our math assignments. Is it any surprise, then, that the AU Tech Support recommends Firefox? That is the main reason, and is one of the main differences between Firefox and Chrome. Firefox can display math notation better then Chrome can.

Firefox is also a secure browser. Researchers who discover bugs can even get a cash reward of up to seven thousand dollars if they find one. Firefox is often touted as a much more secure browser then the competition. One reason is the rate that bugs and vulnerabilities are fixed is much faster than browsers from other companies. The browser has repeatedly been praised for its security (Ponemon Institute) and is still regarded as quite secure.

In terms of customizing Firefox, the Firefox add-on store has over 8,000 different extensions (add-on programs that can provide additional convenience or information), themes, and plug-ins, making it extremely versatile and easily customizable. In 2015, Firefox updated its backend architecture for extensions to a design that is like Microsoft’s Edge browser and Google Chrome.

Firefox is a great all around browser for power users, and is recommended by AU’s Tech Center for its compatibility with Athabasca’s systems. If you want to check it out, you can download it at Mozilla’s website (just Google “Mozilla Firefox” and it will pop up). If you want to try out some add-ons and extensions, clicking on the hamburger menu in the top right of Firefox will give you a pane of options?one of which is labeled “Add-ons”. From there you will be able to head to the store and have fun browsing a whole collection of different web apps. Remember that you can get it on your iPhone and Android device as well.

Dakota Soares is an entrepreneur taking his BSc through AU, and has many interests including music, information technology, and chicken producing. 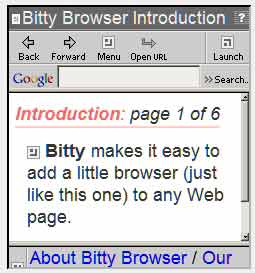 Dakota Soares is an entrepreneur taking his BSc through AU, and has many interests including music, information technology, and chicken producing.