Aside from a slightly late start, there was little to report from AUSU’s Annual General Meeting held on May 23. While scheduled to start at 5:30pm, a lack of AUSU members prevented the meeting from reaching the required quorum of ten. It was noted that four of the members who had RSVP’d had not arrived, which left the meeting with nine current AUSU members. A reminder email was sent, and by 5:38 a tenth member had joined the meeting, allowing it to get underway.

Once moving, the meeting was remarkably brief, with each motion being moved, seconded, and passed unanimously with no discussion. Attendants were invited to ask any questions or bring forward any comments or concerns, it just seemed there were none to be had. The longest section was the appointment of the auditor for the year, with AUSU President Shawna Wasylyshyn noting that these are the same auditors AUSU had been using for several years, and their willingness to aid AUSU in preparing for the audit and provide advice as to how transactions might best be recorded to meet accounting standards.

The only question raised was after the passing of all motions during the free form Q&A period, where a non-council member in attendance asked the question as to how many staff AUSU currently employs and in what capacity. (The answer, if You’re wondering, is four, with the new Executive Director and Member Engagement Coordinator being full-time and the Administrative Assistant and the Editor of the Voice, me, being part time.)

Short, sweet, and to the point, the meeting was adjourned at 5:55pm, having gone on for seventeen minutes. 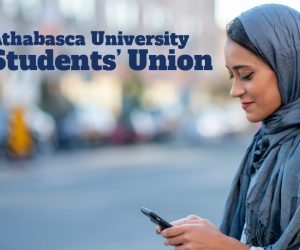 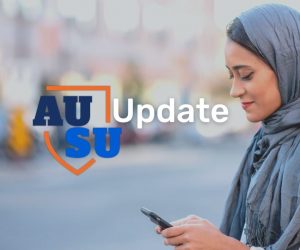