I first started writing about music on an iMac that sat on an ancient table with chipping royal blue paint. The window above it looked out onto a young birch spinney that hummed with the activity of minute creatures occasionally shocked into silence by the lumbering of larger ones.

My black lab, Tsinuk, was always at my feet. When I wrote for too long she’d bring me my shoes in an attempt to lure me out for a walk, and if I ignored her she’d litter the hallway with every pair of shoes I owned, inviting me to pick the one that best suited me in the moment.

She was good for me, Tsinuk. 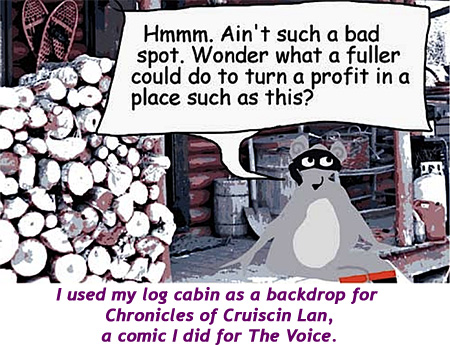 My office was in a log cabin surrounded by forest and heated with a wood stove that I could also cook on. Power outages were no real concern, especially in winter when the perishables could be packed in snow.

When Tsinuk finally did get me out walking we’d pass abandoned homesteads dating to the back-to-land movement of the late sixties and early seventies. Tsinuk adored rooting around these places for traces of olfactory history. But there was no longer anyone singing:

I did an interview with poet John Wall Barger whodunnits’d lived on one of these homesteads with his family as a small boy, so I know they did go on to make their marks, just no longer as flower children? and no longer culturally en masse.

There were no punk rockers here because that had always been an urban movement, as had been grunge, goth, and steampunk, each new movement more interesting yet less relevant and more escapist than the one that had preceded it.

But there was a strong movement toward revisiting the music of the past and finding its essence, kind of like what Tsinuk used to do around the old homesteads. In my interview with Jonathan Byrd I learned about a whole new folk and country music crowd intent on distilling and reproducing the most desirable elements of old tymey music and adapting them to the writing of new songs. They were calling it “alt-country.”

I had an ancient harmony acoustic guitar with f-holes on which I played slide blues. I’d already learned claw-and-hammer fingerpicking, so I threw that in, mixing delta blues with old mountain songs, which seemed to speak to how I was living then.

Last time I saw little Maggie
She was sittin? on the banks of the sea
With a forty-four in her pocket,
A five-string on her knee

To a lesser degree I noted the emergence of alt-jazz, alt-classical, even alt-punk (which seemed a bit redundant). Similar prefixes to alt were “indie” (a term referring more to means of production and distribution than to musical innovations) and “post”? post-rock, post-classical, etc., suggesting that the vibrant organic development of the main genre had slowed and what we were now seeing was an aftermath, something quite different but with the same instruments and inpired by the same musical traditions.

In any case the “alt” prefix signaled that musicians were rendering existing musical genres more punk, postmodern, subversive, and intense. And they were making them their own. 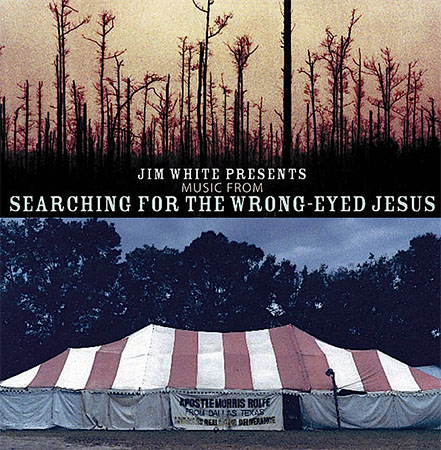 The 2003 documentary Searching for the Wrong-eyed Jesus showed how the development of alt-country had been inextricably bound up in spiritual vision, some of it religion that made no sense but that generated a powerful creative stimulus. As Jim White says of the preachers, teachers, and snake-handling Baptists he filmed, “It’s so wrong It’s right.”

When I interviewed Rennie Sparks of The Handsome Family, a musical couple who appeared in the film, she expressed mild resentment at the director’s efforts to get her to see herself in the context of a religiousity she couldn’t accept.

“We had mixed emotions,” she told me. “I’m not from the South nor am I Christian so I was slightly annoyed at their insistence that my writing comes out of a Southern tradition. I grew up on Long Island in a very rural area. Very wooded and isolated and I was always terrified at night. Brett grew up in the desert and was very religious and self-assured until he got to college, lost his faith, and started drinking.”

And yet her writing, clearly inspired by Southern music, throbbed with spiritual discernment, a keen awareness of being “haunted.” 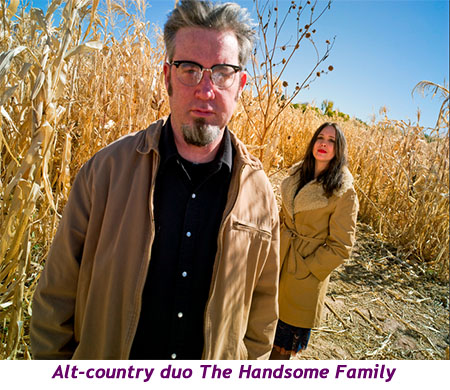 No, no one hears the singing bones
And no one sees the crying ghosts
And everyone thinks I’m alone
All alone.
– The Handsome Family, “24-Hour Store”

Further exploration of alt-country lead me to Sam Baker, who refused to call himself “alt” anything, or anything anything. Sam’s songs were to awaken me to the hard realities of our times?and to some important truths about music itself.