Features
The Voice
A Glimpse into Circus Life 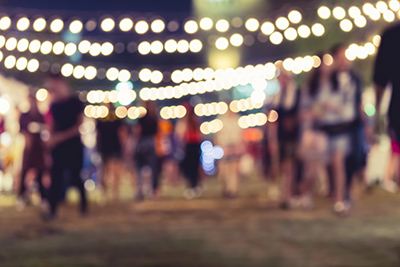 People joke about running away and joining the circus, but what is life on the road really like for circus performers?

The Royal Canadian Circus is currently making its way across Canada with its new show SPECTAC. The Circus has received rave reviews from audiences, and there have been many sold-out shows along the tour. But, while life in a circus has an air of romanticism, the schedule is often demanding for the crew and performers who make their living in the circus entertainment industry.

Cathy Sproule, the communications representative for the Royal Canadian Circus, provided some insight. She has worked closely with the circus for many years and has got to know the performers and crew as well as the history of the troupe.

The Circus, which the Zerbini family created in France over 250 years ago, is known as the Royal Canadian Circus when it tours in Canada but is also known as the Zerbini Family Circus in the USA. The Zerbini family immigrated to North America, bringing its circus traditions with them. The Zerbini Circus is now the only touring circus in North America, following the closure of the Ringling Brothers and Barnum & Bailey Circus. Circuses have changed over the years, mostly in response to the increased awareness of animal treatment. Cirque du Soleil comes to mind as the epitome of what a circus should be in light of the change in audience expectations, but one of the reasons for the closure of the Ringling Brothers and Barnum & Bailey Circus is that it did not see the need to adapt. Although the Zerbini Circus still uses elephants in its American shows, the Royal Canadian Circus no longer uses exotic animals. Instead, it relies on acrobatics, theatrics, and humour to entertain. Now, the only animals used as part of its acts are trained dogs and horses whose welfare and safety are considered with the same importance as the human performers. In Calgary, for example, one of the horses was ill, so the equine act did not perform.

Life in a circus means a life on the road, continually travelling from place to place. After the Royal Canadian Circus’ current season, which started in May and ends in August, the show will continue down the eastern seaboard through the United States, into Florida, then across the country. Many cast members also perform in circus troupes in Europe, Russia, and South America. The shows are held under a traditional Big Top wherever possible, although some shows are held in arena venues. Transporting the massive tent, which was custom made and imported from Italy, is a huge operation but the crew has the dismantling and re-assembling process down to a fine art. As soon as the final performance ends at one place, the crew starts to dismantle the massive tent and all the fixtures and fittings, ready for transport to the next venue in fourteen huge semi-trailer trucks. There is also a truck used specifically as a generator truck so that the power needed for the circus is completely self-sufficient. In North America, the distances between performances are huge and the terrain can be challenging, especially through the mountains.

Life as a circus performer is difficult at times, but Cathy Sproule says performers are born into the profession and circus life is in their blood. She notes that many of the performers in the Royal Canadian Circus perform throughout their lives for as long as they are able. The husband and wife Duo Guerrero high wire act, which was featured on the television show “America’s Got Talent,” has performed for over thirty years around the world and this is not unusual. Many of the performers trace their circus lineage back for generations. Piolita Videla is a fifth-generation circus clown from Argentina and has toured the Royal Canadian Circus as well as with other troupes for many years. The ringmaster, Joseph Bauer, is a ninth-generation circus performer whose family originally hails from Switzerland. Erika Zerbini, who works with the Liberty horses, is a tenth-generation performer and is a descendent of the creator of the original Zerbini Family Circus. Many circus performers work as husband and wife teams, or even family teams. The Dominguez family are a husband and wife team from Peru who have several acts in the circus but are most known for their Poodle Review. They have welcomed their six-year-old son as a new and charming addition to their act.

So, what is life like for a circus family, especially the children? Moving from place to place means that “home” is a massive recreational vehicle that has all the creature comforts, including satellite television and microwave ovens. On days when the circus has multiple performances, there is only time for performers to grab a quick bite to eat before it’s time to start the next show, and they catch some sleep whenever they can due to the heavy tour schedule. The children of circus performers start their apprenticeships from a young age, often as toddlers, to get them used to the crowds and life under the Big Top. Kids travel with their parents throughout the year and are homeschooled. Children try a lot of different things in the circus before they settle on what they would like to do, and then work on developing their act. By the time a child of a circus performer is a teenager, they begin performing on their own. The circus serves as apprenticeships for children who are surrounded by many mentors to give them training and guidance.

When they are not performing, the cast and crew are either travelling to the next venue, practicing their acts and shopping for essentials. They try to see the sights wherever they are but this is not often possible.

While circus life may seem unconventional to a lot of people, the fact this that they love what they do and wouldn’t have it any other way. The performers and crew all consider each other a close-knit family. For them, the love of performing for audiences is just their way of life.

Editorial – Happy to be Wrong

The Travelling Student – What Hacks in Vegas, Stays in Vegas