Articles
The Voice
Around the World in Eight Noodle Dishes 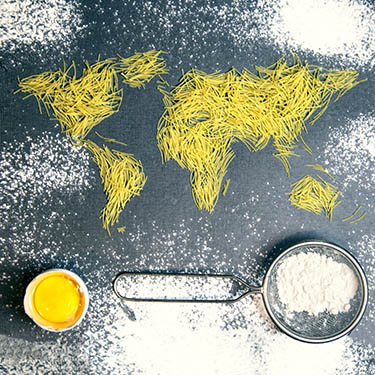 No matter which country you hail from or what the name may be (pasta, pho, or mein), there must be a hearty noodle dish that is your go-to. Here are eight types of noodles from around the world and why you need to try them all.

Fideua: Spanish
A essential part of the tex-mex cuisine, this dish will only strengthen your appreciation of authentic Spanish flavors. The vermicelli-thin noodles are dressed in a fragrant garlic and chili powder. Unlike paella, this seafood dish uses noodles in lieu of rice. Originating from the East coast of Spain in the city of Valencia, the fideua features various seafood ingredients including local crustaceans such as crayfish, shrimp, and squid. There’s a reason they call it the one-pot wonder! It’s de-fideua-tely a meal you won’t forget. 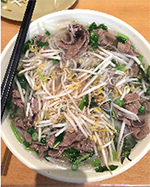 Pho hails from northern Vietnam villages, where it was consumed long before French colonialism. The broth is produced from simmering beef, oxtail, or steak. The lengthy time to prepare the broth allows for ample flavor to be transferred to the soup iconic of quality pho. Pho is often served with assortments of saje leaves, bean sprouts, and lemon slices. These help customize the flavor even more. The vermicelli noodles are springy and light, complemented with tender brisket. For the adventurous, try incorporating beef tendon, tripe, flank, and Vietnamese beef balls for the extra exotic taste of the southeast.

Spätzle: German
Whether you call it chnöpfli in Switzerland or knöpfle in Hungarian, this dish is a staple in many European countries. Historically, locals made the pasta by hand, shaping the flour with a spoon or by hand into the shape of a spatzen?a sparrow. The majority of spätzle dishes are served with meat, gravy, or soup. Spätzle is highly versatile. The texture can be customized to be as soft as cottage cheese or as crunchy as pot-stickers when tossed with butter. Regardless if you try it sweet or savory, spätzle is a European favorite everyone needs to try at least once. 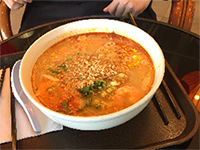 Served with spicy, coconut-curry soup, the Laksa prides itself in representing the rich flavors of southeast Asia. In the monsoon season, Laksa provides a warm, hearty meal to local Indonesians, Malaysians, and Laotians. Laksa noodles use thin rice vermicelli that easily soaks up the flavor of the milky broth. When added to a variety of soup-bases, ranging from seafood to poultry and red meats, the flavor transforms with its broth creating appetizing colors and variety.

Ramen: Japanese
It was originally served as a specialty dish for soldiers coming home from World War II, but became an instant hit. Similar to Chinese style noodles, the springy texture is derived from wheat flour. Once upon a time, I was unconvinced of the difference between cup noodles and authentic ramen, mistaking the latter as a glorified version of the former. However, I was pleasantly surprised at the fragment broth, the flavor varieties and nation-wide worship of these noodles in Japan. You’ll believe it when you eat it.

Lapsha: Russian
It might look like Italian pasta, but It’s a whole new cuisine. Unlike Italian pasta, Lapsha is a style of soup noodles adapted and innovated from Turkish cuisine, once served only at funerals. Given the abundance of wheat crops in Eastern Europe, buckwheat flour is often used to prepare this basic egg noodle. The broth is prepared with chicken and vegetables, but can be improvised with milk for a creamy, hearty texture. 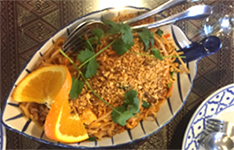 Literally translated to “stirfried Thai style”, this dish is as common at Thai night markets as hot dog stands are in New York. Prepared with rice noodles and garnished with colorful ingredients from sprouts, lime wedges, peanuts, greens, and eggs, pad Thai has a rich, savory taste. The bouncy texture of rice noodles make pad Thai a light, delicious snack while walking down the streets of Bangkok. For the adventurous foodies, try the Lao version of this dish prepared with soy sauce in lieu of tamarind pulp.

While we consider pasta a product of Italian ingenuity, many historians believe immigrants from China travelled along the silk road in the Marco Polo years to bring this historical delicacy to Europe. Since then, pasta forms have morphed from initially long fibrous strands to all imaginable shapes. So far, 310 forms have been identified with 1300 names recorded depending on the region; one form may have up to 30 names (De Vita, 2009). Seeking the perfect pasta dish, I travelled to Florence and Rome for freshly made pasta. In comparison to traditionally dried pasta in Canada, the texture and elasticity of fresh spaghetti was incomparable. For a next-level experience, select for quality pasta at your local Italian supermarket and try your hand at being a pasta chef. 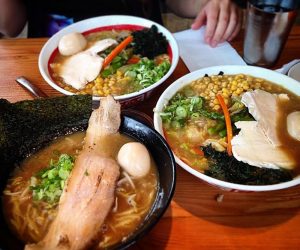 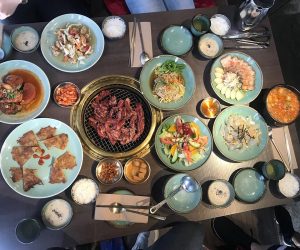