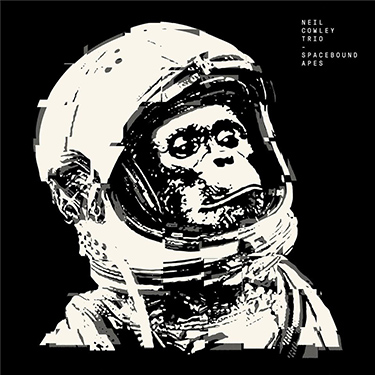 Deluding Ourselves as a Species
“We are all spacebound apes. Whatever way you look at it. However much we delude ourselves that as a species we are at the pinnacle of all understanding, in truth we know nothing.” ?from “Lincoln”

The 2017 Montreal International Jazz Festival is off to a smashing start. On the first night you could have gone downtown to listen to Maghreb music, rhythm and blues, and hard funk?all fantastic, none of it jazz.

The organizers of the world’s largest jazz festival, and of other such festivals the world over, occasionally bemoan how, good jazz being so scarce, It’s hard to fill a festival with jazz only, which means other kinds of music have to appear. One result of this development is that many young people today are in the dark about this magnificent musical tradition, the word “jazz” coming to signify for them well-crafted, intelligent music that doesn’t fit neatly into any other genre.

The good thing about it is that when acts like the London-based Neil Cowley Trio follow their creative passions, modulating between purer jazz and experimentation, they’re still welcome.

Known for playing piano for Adele, most notably on “Rolling in the Deep,” Neil Cowley has done some interesting things as well, including hosting a fascinating television series called Jazz@Metropolis, which is filmed before a live audience at Metropolis Studios in West London, and, addressing the knowledge gap mentioned earlier, features interviews, history, and performances all meant to enlighten us on the beauty of the jazz world.

Since Displaced came out in 2006 the Neil Cowley story arc has always included serious jazz as well as engaging musical innovations, lighthearted absurdities, and introspective reflections, with nary a hint that he’s taking himself seriously, and manifesting a gaping awe at the commercial success he’s seen despite an ingenious musical roguery.

In the Trio’s body of recorded work Cowley’s piano swings like a fistfight, embracing the gamut of jazz since the sixties?prog rock, fusion, cool jazz, trance, acid jazz, etc. You can’t listen to this music without thinking, This is new. But what precisely is new about it?

One thing that comes to mind on seeing the title and cover photo is the current relevance of Gil Scott-Heron’s famous ?70s spoken word piece, “Whitey on the Moon.” It’s like saying, Sure Elon Musk may be taking us into outer space, but that don’t make us smart. Track titles like “Hubris Major” indicate the overweening arrogance that propels simple minds into faraway regions as an escape from the social and environmental crises they’d prefer to ignore. Titles like “The Sharks of Competition,” “Governance,” and “Death of Amygdala,” as well as the video for “The City and the Stars” all bear out the hunch that this is social criticism with equal helpings of both dejection (“Death of Amygdala”) and hope (“Grace”).

A music book was also released with the album, with transcriptions of all the music and illustrated by Sergio Sandoval. It appears to provide a narrative context for the music, being a story about a simianesque person named Lincoln who feels completely alienated by the heartlessness of the technological world in which he finds himself.

Spacebound Apes is an elegant mix of social critique and sad withdrawal, and it may be the least jazzy album of any the Trio has produced until now. With an album theme like this one you’d expect to hear lots of space sounds, but It’s low on electronica and high on virtuosic acoustic instrumentation, with many moments of sheer, healing bliss. There’s not a lot of the swinging piano jazz we’ve come to expect of Cowley, but that seems to be part of the covert statement: considering the current state of things, a bit of a departure from musical business-as-usual may be called for.

Spacebound Apes manifests seven of the Mindful Bard’s criteria for music well worth a listen.

Be sure to keep checking the Voice for an interview with Neil Cowley.