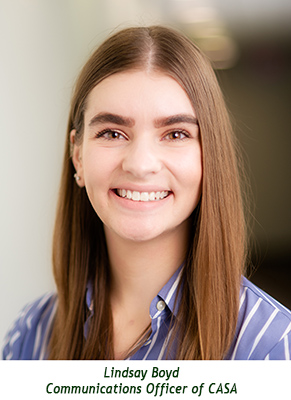 Lindsay Boyd is the Canadian Alliance of Student Association (CASA)’s Communications and Public Relations Officer, who recently took some time to be interviewed by Voice writer, Scott Jacobsen, about her role with CASA and where she thinks it’s heading in the future.

How did you become involved with CASA?
Going into the job, I didn’t know all that much about CASA. I had just graduated and come back from my exchange in Australia, and was looking for my first real job. I came across a job posting for a Communications and Public Relations Officer for CASA online, and the position requirements were things I had a lot of experience with through my studies and past internships. So, I applied, went to the interview, and got the job!

What tasks and responsibilities come with your position as the Communications and the Public Relations Officer?
As the communications person, it’s my job to be the custodian of CASA’s brand and to ensure that what the organization is doing is communicated to students, government decision-makers, and the public at large. CASA is doing some really important work for students, but if no one knows what we’re doing and what we stand for, our efforts will be much less effective than they are now. I’m also responsible for making sure communication flows smoothly between all the internal layers of the organization, which, because of the geographical distance, can sometimes be a feat in itself.

On a daily basis, I am responsible for maintaining a consistent social media presence, updating the website, writing press releases, sending email updates to members, and copyediting documents, to name a few things. In each of these tasks, I make sure information is easy to read and understand. I also work alongside a translator and a graphic designer to create different products, i.e. bilingual policy papers, promotional materials, and infographics. Additionally, I provide support and guidance to CASA’s Member Relations Committee, which is tasked with improving both the internal “CASA experience” as well as many external communications and recruitment efforts.

What have been some of the bigger policy and federal level advocacy wins through CASA for its membership?
One of CASA’s greatest wins for students was in Budget 2016 when Canada Student Grants were increased by 50% for low-income, middle-income, and part-time students. This means eligible students now receive 50% more grant funding than before, and the best part is that, unlike loans, that money doesn’t ever need to be repaid to the government.

Another notable win that CASA advocated on in support of other prominent organizations (like the Assembly of First Nations) was the $90 million federal investment into the Post-Secondary Student Support Program, or PSSSP, announced in the last federal budget. This program is how government provides funding for First Nations and Inuit individuals who want to attend post-secondary. This investment was much needed, since the program had previously been subject to a 2% funding cap and had been unable to keep up with the rapidly growing population of First Nations and Inuit youth seeking a higher education.

Why is CASA important?
I think CASA is important because it’s an organization that stands up for the best interests of post-secondary students in Canada, a group that doesn’t often have the time or resources to advocate for themselves. We are really an organization that takes a grassroots approach, meaning that our policy and advocacy positions come directly from our members and the students they represent. We are also an organization that has built a positive reputation over the past 22 years, and is recognized and highly regarded among government officials. This means that students who take meetings under CASA’s name are taken very seriously when on the Hill and when advocating to their own Member of Parliament.

What seem like the more important objectives according to the CASA membership this year?
The membership has identified a few priorities to focus on this year. Those include helping international students, improving the health and wellness of students (which we’ve seen addressed a lot more in the media and on campuses recently), improving the accessibility and affordability of educational materials like textbooks (including the fight to protect fair dealing for the purposes of education in the upcoming review of the Copyright Act), and reducing the financial barriers to post-secondary education. The membership has also prioritized looking at Indigenous student issues, so we will be undergoing a review process to better gauge what policies would be appreciated by and needed by those groups.

What has been a highlight experience for you?
I think one of the highlights for me, professionally, was seeing the direct results of our advocacy in the federal government’s 2017 budget. Shortly after being hired, I was thrown into CASA’s most intensive conference of the year, Advocacy Week. At this conference, student leaders travel to Ottawa and speak directly with MPs, senators, and other federal decision-makers about issues affecting students. Staff participate too, so being new to the job and the whole advocacy thing made it a very intense week! When the budget was released later in March, it felt great to see all that hard work pay off with investments made in a number of areas we had identified.

On a more personal side, I greatly enjoyed meeting different student leaders from across the country. Everyone is so interesting and different, but share a common passion for helping students on their campuses. It’s inspiring to see, and if I ever went back to school, I would seriously consider running for a position like that. 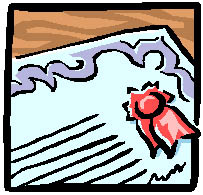 What do you have to offer besides your education?