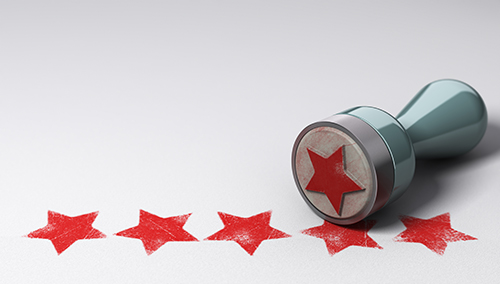 How seriously can students take anonymous online ratings of their AU tutors?

One AU student recently commented on the unofficial AthaU Facebook page that shed checked her tutors ratings on http://www.ratemyprofessors.com/. After reading multiple negative reviews, she was considering dropping that AU course.

Some responders to that post questioned what weight should be given to such reviews. Several people pointed out that people with negative experiences were more likely to post a review on an anonymous forum. There does seem to be an imbalance between negative and positive reviews.

Rating sites like RateMyProfessors.com have been around almost as long as the internet. Rating forums such as RateMyProfessors.com and RateMyTeachers.com give students an anonymous space to vent about their profs. Although Id been aware of such sites, Id never bothered to see what other students said about my AU tutors. So far, Id been happy to form my own assessment of each tutor.

Strictly for research purposes, I decided to check the ratings for tutors Id had for already-completed courses. I started with the tutors I had particularly liked. A few of them had only a handful of positive (and no negative) reviews. Other tutors had a mix of positive and negative reviews.

Next, I checked the tutors I didn’t like so much. Not surprisingly, the reviews for those tutors were primarilybut not exclusivelynegative. I found it interesting, and a bit relieving, to know that other students had noticed the same things I did. Not surprisingly, tutors with overall poor rankings tended to have more reviews than those with positive rankings.

Finally, I checked the tutor for my next course. Fifteen ratings, mostly in the “awful” and “poor” categories. Yikes! Interestingly, the reviews for this tutor were several years old; there were no reviews in the past four years. Perhaps this tutor has improved and isnt prompting negative reviews, or maybe they’ve been away. For comparison, I checked the same tutors rating at another university; there, the ratings were much higher, more positive, and more recent.

What became clear as I read the reviews was that views varied widely. One student called a tutor “rude”, while another referred to the same tutor as the “best teacher ever.” Another tutor was both “fantastic” and “one of the worst”. Feedback from another tutor was simultaneously “insightful” and “cryptic.” If these disparate comments refer to the same tutor, perhaps the difference is in the students perception.

The reviews themselves made for interesting and often entertaining reading. One eloquent reviewer described an AU English tutor as:
“a miserably amateur petty despot who considers assignments to be a power struggle. Her scrawled notes are virtually illegible and many of them are subjective nonsense. She is not fit to teach and needs a nap. She loves reminding you that you are nothing…”
One only hopes this student put their capacity for the written word to good use, perhaps as a member of government opposition.

How reliable are sites like RateMyProfessors.com? Not any more reliable than the students entering the ratings. While AU tutors may seem semi-anonymousa vague entity associated with an e-mail address and phone numberthese student raters are fully anonymous. Did a student post a scathing review because the tutor was genuinely awful, or because the student found themselves struggling with a course that exceeded their own ability?

If you’ve ever gone to a hotel or a resort, then later looked up the reviews on Tripadvisor, you know how varied the perception can be of the same place. Ultimately, though, it’s your own experience that matters most to you, not what someone else thought.

Should I care that I’m beginning a course with a tutor who as garnered so many negative reviews? Maybe. Honestly, though, I prefer to form my own opinions rather than put faith in reviewers sheltered by online anonymity. I’ve taken enough AU courses to have faith in my ability to perform well regardless of how muchor how littleI like the tutor.

I think it’s safer to take ratings sites like RateMyProfessor.com with a large grain of salt. Without knowing anything about the students posting the ratings, it’s difficult to gauge where theyre coming from. While some comments might genuinely reflect the instructors abilities, they could just as easily reflect a personality clash between student and instructor, or even the students failure to devote sufficient effort to that course.

For me, Ill take sites like RateMyProfessors.com for their entertainment value only. And hope I’m never featured on the equally entertaining http://www.rateyourstudent.com/. 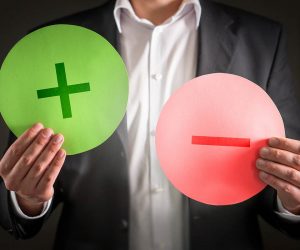 RateMyProfessors, AU and You