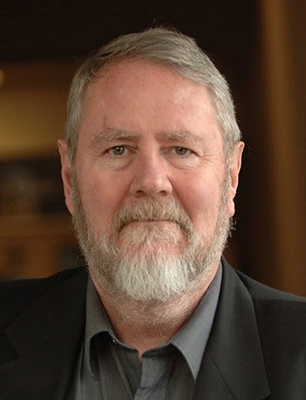 Professor Rory McGreal is the Chairholder in Open Educational Resources for the UNESCO/Commonwealth of Learning. He is also a professor in the Centre for Distance Education at Athabasca University, the director of the Technology Enhanced Knowledge Research Institute (TEKRI), and the co-Editor of the International Review of Research in Open and Distance Learning (IRRODL). He is also a founder of the OER Knowledge Cloud.

How did you find AU originally, and why did you choose it?
Before I came in 2001, I was the executive director of Tele-Education at New Brunswick at Distance Education Network in Eastern Canada. When the government changed, everything changed. I looked for other opportunities at that time. Athabasca is the leader in distance education, so I applied here and, fortunately, I was accepted.

Was it during the time of Prime Minister Stephen Harper?
No, it was before. It was the provincial government. I was there when Frank McKenna was in. He was very big on IT. In fact, he was the first politician in Canada to have an email address, so we were very progressive.

But he left after ten years and then the next government gave us no support at all and it started to die down and that was unfortunate.

What do you consider a unique aspect of AU compared to all other institutions in Canada?
Simple, we are the only online university. We have student residents in every province and territory in Canada.

What do you think is the main attraction for students outside of being online and distance?
I think by taking an AU course you are participating in the modern economy and society. But there is no such thing as a traditional course anymore. We are the leaders in online learning. The world economy is online; the world society is online; education must be online, and we are totally online.

For those who don’t know what UNESCO is, what is involved in holding the UNESCO chair?
UNESCO is a World United Nation Educational Organization. Our role there is to support strategic development goal number four: Education for All. It is estimated there will be about one hundred million students worldwide capable of post-secondary education by 2025 who wouldn’t be able to access it because either it’s not there, or they can’t afford it. We need to find new ways of addressing this problem. We believe, UNESCO believes, that open educational resources and free resources available on the internet will be part any of the solutions to the problems.

What’s the matrix that is measuring education readiness for that one hundred million?
That’s difficult to say because you are talking about 196 different countries. There cannot be one matrix for that.

But I think in a general way, it is how many of them we can provide within the university. In education, can we increase the number? How far down the road of massive open online courses can we go, and help to give access to these students who request access? By the way, they are not in a developing country.

In Canada, it’s a problem too because of the expensive education for our studentsstudents in remote areas and students in inner citieswho don’t have the funding they need to find ways of addressing their problem and getting access to higher education.

If you look at the services AU offers, what are one or two of the bigger ones that students don’t know about or don’t sufficiently take advantage of?
One that comes to mind immediately that is not necessarily AU. There are a huge number of scholarships, bursaries, and other things that remain unapplied for in Canada. There is a huge list of them, very easy to find online, and people don’t just apply. There is one, to give an example, the Irish Sport and Social Society will give a bursary to a student in first-year university or a second-year university student and half of the time they don’t even get any applications for it. You don’t have to be Irish to apply for it. That’s one example, but there are all kinds of societies and groups and philanthropic organizations that have funding for students. If you apply, you have a chance to get it; and if you don’t apply; you don’t get it.

If you can take a look at the next five years what do you think are some of the bigger changes in technology, generally, that we could take advantage of?
At AU, we have been the leader in the research and application of educational mobile devices. The fact is the world is going that way. We are using a mobile device right now for this interview, in fact.

So that’s one of the big wins. The other one is for us to get our databases in shape to use learning to help students by finding out more about our students, and how we can address their specific needs.

Where can students find mobile research opportunities at AU? Because they probably don’t take as much advantage of it as they probably could?
In general research, I would say talk to your professor and see. Professors, especially at the undergraduate level, don’t get many students asking them can I do research with you or anything like that.

I can give you an example. I just sent out a call for the Centre for Distance Education to graduate students. Hopefully, they get a research project with colleagues in Brazil, and the Canadian government will pay for this.

They will give bursaries for travel and expenses while in Brazil. They will give bursaries and expenses to Brazilian students to come Canada. That’s one example of what we do. I have worked with graduate students on a project to figure out who is using Fair Dealing policies in Canada, which universities are aggressively using them and which ones aren’t. What their policies are and how they are going about it?

So, for me, I welcome working with the students. They are cheap. They get about twenty or thirty dollars per hour depending on their level. We can get grant money to help them with that and it’s great experience for them, as well.

So, I think the students should take a look at that and challenge us, see what happens as far as getting some relief on the student service fees. Because of the open educational resources, we now have about twenty courses at Athabasca University that are almost completely open educational resources, and that save a huge amount of money rather than paying for expensive text books.

Editorial – Before the Fall 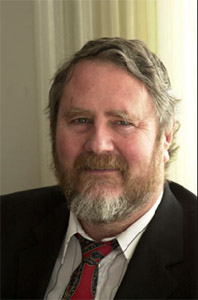