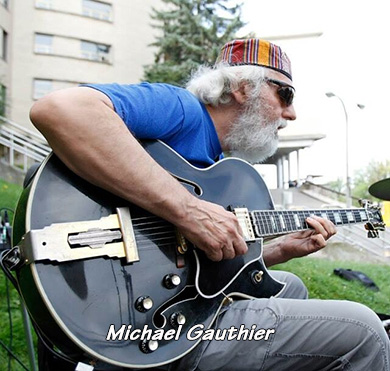 When I asked pianist Neil Cowley why his compositions had slowly moved away from jazz and toward more personal innovations, he replied, “My love of jazz came from things that swing. I listened to Erroll Garner as a kid. I adore playing that stuff and I’m actually good at it, but I no longer do it openly, because I don’t think it fits with how were living now. It feels like it comes from an age gone by, and I wish it wasnt. It would be glorious for music to be that happy, but it’s just not the zeitgeist of the age now.”

So what was the zeitgeist of our age? We tried to figure it out together, naming Robert Glasper, Marco Benevento and the circuit-bending phenomenon, and various other avant garde experiments before agreeing that none of these could be called a “scene” in the sense of a musical genre presiding over the entertainment industry the way Tin Pan Alley, big band, bebop, free jazz, rock music, and punk had done in their times. Already in the new millennium geniuses had appeared, and more were still emerging (among whom I counted Cowley, for sure), but these were all working along on their own, as Cowley did in his little studio in his English garden, braving loneliness and boredom to do justice to the musical messages burgeoning inside him.

Even listening was different now, Cowley observed. People didn’t go out to pubs and cafés to hear live music, and concerts, like the one hed just given as part of the Montreal International Jazz Festival were, he admitted, prohibitively expensive. Thanks in part to the new technologies, listening to recorded music may have been democratised, but live music had become the prerogative of the rich. With that trend jazz had become more elitist, formal, academic, and less of a voice for the downtrodden.

A case in point: In 2012 jazz baritone Giacomo Gates put out a CD of Gil Scott-Heron songs, shortly after Heron had passed away. The covers were a genuine and beautifully executed tribute to one of the most underpaid and undersung heroes of American music. In spite of being the sparks that eventually ignited hip hop music, Herons songs and poems got little airplay because they were just a little too challenging to the worldview that had been fabricated to maintain the status quo (“Whiteys on the Moon” is a great example).

After interviewing Gates by email I caught up with him at the bar of an expensive summer resort in Laconia, on New Hampshires Lake Winnipesaukee. The performance was remarkable, if a little predictable: a set of standards, a few reminiscences, and Gatess rich, deep voice accompanied by the brilliant Berklee alumni Bruce Gertz, John Funkhouser, and Jonathan Lorentz.

During the intermission Gates confessed to me apologetically that he couldnt do any of the Gil-Scott Heron songs for this crowd. And of course he couldnt. Genres like jazz, old tymey music, rai, tango, fado, and blues may have originated among the slaves, the poor, the exiles, and the disenfranchised, but once a genre became gentrified its voice changed along with its audience.

I brought up the same topic in my phone interview with jazz bassist Christian McBride, who had just as much trouble identifying “the next big thing.” But there was no doubt about jazz being a living, moving, shaping force in his life. Zeitgeist of the age or not, McBride loves jazz, believes in it, shares it, and uses it as an instrument of positive social change. He pointed to the Internet as both an obstacle and an opportunity for jazz musicians.

“Now that everyone has the ability to listen to any kind of music anywhere, at any time, theres no excuse for aesthetic ignorance,” he observed. “Theres absolutely no reason why a person cant have at least a pedestrian knowledge of any form of music, and if not, it just means they choose not to look for it. Sadly, I think that the more convenient things are the less people actually take advantage of that convenience, or they take it for granted.”

McBrides passion for the music gets manifested in his own playing, in collaborations, in his podcasts, and in the work hes done with Jazz House Kids, the amazing school in New Jersey founded by his wife, Canadian singer Melissa Walker. Jazz House Kids provides a holistic musical environment for jazz excellence, recruiting many big names in jazz to provide young people of all backgrounds with a jazz environment that not only helps them grow as musicians but also instills self-confidence, self-discipline, community values, and positive personal direction.

I know from experience how well jazz equips human beings for real life. Being the string section of the three-piece Radio Stardust Jazz Orchestra, my presence was demanded, from 2008 until 2010 at the Malmstroms once a week for dinner and music practice. It was a privilege and a half.

Jack and Susan, two artists from California, had moved to Nova Scotia to inhabit the rambling Simpson estate, which included a big main house, a carriage house theyd converted into studio space, and a number of outbuildings, all surrounded by gorgeous acreage where deer could often be seen loping along the edge of the forest.

Jacks favourite era was the 1940s, so their home was decorated as a kind of shrine to the era in which the house had been constructed. Dinner was always a delicious version of California cuisinelots of fresh vegetables, seafood, olive oil, fresh bread with pasta or rice that was nourishing yet light enough to keep our wits sharp for the musical brainstorm we were preparing. After dinner, wed take our tea out to the music studio and get to work building our repertoire of standards and original songs.

We were well aware that, as Cowley pointed out, jazz was no longer the natural musical language of the occidental human being. We were playing around with something that was now, despite its historical importance, not much more than a niche interest. Something only intelligent people liked to hear. But what we were doing was too alive to dismiss as cultural re-enactment. We were still improvising, making sounds that had never been heard before and that would never be heard again. We were writing original songs and arranging standards in new ways. It couldnt be anachronism; it felt too creative. We were all going through very difficult life circumstances, and we still reminisce about how healing and strengthening it was for us to be able to play jazz together during that time.

Theres something perpetual about the gift of jazz. Its as if God planted jazz as a tree beside the still waters and then stepped back and let it procreate infinite varieties of fruit. 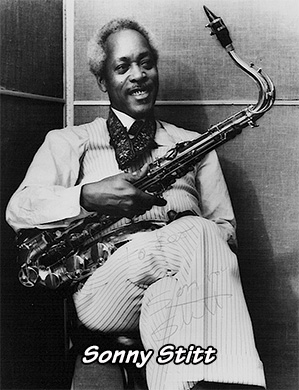 The last word should go to guitarist Michael Gauthier, who shared this wonderful anecdote, illustrative of the eternal quality of jazz:

“Back in the eighties there was an el primo jazz club in Montreal called The Rising Sun. Sonny Stitt, the famous bebop alto sax player, was playing there with a local band that included my friend, Art Roberts, on the piano.

“Art invited me to come see the show for free, so of course I went, and during the break Art invited me upstairs to hang out with the other musicians. He introduced me to Sonny, but after that I sat there like a peanut, saying nothing, just listening to all these guys in their forties and fifties talking together. 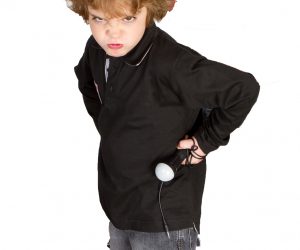 All the Music Be Happenin’ Now—The Importance of Context