Columns
The Voice
In Conversation – ..with King of Nowhere 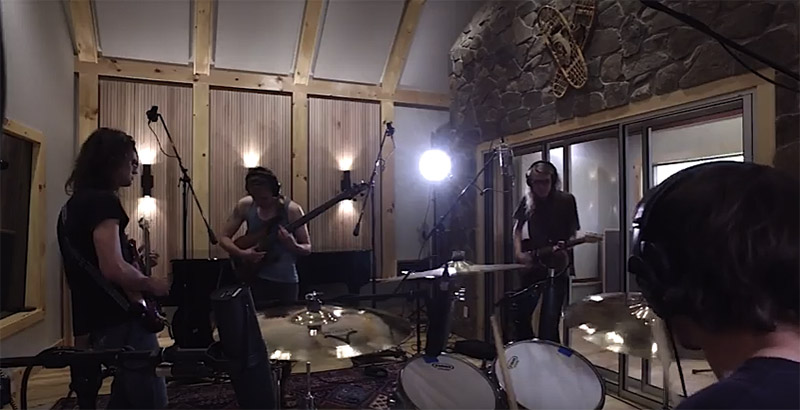 Blooms Hang Heavy, a thrillingly gothic album title for a band with the nihilist name King of Nowhere, was released on September 10. King of Nowhere, an alt-rock outfit from New England but now based in Brooklyn, New York, delivers a pungent mix of ambient, experimental, prog rock, and alt folk, accompanying clever lyrics sung, with resonant verve, by lead singer Jesse French.

In explaining the background of the song “Pigeons” in an interview with AXS, French explained: “Pigeons was written when I had first moved to New York and was staying with our bass player, Dylan. It grew out of a long conversation I had with this guy who was living outside, and is part of me processing the intensity of seeing extreme wealth and poverty existing right next to each other, and the ways that our spaces are designed to keep people out.”

Jesse French recently took the time to answer our questions about his background, the new album, and why politics play such a big role in his lyrics.

What were your early years like?
I read a lot of science fiction and fantasy novels. Asimov, Heinlein, Orson Scott Card. Kind o lived in my own world.

Who had the most influence on you musically?
My dad is a musician, and we used to play together a lot. That was hugely influential to me, and I was so lucky to grow up not only with access to instruments, a place to practice with a PA, and a few mics to start learning how to record myself, but also the guidance to head in the right direction. Lots of Neil Young.

Your songs are often occupied with political themes. Do you remember how you first awakened to the reality of injustice in the world?
I don’t remember that first awakening  I do remember staying up at night as a kid feeling devastated by all the horrible shit that was going on around the entire world. That understanding has since morphed from a visceral one to a more analytical one.

Why did you decide to speak into that with your music?
This stuff occupies much of what I think and talk about. I guess it would be weird if my art didn’t reflect that. Listening to Radiohead, Immortal Technique, and System of a Down when I was younger was a powerful part of that process.

What was the most mesmerizing musical experience of your life?
High on the list is performing in a friends thesis performance in college in a 20 or 30 piece ensemble (including some other current and former KON members), making nearly entirely improvised music. That experience taught me so much about listening and how to create with other people.

Why did you choose alt rock?
I don’t know that I chose it, exactlywe all listen to lots of different stuff and are interested in a pretty broad range of genres. The first band that Porter (KON guitarist) and I were in together, I played banjo and he played dobro. This just happens to be the way we sound right now.

If you had an artistic mission statement, what would it be?
Punk ideology, delicate sounds.

Whats your next project?
Were already working on some new songs, and I’ve been looking for a space to start recording them in. The next EP is definitely in the works. Also, our drummer Aaron and I are in another band called Young Tricksters thats about to release our first full lengthwe started recording that one over two years ago now. Dylan and Porter have songs were working on too. I play drums in some other bands, and record other peoples music as well.

In what way do you think music in general has changed since 2000?
What I’m really excited about is the increasing affordability of recording technology and the democratization of that process. Its incredible to be able to make records without being signed to a label.

The total budget for this EP, including the studio time, mix and mastering, and physical copies, was under $500. I have a recording setup that would have been absolutely out of reach financially to me a generation ago. 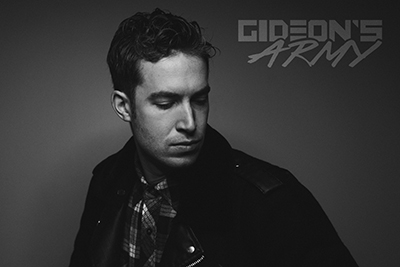 In Conversation with Gideon’s Army