Articles
The Voice
Leather up for Friday the 13th 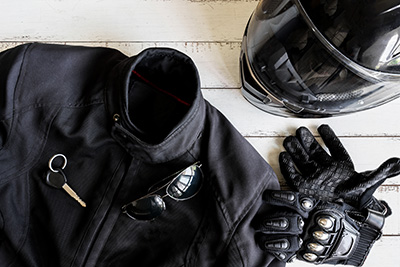 It’s my first Friday the 13th, and I’m clinging to the back of a motorcycle.  It’s a hot day and it feels great to escape the city’s heat.  Through my leather jacket and jeans I can feel the temperature drop as the highway slices through farmland.  Even with a bulky helmet on, I can discern the scents different crops throw off as we whiz through rural Southern Ontario.  Unlike being in the sealed environment of a car, motorcycle riding makes me feel immersed in the environment.

Along the way, a few other motorcycles join us.  Others zip by trailing a high whine of acceleration.  At each crossroads more bikes join the swelling parade.  The drivers acknowledge each other—regardless of what make of bike each is riding—by raising one gloved finger off the handlebars.  We don’t know each other, but we know we’re all heading to the same place.

It’s Friday the 13th in Ontario, and everyone is going to ‘Dover.  Every Friday the 13th, the sleepy lakeside town of Port Dover, Ontario explodes with leather, chrome, and the throaty roar of thousands upon thousands of motorcycles.

Anywhere in Ontario and beyond you can see motorcycles streaming toward a speck on the map to congregate for no reason except that everyone else will be there.

We arrive on the outskirts of Port Dover.  Traffic slows to a crawl, then stops.  There are only two major routes into this lakeside town, and they’re both closed to anything with more than three wheels.  We’ve got two wheels, so we whiz by stopped cars full of tourists.  They’re coming to see us, but they’ll have to park at the edge of town and hop on a shuttle bus or walk.

Cresting the hill of Port Dover’s Main Street, we’re met with the motorcycle mayhem that is Friday the 13th in Port Dover.  Angle-parked along both sides of Main Street and a double row up the centre, and spilling onto nearby side streets, are thousands upon thousands of motorcycles.  Heatwaves shimmer off polished metal while leather-clad bodies stroll through the streets, clutching helmets and checking out the chaotic array of bikes.

Kawasakis and Suzukis lean cheek-by-jowl with Harleys and Hondas.  Every make and model of bike is represented among the gleaming rows, from vintage models to the new three-wheeled trikes.  No one type has superiority here.  Today they are all of one breed.

There’s a party atmosphere in town.  Residents sit in their front yards to watch the annual invasion.  Entrepreneurs set up booths on available patches of grass to sell everything from t-shirts to tattoos.  A tanned woman wearing white lingerie and waving a bouquet clings to the waist of her leather-fringed groom as their Harley leads a wedding party through the streets.

This is Friday the 13th in Port Dover, Ontario:  one of the most amazing sights you can imagine.

Since each year has at least one—and as many as three—Friday the 13ths, the congregation of motorcycles occurs with predictable regularity.  Less predictable was the reaction of the residents of Port Dover.

Port Dover has a population of fewer than 7000.  The increasing popularity of Friday the 13th gatherings meant that residents’ numbers were soon eclipsed by motorcyclists.  Traffic in town on those days became a nightmare, with only one main route in or out of town, and the streets jammed with motorcycles.

After some initial resistance, Port Dover embraced the periodic invasion.  These days the  “13th”, as the event is popularly known, is managed much like the major tourist attraction that it’s grown to be.  Many streets are close to all but motorcycle traffic.  Tourists arriving by car—and there are thousands of them—are obliged to park in ad-hoc parking areas at the edge of town.  Local restaurants and shops burst at the seams and vendors do brisk business at pop-up locations.  Police direct traffic and pretend not to be too interested in biker insignia.  Sponsors hand out bottles of water and ranks of portable toilets handle the overflow.

Summer Friday the 13ths draw the largest crowds, with over 200,000 arriving for July 13, 2012.  Winter 13ths draw a smaller but determined group of well-bundled motorcycle enthusiasts.

From its humble beginnings, the Friday the 13th event has become a major draw.  Tourist organizations promote the event to bikers and non-bikers alike.  Media outlets bring their satellite trucks to cover the event.  Comedian Rick Mercer of the Mercer Report leathered up to do a Friday the 13th piece in 2013.

Even if you don’t like motorcycles, it’s a spectacular event.  In the decades since a handful of motorcyclists decided to take a tour along the shores of Lake Erie, I’ve only gone to one “13th”.  Having been to Port Dover on quieter days, it was incredible to see it jammed with people and motorcycles.  It was like the circus arrived in town, and I was a part of it.  That visit was more than ten years ago, but I still listen for the throaty roar of motorcycles heading to Dover every Friday the 13th. 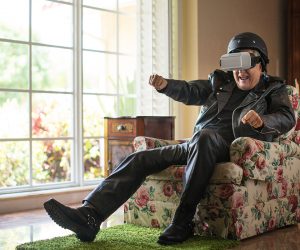