Articles
The Voice
Thursday the 12th 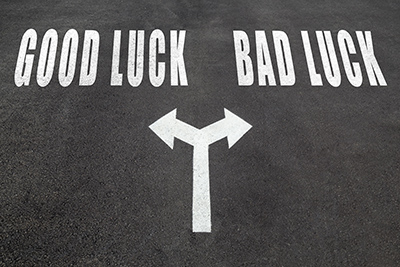 The history of Friday the 13th goes back, likely to the middle ages. There are all sorts of speculations about where this belief came from. But it is just that, a belief. The mind is a powerful thing and is something we don’t fully understand. It is entirely possible that this myth of Friday the 13th being bad luck is our own creation, we believe in bad luck for that day and so we create it ourselves, without knowing it.

If you are trying to be careful, thinking about it so hard, then the task becomes that much more difficult, you are overthinking it and the odds are, you are going to slip up. Maybe you’re slicing an apple and you are focusing extra hard on not letting the knife slip off and cut your finger, but in focusing so hard, you make just that happen.

Friday the 13th being in October this year is considered extra spooky because it’s October the month of monsters and goblins. It has inspired me to consider some appropriate reading for this month, what with the vibrant leaves, the cold and foggy mornings. While the day, and month, may be just another, it does set a certain mood.

For this month a few book recommendations would include The Witches of New York by Ami McKay, a book that I loved and, while it isn’t “spooky”, it is beautifully told and delves into the realm of witches and magic in our society; In a Dark, Dark Wood by Ruth Ware, while this one didn’t live up to the blurbs on the cover, it is, on its own right, a wonderful mysterious read (just don’t read too much into the blurbs); and the final one I will recommend is The Library of Souls by Ransom Riggs, now this one is number 3 in the series, I didn’t read the first two, but the cover drew me in. It is a fantastic read of particular people living among us.