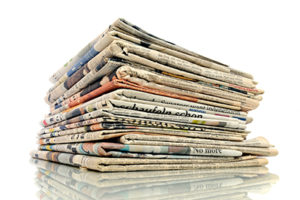 Mental Health Funding Boost for Students
“Post-secondary students in Alberta will be able to better access mental health services thanks to a three year grant from the province,” the Daily Herald Tribune said. There was an announcement made at Grande Prairie Regional College (GPRC) by Minister of Advanced Education Marlin Schmidt.

GPRC President and CEO, Don Gnatiuk, described the announcement as having direct and positive impacts on the lives of students. GPRC will get $675,000 for three years. An additional $40,000 was announced for Indigenous students at GPRC for access to mental health projects.

Schmidt noted that he wants all students at GPRC to be able to access the mental health supports available to them, whether regarding “sexual harassment or assault, or…if you’re struggling with addiction.”

Saskatchewan Catholic System’s Largest Expansion in Provincial History
According to the Catholic Register, after using the notwithstanding clause for the protection of Roman Catholic education school system in Saskatchewan, the Catholic system is undergoing its “largest expansion in the province’s history.”

Nine schools opened in the fall alone. Last April a court ruled that the province cannot fund non-Catholic students in the Catholic schools. Premier Brad Wall’s government used the notwithstanding clause to disregard that ruling.

This overruled the court to affirm the presence and growth of Roman Catholic education in Saskatchewan. Chair of Greater Saskatoon Catholic Schools, Diane Boyko, said, “Parents have made a decision to embrace Catholic education. That’s the most important endorsement that we could have.”

The Government of Saskatchewan paid for all nine Catholic schools.

Alberta Withdraws from Western College of Veterinary Medicine
Horse Canada stated, “The Western College of Veterinary Medicine (WCVM), jointly established by the four western provinces in 1963, is part of a world-class hub for animal and human health that is based at the University of Saskatchewan and provides high-quality research, education and clinical expertise to Western Canada.”

Marlin Schmidt, the Alberta Minister of Advanced Education, made an announcement of the non-renewal of the contract with WCVM after 2020. The financial support comes to $8 million per year. Tony Vannelli, the University of Saskatchewan Provost and Vice-President Academic, described disappointment in withdrawal from one long-term partner.

the highest honour in Alberta: Alberta Order of Excellence.

Allan is a chartered accountant and community volunteer. He described the order as “overwhelming and very humbling. Werklund said he is a “big believer in coaching and mentoring throughout wherever I’ve gone.” Werklund is the founder and chairman of Tervita, which is an environment and energy services company.

He touched on being an employer as not only about making money, but also about making a positive impact in people’s lives. Werklund has the University of Calgary faculty of education named after him, circa 2013, as the Werklund School of Education, after a donation to the department. 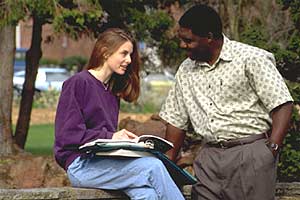 From My Perspective – Counsellor Liability