Articles
The Voice
All the Music be Happenin’ Now—Marty Night 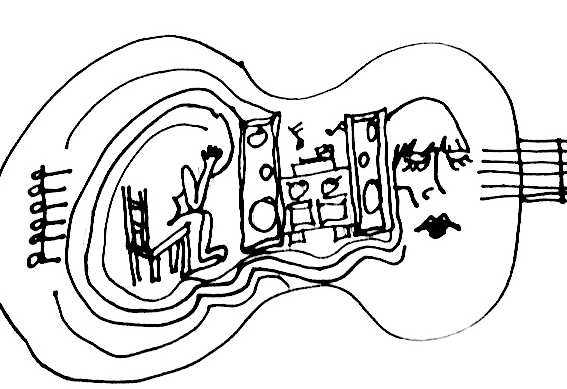 Neil Cowley, the brilliantly inventive pianist who, incidentally, backed up Adele on “Rolling in the Deep,” told me about someone he knew who’d taken great pains assembling the best phonograph system money could buy, even ordering specific parts from overseas.  When at last he’d felt it was ready he put on a Joni Mitchell vinyl LP and closed his eyes.

He had arrived.  He could swear that Joni was standing right there, singing to him alone.  It was enough.

After that the man scrapped the whole sound system, preferring to simply cherish the epiphanous experience as a precious memory.

Here, once again, is an example of something that probably could only have happened after the year 2000.  Mural-size stereo systems no longer being the listening devices of choice for the masses, high end audio equipment and parts can still be purchased just about anywhere, if you’re willing to pay.  Joni Mitchell did present a particularly high calibre of listening pleasure, but she was no longer touring, so listening to her live was not an option.

As for why the man would chuck such an amazing system without at least listening to Jesse Mae Hemphill on it, well, we’ll just have to chalk that up to the eccentricity of the leisured class.

Neil also remarked on groups that met to listen reverently to vinyl albums, discussing them just as reverently afterwards.  I can dig it; I miss the whole vinyl experience, with its full, sonorous scratchiness and the delight of sitting on your friends’ bedroom floors as they present you with a retrospective of their older siblings’ record collections.  I miss the whole idea of LP records as art forms with story arcs, great cover art, and room for stickers, buttons, posters, and reefer paper.

But there’s something deeper, and we had to endure the failed despotism of the music industry to realise what we’d thrown away.

Better Than Vinyl?
Our earbuds, providing us with a soundtrack to life, ennoble our tedious days, right? Well, not really.  They may provide the ordinary subway rider with the illusion that they’re the star of a moving scene in which something spectacular is about to happen, but the buds shut out opportunities to hear what’s really going on.  And sometimes what’s really going on is pretty amazing.

I’ve already mentioned how playing in small bands kept me sane through some dark times, but I haven’t really explained what exactly it was that made playing with other musicians and singers so wondrous.

There’s something transcendent about listening to other musicians around you and beside you, adjusting your volume and tempo to theirs, feeding off their music or having your own moments of inspiration and allowing the others to feed off you.  Given enough freedom and encouragement, even amateur groups can generate moments of celestial harmony that can never be repeated.

Friday Night Music
Not long after I’d hauled my Labrador retriever, my banjo, and my guitar down to the home of my brother Ben in New Hampshire he had the bright idea of inviting a few friends over once a week for a music jam.  One couple had a son named Marty who was around the same age as Ben’s boys, and it tickled them pink that Marty was to come over every week and play with them while the grownups hootenannied.  That’s how the event came to be known as Marty Night.

We didn’t care how we sounded, but when we sounded good we were especially happy.  We played and sang mostly folk and classic rock, but we also did jazz standards, world music, hymns, old tymey, and bluegrass.  We threw in a few surprises, like “Brand New Best Friend” from the cartoon Phineas and Ferb, the Bonanza theme song, and some very weird songs brought to us by a neighbor who turned out to be a goldmine of strange old tunes.

Every week someone would say, “Hey, could we do this one?” and somebody would later look up the song with its chords and print it off to hand out next week.  We all kept song binders, and sometimes there were long delays between songs as people tried to find the right sheet, which is when the rest of us would snack on home-baked goodies and sip herbal tea or artisanal beer.

Recently my brother Ben’s house burned to the ground.  Thankful that no one was hurt and that the family had found a good place to stay, I didn’t really feel the loss until I realised that the living room in which we’d gathered every Friday night was now gone.  I still can’t quite accept that such hallowed ground wasn’t in fact eternal, a little piece of Glory Land fallen to earth for our joy and healing.

Marty Night, if it had happened in the 20th century, wouldn’t have stood out as anything particularly special, but in this age of musical isolationism it was a rare and poignant reminder that life is beautiful, in and of itself, and that connecting with others through music is a privilege we never want to lose. 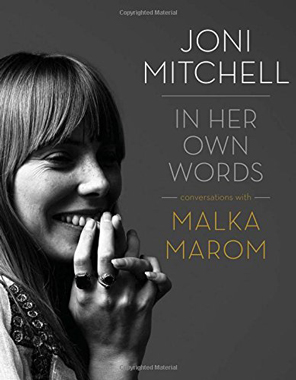 The Mindful Bard – Joni Mitchell: In Her Own Words