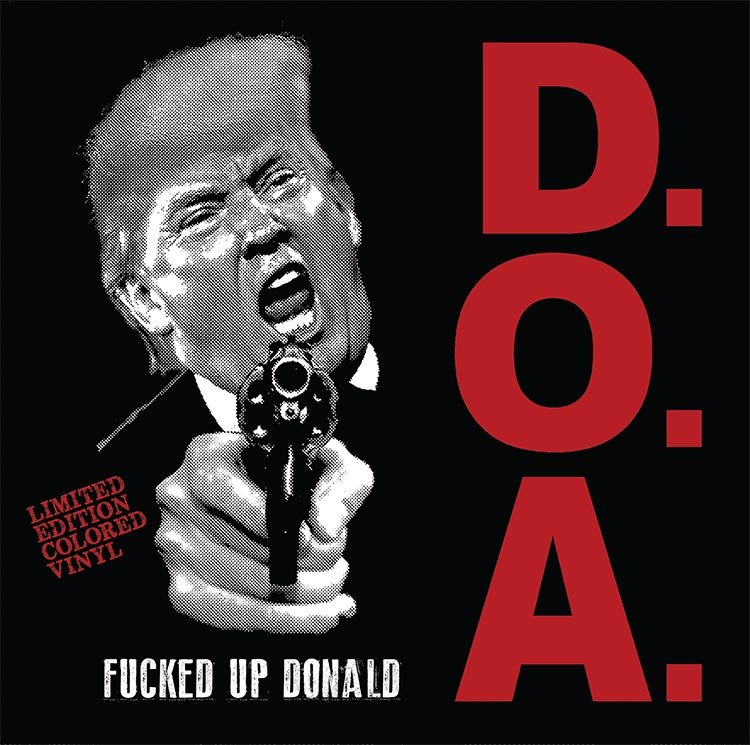 Coming from their summer tour that took them across Europe and Asia, D.O.A. are right back at it for their Canadian Fight Back Tour.  D.O.A.  have never been shy when it comes to political issues, and nothing has changed in the face of the current political environment.  The poster for the tour shows an angry President Trump pointing a gun.  It is a pretty clear sign who they are taking a stand against.  With all of these tours one would think the band might want to take a break, however the guys are ready to put their nose to the grindstone this winter to record a new studio album.  D.O.A. has had many band members but currently it consists of original band member, Joey “Shithead” Keithley with his guitar, Paddy Duddy on drums, and Mike Hodsall on bass.  All of the band members contribute vocally.

A mix between the musical styles of Rise Against and the political power of Rage Against the Machine, D.O.A.  are no novices in the punk scene.   Having created sixteen studio albums and multiple live and collaborative projects, this band is well-practiced when it comes to recording.  One of their first projects, Hardcore 81’, is an excellent example of how this band helped push the hardcore punk scene forward.  The iconic drum beats and shredding guitar and vocals have left a mark on modern punk music.  Even though this album is thirty-six years old its themes still hold strong today.  “Smash the State,” “Slumlord,” and “Race Riot” are all songs that relate to the times we are in today and show that this band has always been outspoken about political issues.

Festival of Atheists is another album that focuses on an important issue.  Religion can be a touchy subject to dive into, however the guys use their hardcore style to not only express their feelings about religion but a wide range of subjects.  Again, the band has touched on a subject that holds relevance years later.  Having a public opinion about a touchy subject can often cause backlash and ridicule from the opposing side but having punk music as an outlet for those opinions is a creative and healthy way to share your thoughts.  D.O.A. has proved on many occasions that they have the intelligence and fortitude to handle talking about issues in the public eye.

Not only is Joey Keithley a founding member of the band, but he also runs Sudden Death Records.  This offers the band an interesting opportunity to release what they want, on their schedule.  The label has many bands and artists under their wing.  With their upcoming tour and recording a new album in the winter, these guys have a busy year ahead.  All of the bands info and tour dates can be found on Sudden Death Record’s website.  If you get a chance I strongly recommend going to see this electrifying band. 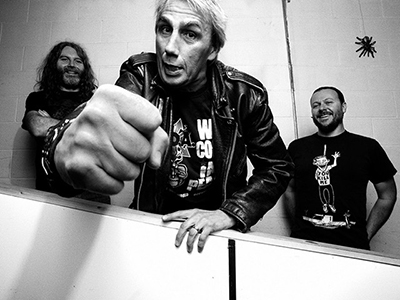