Today, Prime Minister Trudeau apologized to the survivors of the residential school system in Newfoundland and Labrador. This is part of a $50 million settlement reached between the government of Canada and those survivors.  Lately, I’ve started to see people start to refer to Mr. Trudeau as “The Sorry Prime Minister”, others joke that he’s playing into the stereotype of Canadians always apologizing.  Still others I’ve seen have wondered when he’ll stop his “World Apology Tour” and return to governing Canada.

Personally, I think what he’s doing is an important part of governing Canada.  Apologies are worthwhile things, because with an apology is an acknowledgement that the one apologizing understands they did something wrong, and, when not just a pro forma saying, a commitment to learn and be better in future.  In that respect, apologizing is governing our country.  It’s laying out a future course that we, both as individual citizens and in the collective sence that we call government, should strive to adhere to.

However, this particular apology bothers me.  It shouldn’t have been necessary.  In 2008, Prime Minister Stephen Harper made an apology, along with a settlement, to the survivors of residential schools across Canada, with the exception of Newfoundland and Labrador.  The reasoning was that since the residential schools that were in Newfoundland and Labrador had not been established or run by the Canadian government (as they were set up before the province was part of Canada) that Canada had no fault in them to play.  This strikes me as particularly facile reasoning used primarly to justify pinching some pennies (though admittedly, quite a lot of pennies).  When we accepted the province into Canada, we took on responsibility for what was going on in it, and to essentially hold our hands up and say, “Not our fault” when it came to this overdue apology and settlement strikes me as avoiding the issue.

How much worse must it have been for those victims from Newfoundland and Labrador, seeing Canada acknowledge the problems and brutality of the residential system across the country, with the single exception of them.  Their experiences were no less brutal.  The knowledge of what was going on there was not hidden from anyone.  They should never have been excluded from that first acknowledgement and apology, and that they were is something that, in some ways, makes the entire incident even worse.

Remember,this is not an issue from the days before most of us were around.  The bulk of the residential school system was only closed in 1986.  The last residential school only closed in 1996. When I first found out about how long they remained open for, I was stunned. I’d always thought it was a problem from before my time.  But the fault for these is, at least partially, on me as well, for not being aware enough of what our government was, has been, and is doing.  That’s something that we should all be sorry about.

So, I say again, this apology shouldn’t have been necessary, but it absolutely was.  And for anybody reading this who has been affected by the residential school system, I, too, am sorry.  In a way, I failed you as well. I can only say I’ll try to do better. 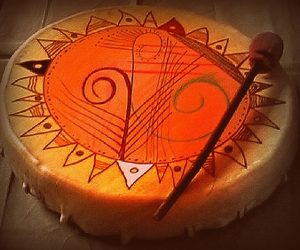 All the Music be Happenin’ Now