This will be coming out after the winner of the 2017 Scotia Giller Prize has been announced.  For the record, I am hoping for I am a Truck by Michelle Winters.  I am rooting for her for many reasons, including it being a wonderful read.  But also because it stands for a lot—it is an unconventional book.  Its length is shorter than most, even shorter than the prescribed acceptable novel length. It was published by a small independent publishing house (Invisible Publishing), and the plot takes twists and turns that are utterly unpredictable.

Will Winters win the prize? I really don’t know.  I confess I didn’t read all the books that made the shortlist.  I only read Winters and Rachel Cusk’s Transit, which was also a wonderful read, as I am sure they all are.  I wish I had been able to get through them all, but time and other responsibilities prevented it.  While having read the books enhances the enjoyment of watching the presentation of the award, not having read them doesn’t hinder, at least for me, the enjoyment.

I find it incredible that this literary award is being presented on live TV.  I have always thought that it would be great if manuscript acquisitions were presented more like the NHL, NFL, or various other “L’s”, how exciting would that be? For everyone to be in the stands, all the hype that permeates the air? Instead, writers and agents alike sit anxiously in front of their computer waiting for an email.  If it is a “yes” there is a lot of excitement, but it’s celebrated in the confines and seclusion of a home (likely) and leaves everyone else a bit in the dark about the process.  So, when they announce this award on CBC it will be the closest I can get to feeling the excitement and nerves of that moment for those writers.  It will be a moment when they have achieved something great.  And I get to, in a way, be a part of it.

In all honesty, watching this prize since plunging myself into the publishing world has made me realize a few things: one, I now kind of understand why my husband likes to watch sports drafts; two, there is so much going on behind the scenes that we just don’t know; three, anyone can win if their writing is up to the standard.  Before really sinking into this world the process behind literary prizes was a bit of a mystery to me.  I still enjoyed watching them, reading them, and picking a winner, but I never understood the process behind the nominations, selections, or that many of these were debut authors like Winters, who had a box full of books at the end of her bed (according to one interview I read) wondering what she would do with them all.

The literary prizes are great for getting a writer’s name out there.  Before the longlist came out I hadn’t heard of I am a Truck or Michelle Winters.  I am so thankful that I have, because this book has inspired me to choose my own path and shown me that it is possible to do things your way, unconventionally.  And tonight, I’ll be tuning in to watch the presentation of this award. 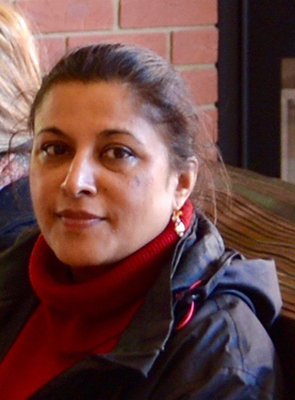