Articles
The Voice
Gambling for Grades 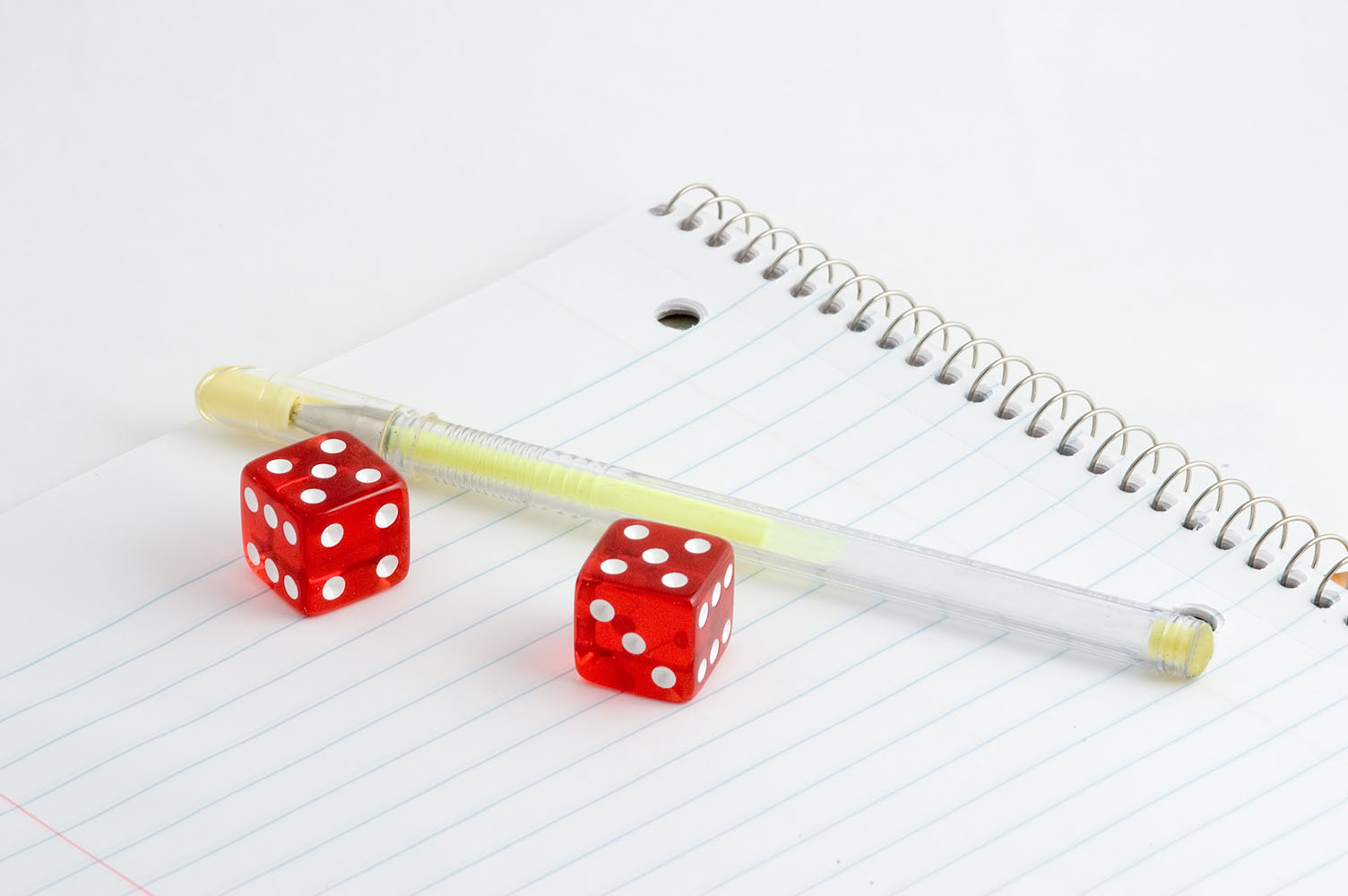 Do you ever feel like when you submit an assignment for marking, you’re playing roulette?  Occasionally, the results seem random, just like the spin of a wheel.

Most of the time, assignment marks seem to be reasonably accurate assessments.  But once in a while, I wonder if the marker just pulled a random number out of a hat.

Round numbers—those marks ending in a five or a zero—seem to come up with more than the average frequency.  While it’s not unusual to have an assignment marked with a round number—I’m particularly partial to 90 and 95 myself—it’s a bit suspicious when you get several from the same tutor.  I had one English course in which three essays and the exam all resulted in round-number marks.  Did the tutor only have numbers in increments of five on their dart board?  How accurate is their assessment if they are only working with a few possible mark outcomes?

There’s also the semi-fictional “100”.   A grade of 100 is apparently achievable for some assignments and for some courses only.  My final exam for PSYC 289, as well as all the quizzes, was multiple choice.  Answers were either right or wrong and not subject to the marker’s opinion.  A mark of 100% for that exam, and for the whole course, was possible.  I didn’t get 100, but at least I was confident the potential was there.

For other courses, though, a grade of 100 seems to be a carrot dangled just out of reach. How often does a student achieve a grade of 100% for an essay-based course?  Even getting 100 for a single essay seems as elusive as the pot of gold at the end of a rainbow.

When I receive an essay back from the marker, my expectation is that I should be able to determine what I would have needed to do to achieve 100.  If the tutor’s comments can’t explain the gap between the assigned mark and the potential mark (100, if you believe that), then how did they arrive at the mark they assigned?

There seems to be a notion among markers that an essay has to achieve perfection in order to be awarded the “perfect” mark of 100.  This is nonsense.  The only requirement for earning 100% should be “did the student fulfill the requirements of the assignment.”  If the student achieved the objectives that the assignment was meant to assess, then they earned full marks.  There is not one ideal essay toward which we all should strive, but many possible exemplary essays.

Just because an essay can be improved upon does not signal that marks must be discounted.  Any piece of writing can be improved upon.  100% should be possible with every essay assignment and with essay-based courses.  If 100% isn’t possible, then why is it even on the grade chart?  Why are we measured against it?

It’s often said that education shouldn’t be about the marks.  That’s absolutely true.  Marks shouldn’t matter.  But as much as students would like them not to matter, marks do matter—a lot.  Want to apply for a scholarship?  The majority of them require a minimum Grade Point Average.  Want to get into an advanced program?  They’ll want to look at your grades before anything else.

It seems to me that grades matter.  And because they do, I would like to think that the same care goes into assigning grades as was put into earning them.  I don’t like to feel I’m spinning a wheel for marks, especially if that wheel has been fixed to avoid anything above 95.

Students put a great deal of money, time, and effort into their courses.  It’s meant to be an investment, not a gamble.  If students wanted to play roulette, they’d go to the casino.  The marks we earn for our investment should represent an accurate assessment, not just the spin of a wheel.

Major in the Liberal Arts and You May Be Penalized