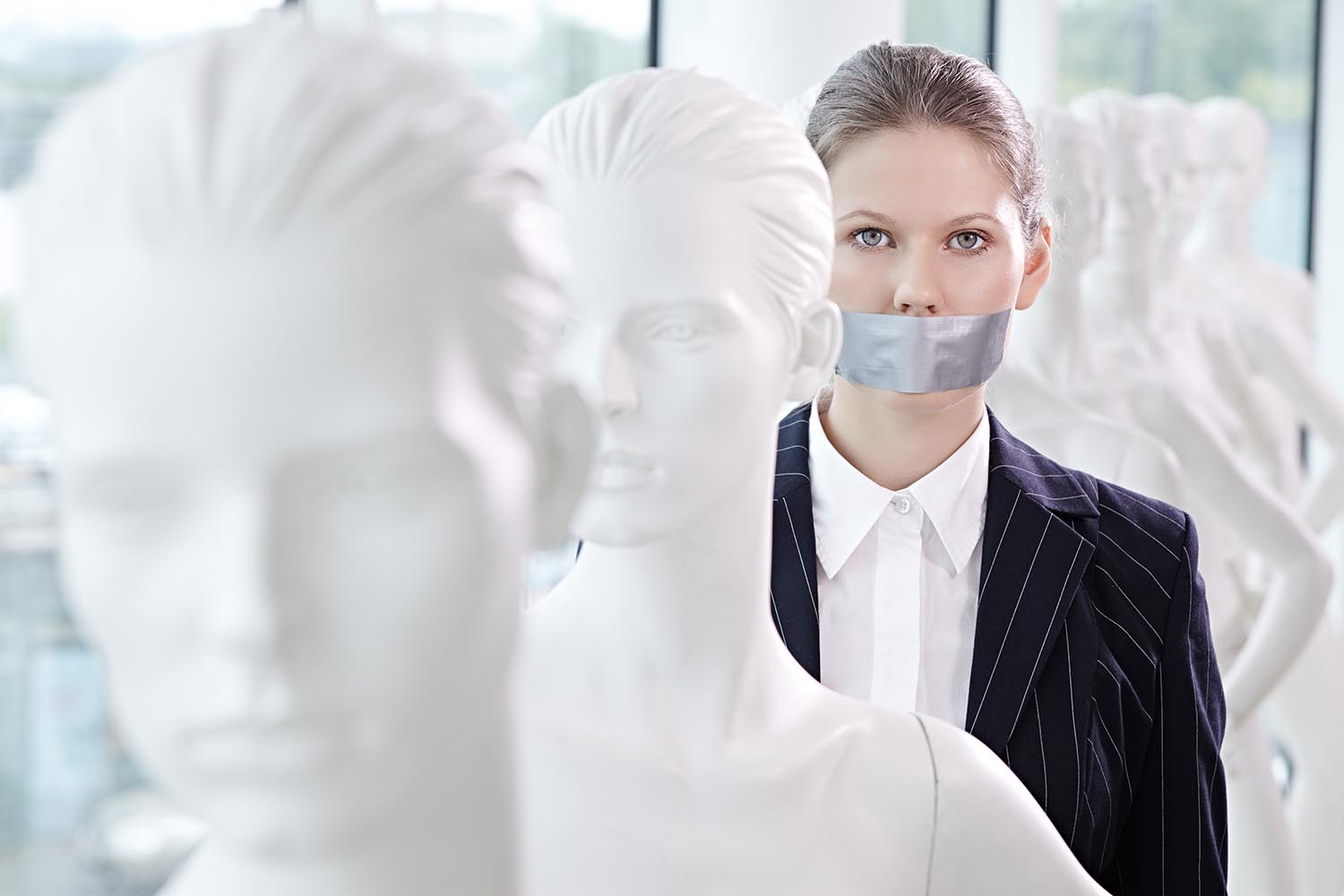 University students, why are you pursuing a higher education?  For most of us, the answer is simple:  we want to gain the skills required to get good jobs in our chosen fields of expertise.  We go to school so we can reach our full potential and achieve our goals.  Since we’ve been sentient, we’ve been asked what career path we want to pursue.  Maybe you looked up at your mom or your kindergarten teacher with your wide, wondering eyes and answered that you wanted to a be a firefighter, a lawyer, a doctor, an indoctrinated sycophant for a postmodern, neo-Marxist ideology–wait, no, probably not that one.  Too bad, as some university administrations seem to want nothing more than to send you out the door with your shiny new Master’s Degree in groupthink.

One such university, it appears, is Ontario’s own Wilfred Laurier University.  The administration of Wilfred Laurier has come under fire from free-speech advocates (read: a group of people that should include all people but unfortunately does not) for reprimanding 22-year-old teaching assistant, Lindsay Shepherd.  Lindsay’s crime?  Exposing her first-year Communications Studies students to an excerpt from a video debate between University of Toronto psychology professor Dr.  Jordan Peterson and another lecturer.  The debate was centered on the then-proposed Bill C-16 and the use of non-binary gender pronouns in general (the use of pronouns like “they” or “ze” to refer to a single, non-traditional trans person).  Professor Peterson has gained nationwide infamy in the past year for posting several controversial YouTube videos expressing his concerns about the far-reaching implications of what he considers the criminalization of pronoun misuse.  The bill was passed last June and is now law.

Shepherd secretly recorded her meeting with her supervising professor, which the National Post reported, culminated in several censorious measures, including requiring her to hand in her lesson plans to her superior for review and the potential for in-class supervision.  The recording is telling.  In it, Shepherd is told that she was “promoting violence against trans persons” and “creating an unsafe learning environment” by simply showing her students the video without first prefacing Dr. Peterson’s perspectives as “problematic”.   It appears to be entirely uncontested that she showed the clip for the purposes of promoting a healthy discussion and to fairly present both sides of a controversial issue, but this was of no consequence to her accusers.  At one point, her supervisor even states that Shepherd’s efforts to stay politically neutral were “kind of the problem” and compares doing so with presenting the views of Adolf Hitler in a neutral fashion.  As if that’s not the most wildly hysterical and intellectually lazy comparison of all time.

Without some clarification, I expect I’d be inundated with diatribes about the importance of being sensitive to the unique plight of trans folks.  Before that happens, consider this:  any position on gender expression and the use of non-traditional pronouns is irrelevant to the more central debate around campus censorship and indoctrination.  There is no reason why the protection of free speech should be a partisan issue.

Your time in university should be rife with debate, exposure to new ideas and opportunities to develop critical thinking skills.  This woman made no effort to defend Dr. Peterson, and she said multiple times in her interview that she disagrees with his perspective—she merely wanted to present both sides of a contentious social issue without bias and allow her students to analyze each argument on its merits.  Well-intentioned or otherwise, her supervising professor effectively punished Shepherd for refusing to treat students like infants who must be spoon-fed the “right ideas” because they don’t yet have the intellectual “toolkit” to reason their way through a sophisticated argument.  Shepherd is right when she says that shielding students from certain perspectives to protect their fragile sensibilities is antithetical to the purpose of higher learning; you should leave university with the skills to orient yourself in a world full of people that won’t always agree with you.

Lindsay’s story is a success story.  Her courage in defending herself and the purpose of a quality university education is being recognized by respected figures in media and academia nationwide and has resulted in apology letters from both the Laurier President and her supervising professor, although I think the need for damage control measures after the considerable media blow-back casts reasonable doubt on their sincerity.  It is fortunate that Lindsay had the presence of mind to record the encounter, or her academic credibility might now be questioned.  Be like Lindsay.  Fight the indoctrination and expose it when it rears its ugly head.  Hold your administrators to a high standard and, together, let’s ensure that this “soft bigotry of low expectations” has no place in our post-secondary institutions.