Articles
The Voice
Expectations versus Reality 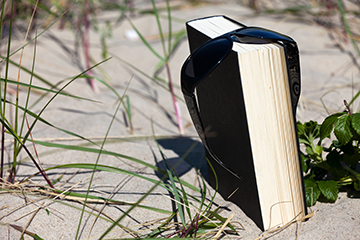 There are many pros and cons to being enrolled in six courses.  I started at Athabasca University in November of 2016 and at the end of 2017 I will have completed 14 courses.  That’s about one course per month.  The pros to doing this include finishing my degree sooner, never losing momentum, and never forgetting relevant material from previous courses.  Despite those pros, the cons can take a toll on your physical and mental health.  The cons include feeling burnt out, fatigue, losing motivation, and extreme procrastination, which are all things that I have personally dealt with.

Mid-way through August of this year I decided that, if I was going to continue to do this heavy course load, I would have to make some time for myself and my family.  My boyfriend and I decided that we would take a week-long trip to Cuba in November for our anniversary! The booking process, the planning, and the anticipation was all very exciting, however, it was a major distraction from my school work.

From August through November I set realistic weekly assignment goals for myself, and, at first, I completed those goals.  I set the goals to make sure I stayed on track with my school work and to try to eliminate any work that would have to be done while being in Cuba—after all, that week is supposed to be relaxing! But once November came around and the excitement started to set in, I began to slow down and hardly ever met my goals.  This meant that I would have to either complete some school work on the plane and at the resort, or work extremely hard when we returned home.  At this point I did not have much faith in myself to get a bunch of work done when we got back, so I decided to bring some school work with me to Cuba.

Fortunately, the bus ride from my home to the Toronto Pearson International Airport is over an hour and a half, the flight from Santa Clara, Cuba to Toronto is almost four hours, and the bus ride from the airport in Cuba to the resort is close to two hours! Some of you may think that would be exhausting (which it was!) but it allowed me a lot of time to work on written assignments on my laptop and get through some textbook readings.  Before I left I told myself that I would try to save most of the textbook readings for when I am at the resort.  Rather than doing an assignment, I could read in bed, by the pool, on the beach, and in the lobby while sipping on some Piña colada’s, “It would be great!” I thought.  Not so much.

During the bus ride to the airport I read some of my textbook and the moment I got onto the plane I pulled my laptop out and set it on the fold out table tray and began working on an assignment.  Our flight was slightly delayed which helped because I got about a half hour of work done before take off.  Unfortunately, the flight attendant told me that I had to put my laptop away during take off and once I did that there were so many distractions (seriously, stop serving me champagne and cookies!) that I did not even think to pull my laptop out again until after the first hour while in flight.  After that initial hour I grabbed my laptop and did some more work.  Distracted work, but nonetheless, work.  With the flight attendants constantly turning on the intercom to give you information or sell you things, coming down the centre isle offering you drinks and snacks, and people standing up and walking around to talk to their friends on opposite sides of the plane, do not expect to have much chance to do work without any distractions.

When we arrived at the Santa Clara Airport and got onto the bus to head to the resort I realized that there would be nowhere to set a laptop down and do any work.  Plus, the entire bus ride was narrated by a tour guide, so it would have been distracting regardless.

Finally, once we arrived at the resort, all expectations were thrown out the window.  I did nothing school related all week.  Absolutely nothing.  I sat in a pool, drank copious amounts of alcohol, ate way too much food, made friends, and completely forgot about school.  Honestly, it was exactly what I needed.  Even if I had decided to pull out a textbook while at the resort I would have never retained any of its information.  Thankfully, the five-hour plane ride home (with an annoying layover) was filled with tired people who were also just finishing their vacation, which gave me plenty of time to do all the readings that I would have done during the week.

Despite not completing everything I had hoped to complete, I had a great, relaxing week that was much needed.  My biggest advice to any of you travelling during your school year is to try to get as much work as you possibly can before your vacation even begins, because reality will set in and you will quickly realize that almost nothing will go according to plan.  Now, it’s time I get back to work!

On Target – Enrolling in my Final Course