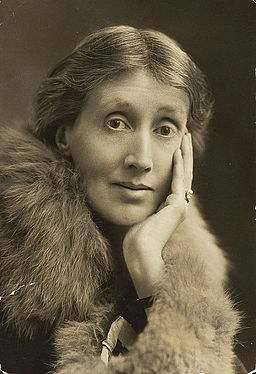 Virginia Woolf was born on January 25, 1882, in London, England, and died March 28, 1941, in Lewes, Sussex, England.  Virginia was an English novelist, critic, and essayist. Her father, Sir Leslie Stephen, was a scholar who spent time as editor of the Cornhill Magazine as well as the Dictionary of National Biography. When Virginia was twelve years old, her mother died. Virginia and her older sister were home schooled in her father’s library.  As a result, she met many famous writers and scholars with whom her father had been acquainted, thus sparking Virginia’s interest in literature.

In 1912, eight years after the death of her father, Virginia married Leonard Woolf, who was a bright young writer from Cambridge England. They first met while Virginia was visiting her brother, a student at Trinity College. Leonard described Virginia as “the most Victorian of Victorian young ladies.” While on their honeymoon, Leonard discovered that Virginia had experienced sexual abuse as a child and had a strong aversion to sex.  In spite of this, the couple wanted to have children, but were advised not to because of Virginia’s mental health issues.  During the marriage Virginia became involved in a lesbian relationship, which Leonard was aware of and did not object to.

The Woolfe’s shared many common interests and together founded the Hogarth Press. Their first printed volume was “Two Stories by L. and W. Woolf.” This was one of many successful books published by the Hogarth Press, whose guiding principle was to publish young and unknown writers.  From a young age, Virginia had been writing essays for the Times Literary Supplement. Eventually her critical essays were published in a two volume collection titled “The Common Reader “in 1925 and in 1933.  Throughout the years English Literature students have studied these criticisms to try to understand Virginia’s work as a novelist.

During her life Virginia Woolf struggled with bipolar disorder.  It is said that several of her characters were developed as a result of her mental illness, especially Mrs. Dalloway (1925). In the course of her lifetime Virginia Woolf published approximately fifteen books, the last, “A Writer’s Diary”, was published in 1953, following her death.  Virginia received critical acclaim for much of her work, including “The Voyage Out” in 1915. “Night and Day” in 1919 and “The Waves” in 1931.

Virginia Woolf’s death by drowning in Sussex, England, in 1941 was often thought to be a suicide. At the time of her death Virginia had left a note for Leonard stating: “I don’t think two people could have been happier than we have been.” Virginia was greatly impacted by the burdens of life during World War II. Over time she grew fearful that her mental disorder would become a permanent condition she would not be able to overcome.