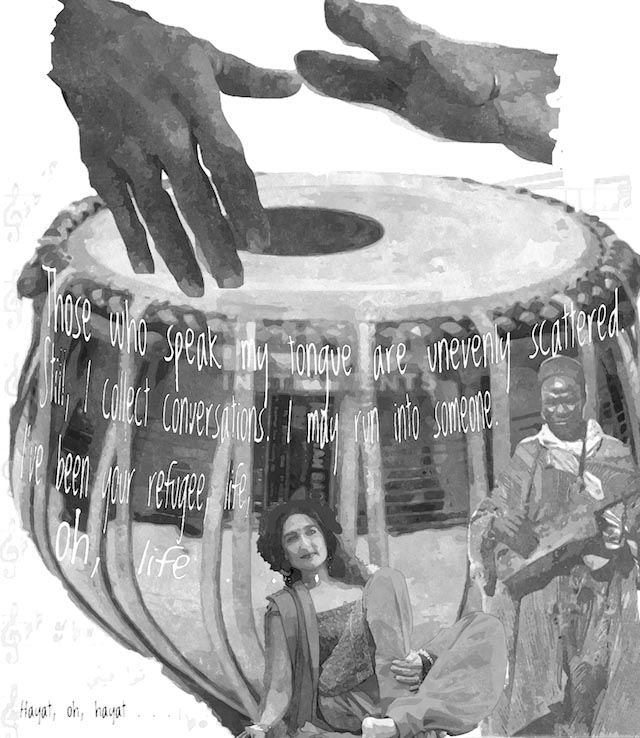 Late in the summer of 2016 my husband and I were strolling past Station Parc in Montreal when we happened on an open-air performance by Indian songstress Kiran Ahluwalia.  It was a welcome bit of serendipity.

Obviously formally trained in the Indian classical tradition, Ahluwalia’s voice soared with beauty and pulsated with meaning.  Her entire discipline seemed an effort to get herself out of the way so the music could have its say.  Her husband, Rez Abbasi, played electric guitar in a style richly influenced by Tuareg music.  There was also a brilliant tabla player and a thrilling, polyrhythmic accordionist.

Ahluwalia had managed to wed Indian music to North African desert blues.  Both desert blues and Indian classical music point to the root of music’s mystery, so mixing them was an idea whose time had come.  I later found out that she called her music, quite appropriately, “Indo-Saharan.” The blend was seamless.

Ahluwalia sang in Urdu, introducing each song with a brief synopsis of its translation.  One song was about that evil inner voice that keeps trying to sabotage your growth, and another was about necessity being the mother of enlightenment.

It was clear that this woman had a finely honed spiritual consciousness.  And so when I interviewed her by phone a week later I wasn’t surprised to learn she was Sikh.  I was, however, a bit surprised to find that she wasn’t all that religious.

“I find peace when I go to the Sikh temple,” she admitted, but— “I have a love-hate relationship with God, a maybe-you-exist, maybe-you-don’t kind of a relationship.  I believe that we’re connected.  We can’t ignore something horrible that’s happening to a group of people without having it come back to affect us negatively.”

A Secular Holiness
I shouldn’t have been so baffled by the contrast between the intense spirituality of her music and the relative agnosticism she espoused.  My own on-again, off-again religious life, prompted by spiritual epiphanies and inevitably doused by encounters with religion in action, had occasionally lead me to consider a concept I’d called “secular holiness,” that is, a life infused with spiritual meaning, perhaps even full of religious ritual, yet whose allegiance extended beyond religion, surrendering itself to the source of all life.

In this context musical expression makes perfect sense; although it can be done explicitly in the name of a religion or ideology, the music’s message transcends all that.

Even music created to promote a particular sacred path or set of ideas can appeal to those who don’t share those beliefs—atheists who love sacred music, for example, or racists who enjoy listening to civil rights anthems.  Music lends itself to sacred practice without necessarily being religious, so for spiritual beings who reject religion, music can be the perfect means of expressing the sacredness they feel.

Translating the soul
In the hundreds of interviews I’ve done with musical people I’ve seen music functioning in their lives as a means of channelling ancestral voices (Ben Jaffe), of experiencing healing (Sam Baker), of coming to terms with horrific events (Jake Smith), of expressing profound ideas (KyAzMa), of simply wanting to participate in an art form they adored (Dinuk Wijeratne), of bringing together a hodgepodge of disparate elements (Rashid Taha), or of simply revelling in the glory of roots sounds (Conrad Praetzel).  But not one of my interview subjects seemed to have considered what it was about music that gave it the power to so effectively grant us what we ask of it.

The exception was Kurdish oud-player Mallabozan, who got closer than anyone to really explaining music to me:

“Music is just translating the soul’s feeling to notes.  So I ask myself, How great is this soul to have such beauty?

As for it being a translation, we know translation is not always correct and it’s much better to hear in your mother tongue.  Imagine if we could feel each other and discover each other’s souls’ beauty directly; in that case we wouldn’t need a translator between us.  We would understand the soul language.

Music is just the nearest sound of the soul; we’re using music as a vehicle, but if there were even one person who could understand our soul language, we wouldn’t need music.”
– Mustapha Mallabozan, 2017, in an email to Wanda Waterman 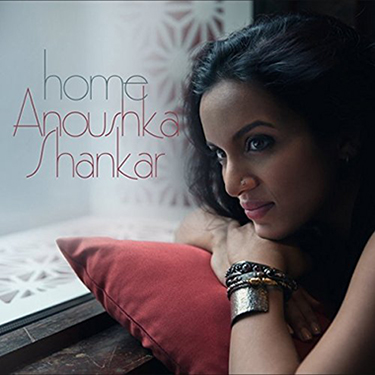