Articles
The Voice
A Man’s Legacy 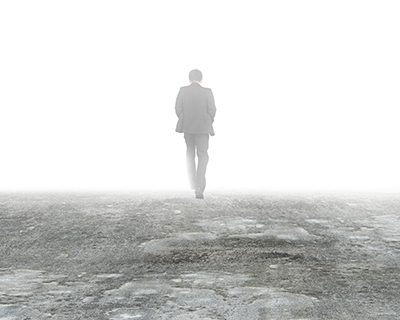 The legacy a man leaves for his children is precious. It took many years for me to heal the scars left from damaging father figures. Despite the negatives, life always provides us with a counteracting positive, if we only allow ourselves to see it.

Each man in my life has taught me something about life—some good, some not so good—beginning with my biological father. When I think about my dad I feel love, and loss, both at the same time. Dad was a reserved Englishman who rarely showed affection to any of his four children. He was a heavy drinker. I don’t really recall him being drunk or doing anything irrational, but that’s not to say he didn’t—I just didn’t see it. I loved the part of him where I could see reflections of myself, and I knew we were a part of each other. For example, we both had a short big toe, an inherited condition called Morton’s Syndrome.

My parents divorced when I was a year and a half old, so my father was in and out of my life. I lived with him for a short time and I have only good memories of that time. But along with the good memories there is emptiness, as I don’t feel I really knew him. The best word to describe my feelings for my dad was “composed.” There was nothing intense, and I didn’t miss him when I didn’t see him. When I visited, we just sat together, exchanging few words. He didn’t attend my wedding. And that was okay with me.

I learned from my dad that you can love someone just because of the place they hold in your life.

After my parents separated, Mom met Ray, a convicted rapist, in a bar and brought him into her children’s lives. He was a man that you could easily describe as “creepy.” He barely talked above a whisper and had a sinister laugh, which always made me feel as if I had done something awful. He did terrible things to my sister, things that she never was able to get over, things that you only read about in books. I will always remember that the dark green blinds in our house were kept tightly closed, as Ray was always fearful someone was after him. He systematically forced my mother to choose between him and her children, and, for the most part, she chose him. However, for some reason, he seemed to like me. At the time I was happy that I was able to stay with mom, I loved her so much. Up until that point she was the constant in my life. But as mom and Ray’s relationship deteriorated, and the fighting escalated, I began to wish I was somewhere else. Their relationship was filled with fighting and horrible name calling and the police were constantly at our door. Ray’s uncle and his wife, who had no children, began taking me to their place for weekends. As my life was becoming filled with fear I looked forward to going to the Martin’s.

Ray taught me that sometimes it’s easier to just play the game.

My weekend visits to the Martin’s eventually tuned into year-long visits. At first, I liked it there; it was quiet and everything seemed normal like other kids homes, but things changed. Betty Martin was a harsh, strict woman who always seemed to have health problems and spent most of her time lying on the sofa. I tried to get along with her, but I felt such anger toward her because she was trying to be a mother to me, and I already had a mother. Often Henry stepped in and tried to smooth things over. He was very nice to me and took me everywhere with him. He was the father figure I missed and he became like a real dad to me. I loved him and I believed he loved me. But very quickly his vision of love became twisted and sick, and every day I just wished I could leave there.

He taught me not to trust, as people are often not who they appear to be.

As soon as I was able to, I moved out on my own. I met and married my first husband. We were two dysfunctional teenagers, trying to escape unhappy homes. We had not finished high school and were working at minimum wage jobs, which inevitably led to financial stress. When our daughter was born the stress only escalated. We argued constantly about everything. However, we had some happy times with our daughter. As things became more intense, drugs and abuse caused me to take my daughter and escape.

From my first husband I learned that no one else can make you whole, it has to come from within.

My second husband was my lifeline. He restored my faith in men. He loved me unconditionally and always assured me that everything would be fine. He took care of my every need. It was as if his whole purpose in life was to make me happy. At first I found it difficult to accept that life really can be this happy and people can be trusted. I relentlessly tested Ed to make sure he wasn’t going to be like the other men in my life, and he never crumbled. We experienced the normal ups and downs that couples go through, but, our life was largely bliss. I thought my life would always be like that until the fateful day when cancer entered our lives.

One year later my dream was over and life was forever changed. My heart was broken. All the pain from the past flooded forward. It took a long time to be able to feel past the pain and see the precious gift I had been given.

Ed taught me that I am lovable and worthy of being loved.

I truly believed Ed was the last man who would be a part of my life, until I met Stan. He had also lost this wife, and through our shared grief we began a relationship. Stan and I healed our grief together and could understand and share the deep pain of losing a loved one. Although Stan grew up without a father, he overcame and was a truly amazing father to his sons.

Stan showed me, and continues to show me, the true meaning of the word father.

[First published in our August 18, 2017 edition, this article got a couple of votes, and I couldn’t agree more.  Often the writing that touches us most is that which exposes the writer.  This is no exception to that rule. -Ed.]