Did you know that AU is changing how they do convocation?  I didn’t, not until the letter I received earlier this week showed up in my inbox. (See this week’s letter to the editor, or just look up a page if you’re reading the PDF.)

For those unaware, convocation at AU has, over the last several years, taken place over three days on an early weekend in June.  If you’re keeping track, that’s less than five months away.  While most universities have little issue with this, as their students are already on campus, AU is different. Attending convocation is a big deal, and not just for what happens while you’re there.

For almost every student, it involves a trip. It might be just a couple hours road-trip if you live in Edmonton, or perhaps a day trip if you live in Calgary.  But many, the majority even, of AU students live outside of Alberta’s borders, so a trip to convocation becomes a much more major event.  Something typically involving air-fare.

Which is why, it came as a surprise to learn that AU President, Neil Fassina, declared in the Board of Governors meeting of December 15th, and the later General Faculty’s Council meeting of December 18th, that Convocation was going to be held over two days, not three, and that there would be a rental fee charged for the academic regalia which students wear to cross the stage.

The reasoning for this change no doubt stems from Advanced Education Minister Marlin Schmidt’s directive to universities to find places to cut expenses.  As usual, one of the first places that AU looks to to cut expenses is in the (already meager) non-academic services it provides to students.  After all, we’re not on campus, we’re not visible to them in their day to day operations, and our vastly different schedules and places (both in life and in location) makes it difficult to organize any sort of display of mass concern.  So it can be extremely easy for people at AU to come to view students as nothing more than line items in a budget.  An income source and an expense column.  They mouth the words of student importance, but how often have you heard of the university management or the Board of Governors perks being reduced?

In specific, charging a fee for regalia seems a bit petty, considering that students already pay a two dollar “alumni relations fee” with every course.  Many years ago, when I was on AUSU Council, I was told that this fee primarily went to defray the costs of convocation each year.  Whether this is still the case, I’m not sure, as I’ve reached out to AU for confirmation, but, by the time of publication, have not yet heard back.

However, the practice isn’t unheard of at convocation ceremonies.  Such a fee is also charged at the University of Alberta, for instance.  But it also isn’t a standard, either, as the University of Calgary notes that students will be charged a fee if the graduation clothing is not returned, and does not give any other indications about any kind of rental fee.

More concerning, however, is the possible change in dates.  As pointed out above, for many students, going to convocation isn’t just something you decide to do with the day.  For some, it may be something that brings them from the other side of the world. Anybody with experience in booking flights knows that prices can jump, sometimes dramatically, for a flight with every week that a booking is delayed.  If you combine this with what may be a once in a lifetime opportunity to visit another country or even continent, the ability to schedule well in advance is crucial, as that can dictate connecting flights, hotel availability, tour dates, and so-on throughout the entire trip.

Yet, when AUSU President Shawna Wasylyshyn contacted the university about these difficulties (as well as the charges for regalia) she was told that nothing was set in stone and refinements were still possible.  I find that almost as concerning as the changes.  We are now less than six months away from convocation, less than the length of an AU course, and such basic details of the ceremony are not yet locked down?  How does the university expect students, who may live half a world away, to plan to attend?  Every additional week of delay means that many students lose the opportunity to attend at all, as seat sales disappear and prices to fly rise.

Of course, AU is unlikely to hear about any of these problems, because the people who wait until everything is finalized before deciding if they want to go are unlikely to think of how their decision might have been different if they could have found a flight for a few hundred dollars cheaper, or could have booked into a tour that’s now filled.  They’re unlikely to think to themselves, if only AU had finalized the plans a few months earlier and I could have taken advantage of that seat sale, because they weren’t even looking when the sale was on.

But maybe the answer is that they’re just not too concerned about that.  After all, from the AU book-keepers’ point of view, convocation is a cost with almost no upside.  When all you’re looking at is the bottom line, for AU, the fewer people that attend convocation, the better it is for them  when they report to the government on how much they’ve managed to save.

Meanwhile, this week in The Voice Magazine, our feature article brings back the Meeting The Minds column, as Scott Jacobsen interviews Dr. Hugh Notman, the Associate Dean of Learning Technologies, from AU’s Anthropoligy Department.

We also have a Council Connection, where this week, Carla Knipe reports on Council’s debate about the proposed AUSU fee increase.  The conclusions were not unanimous, and the resolution passed with two councillors opposed.  A consultation meeting was then held last Wednesday but no students took advantage.  However, AUSU is still accepting comments on the matter both in their forums and at their regular council meetings during the Q&A sesssion at the end of a meeting.

Also this week, I was informed that a student (who wanted to keep their name private) won one of the scholarships we advertise each week in our Scholarship of the Week column.  So congratulations to that student, and now the rest of you know it’s possible.  So check out what scholarship we found this week, and if you ever happen to get one, please tell me, I’d love to hear about it!

Plus the rest of the magazine is full of other goodness, whether it’s student looks at just what a new year can mean, to advice on how to nail that interview for the job you’ve always wanted, to our regular helpings of advice, information, humour, food ideas, events or just things to help give you a break from your studying.

Fly on the Wall—Last Student in the Classroom, Last Tree in the Forest 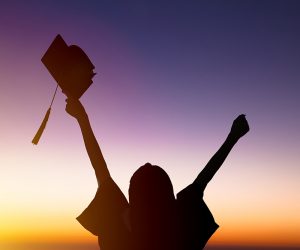 Sail through Convocation Day—Insider Tips for a Smooth Day