Articles
The Voice
Editorial—Flat Out Expression 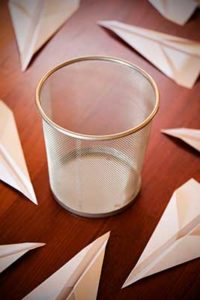 With the release in the media of the United Conservative Party of Alberta’s draft policy’s on education, the Alberta NDP government has been doing the best they can to try to show Albertans how that plan is a bad idea, and the NDP way is one that will work better.  The Advanced Education office made contact with The Voice Magazine asking us if we’d like an opportunity to speak to the minister.  Of course we took them up on that, and the result is our feature interview this week, where Carla Knipe did try to get him to talk a little more specifically about the ministry’s relationship and plans with AU, not without some small success.

But for me, the best part of the interview is that there is one question where his immediate response seems to ditch the politician speak and we speak to the minister himself.  “I don’t believe that statement at all,” he said in response to one of Carla’s questions.  Not “we”, not “this government” or “the NDP”, and not some statement full of qualifying and limiting words, or “weaselese” as one of my friends calls it.  Just a flat out expression of belief.

How often is it that we get someone in politics willing to just put it out there like that?  I think that’s part of the problem with many progressive politicians.  When you keep in your head that the world is a complex, messy, conflicting place, coming out with a flat statement of belief is difficult, because you know that there may well be some circumstance where you don’t believe that, and the nature of “gotcha politics” that we have these days means in any such case, you will be punished and berated for it.

And that was likely part of the appeal of Donald Trump on the campaign trail. He wasn’t trying to be all things to all people, as many politicians do.  He has his audience and he was playing to it, and to heck with anybody else.  And while I, personally, don’t agree with that audience on most things, the way he went addressing their needs specifcially and directly is something that more politicians could learn from.

Personally, I’d certainly prefer a politician who was willing to own up to the idea that they’ve made mistakes, or that they’re unable to help everyone, or even that, unfortunately, they don’t agree with my priorities.   If they can explain it, I can respect that.  I’m an adult, as are most voters, I think we could handle that kind of talk if it was done with respect.  But you don’t see that happening, and part of that is on us. Because of how we react on places like twitter and social media. Where if someone does something we don’t like, it’s obviously a personal affront, because of course that person knows that we don’t like it and went ahead anwyay.  And that’s just so much rubbish.

Which mean that, once again, it’s on us.  If we want the type of politicians who feel they can be honest with us, we need to start treating them with respect to.  So if we see someone jumping down the throat of a politician, making nasty or sarcastic comments, maybe it’s up to us to call that person out.  Reassure them that it probably wasn’t being done to hurt them personally, and if they could explain exactly what was wrong with the situation, who knows, it might just get

fixed.   And if we’re the ones who are making the nasty and saracastic comments (which too often includes me) perhaps its time we stopped.  Anyway, enjoy the read!

An Interview with the Minister—November 21, 2018