Features
The Voice
An Interview with the AUGSA Executive Director 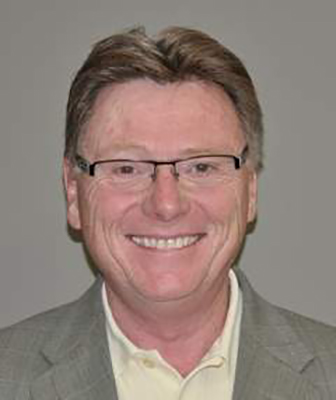 Ross Tyson is the Executive Director of the Athabasca University Graduate Students’ Union.  He earned a BSc and Med at the University of Alberta.  Here he took some time to sit down and talk about how he found AU and the AUGSA, the tasks and responsibilities associated with the position, the open university environment, the big issues for graduate students at AU, and the bigger initiatives hoped for in 2018.

How did you come to find AUGSA and AU in general?

Well, it is an interesting story, Scott.  I completed my BSc undergraduate degree and my MEd at the U of A.  Originally, I taught with Edmonton Public Schools and served as a School Principal for many years.  After retiring from EPSB, I joined Boys and Girls Club of Edmonton.

I served as their Executive Director for eight yearsand left them in 2013.  I was looking to take it easy when I met a former president of AUGSA at our Rotary club.  She was talking to me and happened to mention that this position of Executive Director was open.

I thought, “Oh, this might be something I would be interested in.” She said, “Really?” Then I met the current administrator at AUGSA who was heading into a study program.  It fit beautifully of course.  And here I am.

For the position, for those who do not know how much work goes into it, what are tasks and responsibilities?

As Executive Director, I am the administrator for AUGSA.  That means, I am the sole employee of the organization.  The four Executive and thirteen Council members are the elected student representatives responsible for the policies and procedures of AUGSA.

As such, my job is to run the organization as determined by Council and to make sure everything is kept current: from finances to website to all of the correspondence that takes place on a daily basis.

Our main job at AUGSA is, of course, to advocate for students and student life and engagement of students, and so on.  Every decision we make as an organization is based on the needs of graduate students.

The larger decisions are determined by the Council.  So, we have monthly meetings at which I take minutes and provide information and oversight.

The University has an agreement with AUGSA, which is mandated by the PSLA (Post-Secondary Learning Act).  This agreement requires AU to pay the association to take care of their students at so many dollars per credit.  That is how we get our resources to operate, through this government agreement.

When you are working on behalf of graduate students at AU, I want to ask this within the framework of an online, open, and distance university because the concerns of students will be different from a bricks-and-mortar institution.

They definitely are.  I think they are more pronounced at the undergraduate level, Scott, because the need for many students at an open university situation is to gain significantly more credits to be able to take care of an undergraduate baccalaureate degree compared to a graduate degree.

Once in graduate school, they have a baccalaureate degree under their belt.  The interesting part of AUGSA is that we are international and multi-provincial with about one third of students coming from Alberta.  Two thirds of our population come from outside of Alberta.  Some as far away as Dominica, the US and Europe.  It is interesting dealing with that wide and varied population.

It makes for some difficulties in terms of communication.  It makes for difficulties for engagement with students because they can’t drop into the graduate student office and offer to volunteer for an event.

We conduct our business all online.  Additional activities are planned by Council and include meet and greets in various cities in Canada.

What are the big points of graduate students at AU?

Mental health is a big issue for all students, not just graduate students, because of the stressors for students.  They have families, jobs, mortgages, kids, student loans, and so on.  For example, an MBA student is a significantly different person than an undergraduate, even business, student in that they have been out of school for 10 or often 20 years.

Now, they are back into University learning mode.  The average age of our members was surveyed at about 38/39 years of age.  With some in their 60s and some in their 20s.  Most have jobs and many have families.  It makes for a stress-filled few years of work.

Back to mental health, we offer Student Lifeline through Ceridian insurance company.  That program is offered free of charge to graduate students to make a phone call to them in many, many areas: family, legal, divorce, stress, money and so on.

They offer three free counselling sessions for these issues per student per year.  It is quite an attractive addition to the organization in terms of helping students with their current needs.

We are asked to provide members to sit on the various committees at AU.  We sit on the Student Appeals Committee, the Board of Governors with AU and many of the other committees.  The HR Committee for example had our members help with the selection of the last Provost, the last President, the head of human resources and the last Director of IT that were hired.

You will recognize that at our annual convocation we help to sponsor the meals for the grads along with AUSU (the undergraduate students’ union).  We have done that for three years now.  We plan to continue with this donation.

We have partnered with the Faculty of Graduate Studies to plan and promote an annual research conference.  The students see it as a benefit since they get feedback from profs and fellow students on their research topics and work.  Our conference this year is in October.

Looking forward to the 2018 year, what are the bigger initiatives you are hoping to undertake or are undertaking?

AUGSA is an integral part of a graduate student organization at the provincial and national level.  We have abGPAC (Alberta Graduate Provincial Advisory Council) which is designed to be an advocacy format for grad students at all the Comprehensive Academic and Research Institutions.  Calgary, Lethbridge, U of A and AU are the CARI institutions that are members of abGPAC.  We sit with Minister Schmidt, who is for the Minister for advanced education and give advice and direction on any number of issues.

In Ontario, the Ontario Graduate Student Alliance was designed to do the same thing with the Ontario government.  We have had a seat on that Council for four years.  Keeping in mind that we have a significant portion of our population coming from Ontario, we thought that it was important that we had representation there as well.  We formed the OGSA which works the same way as the abGPAC does in Alberta.

We were recently told that in the last go-around lobbying with MP’s (members of parliament), that we were one of the more effective lobbying organizations that the government has come to them.  We are pretty pleased about that.

So, we are effective at the provincial and federal government level in terms of advocacy work. 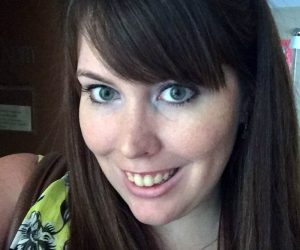 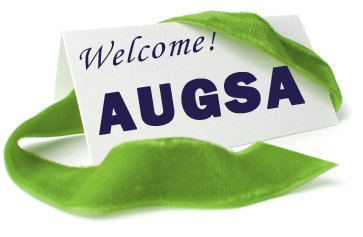