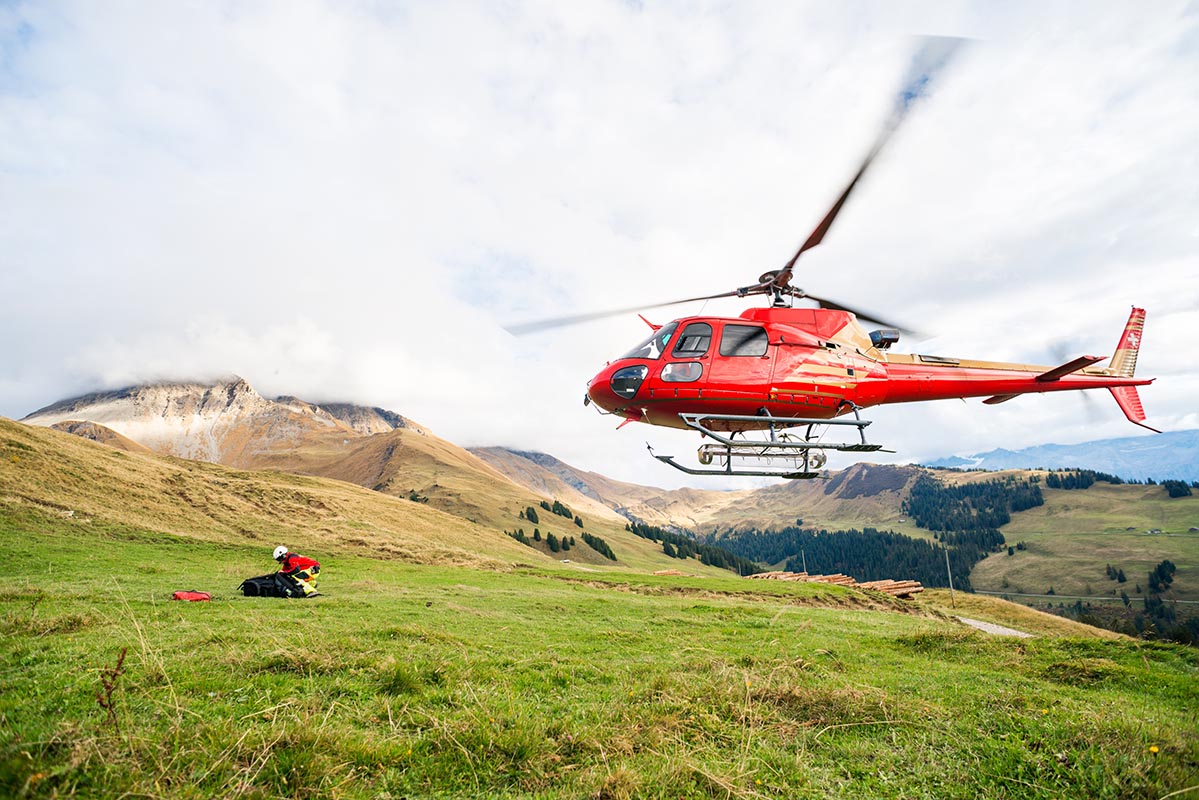 Getting out into the bush and disconnecting is a great way to recharge.  But the disconnection does not need to be complete.  I used to love the inability to be reached, there was a sense of freedom in it.  When we started looking at SPOT and InReach devices it was for their safety aspect, but the contact seemed like it could be cumbersome.  Do you really want to feel like you have to check in? Or if you lose signal, worry that you are causing stress for the people back home?

This weekend proved the importance of these devices.  Despite whatever your feelings may be around having that connection, if you need it you will forget the rest.  If you are venturing into the backcountry, even if it does not seem very far, you should have one.

I have been rehabilitating my ankle post surgery, so I was not with the group that went for a quick snowmobile into the meadows about an hour from where I live.  At about 3:00 pm I received a message from my husband’s in reach: “Send ambulance, not our group,” with the GPS coordinates of their location.  There is also an SOS button that will put them in direct contact with SAR which was later initiated (I’ll come back to that part).  The message was short but direct and it gave me the information I needed to get in contact with emergency services.  It also gave a line of contact to the group that was helping the injured man through me.  I was able to ask questions and provide some details regarding the nature of the injury such as if they were in avalanche territory, and most importantly, the GPS coordinates.

When I called in they asked for an address, well, I didn’t have one.  It is hard to explain where something is in the bush when you are used to describing it as “the bridge past the parking lot across from the gravel pit.”  For a local, those directions might make sense, but when SAR was dispatched from a neighbouring town, they don’t know that area and they were flying in on a helicopter.  Having those GPS coordinates also meant that I and dispatch could pull up their location and try to discern exactly where they were: were they on the road? Close to the road? Would an ambulance be able to get to them?

When the SOS was triggered after ambulance and SAR were en route, I (as an emergency contact) was called right away, they also were able to send a text message directly to the InReach being run by my husband, he was able to communicate what was needed: SAR needs new coordinates.  When they contacted me, I was able to update them on what happened, who had been dispatched, and the contact information for the SAR member who had called me.  It was a well-organized effort on their part.

I watched the helicopter fly over my house and head over the mountains toward where they were, the sun was setting, and the temperature was dropping, it had been -30 C the night before.  Out of the two groups of riders that were out there, there was one InReach.  A member of the injured party’s group saw my husband’s group some distance away and came to ask for help.  It was that or try to move him, and with the possibility of a back injury, no one wanted to do that.

Everything worked out in the end.  The man was transported to a nearby hospital, and I received an update call from both InReach dispatch and the SAR member I had been in contact with.  The InReach was a Christmas present to my husband; I am relieved that he had it and that he carries it when he rides, regardless of where that might be.  No one thinks something will happen that close, we always thought it would be used in a case of someone being hurt way back in the mountains, like an avalanche, not just out for a quick ride at the meadows: but isn’t that the way it usually goes?