Features
The Voice
A Meeting of Women in Politics 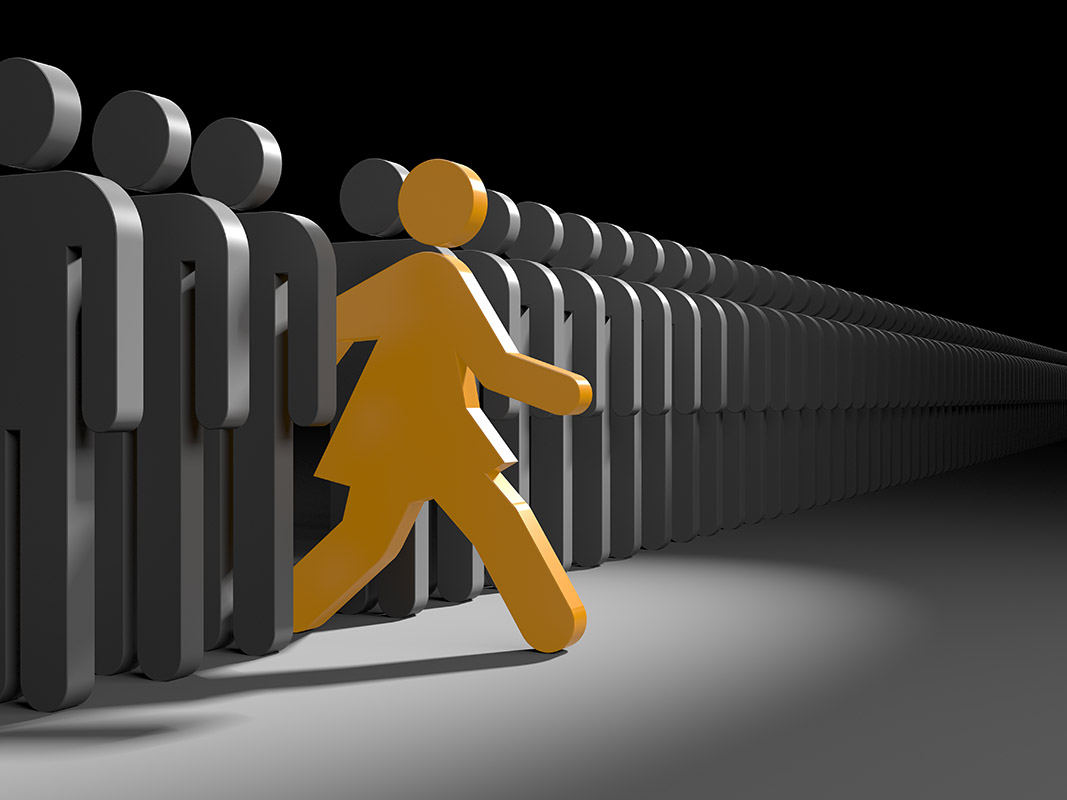 Since I started taking courses at Athabasca University, I find myself at the public library a lot.  Studying at home with my two young sons has proven to be less than productive, as frequent interruptions to dole out fruit snacks or change diapers do tend to split one’s focus.  And so, when I have a deadline approaching, I leave the boys at home with their father and escape to a quiet study room where I can read about history and politics without being asked to read I Wish That I Had Duck Feet (by Dr.  Seuss) instead.  Not that I have anything against Duck Feet;  it’s an amusing little tale that illustrates the value of your individuality, but the gags do fall a little flat for me after reading it for the eight hundredth time.  Although apparently not for my eldest, who still requests it every night without fail.

On one such night last September, after putting in a few hours of study, I was on my way out of the building when I noticed a poster on a nearby bulletin board advertising an event titled “Women in Politics”.  As a woman in the study of politics, I was intrigued.  The guest speakers, naturally both women, had been prominent Canadian parliamentarians and the subject closely related to the essay I was currently writing (about whether mandatory gender quotas for elected legislatures were desirable).  I saw the analysis of the role of women in politics as a scientific endeavor.  I had unanswered questions that I was exploring in my research.  Were there good reasons why women were underrepresented in Parliament?  Is it necessarily beneficial for society that women be proportionally represented?  Why are women less likely to run for public office?  Is the inequity the result of sexism and discrimination, or is there something else going on?  Eager to hear the speakers’ perspectives, I signed up to hear the speeches and participate in a networking event with approximately sixty other attendees.

A part of me is embarrassed to admit that I didn’t anticipate how many feminist ideologues I was about to encounter.  Really, I should have known better.  It seems inevitable that any time we attempt to analyze why inequalities between men and women exist, there will be a contingent of ideologically-possessed, shrieking harpies who claim victimhood status and demand capitulation to ineffective and unjust policies designed to “remedy” decades of systemic discrimination.  Equally possessed are those men who readily accept this narrative and go through life with their faces downcast, apologizing for being born with that dreadful Y chromosome, as if maleness is itself a sin.  Far be it from them to acknowledge that men and women are biologically and psychologically different in fundamental ways.  Such a statement is seen by them as heresy, and those who promulgate it must be cast out (I’m looking at you, Google, RE: James Damore’s memo).

Alas, feminists were a-plenty.  At one point during the networking event, I was amongst a group of attendees that were talking to my city’s lone female councilor.  The councilor was laughing about the passivity of her male colleagues, whom she claimed simply allowed her to propose and pass “feminist” legislation at will and without contest.  She seemed to be blissfully unaware that her colleagues’ indifference could communicate either that the men simply couldn’t find it in themselves to care about the issues that disproportionally affect women, or that they were self-censoring and they didn’t feel comfortable debating her proposals for some reason.   Instead of asking the councilor about these worrying potentialities, another attendee, a young, dark-haired woman in a green dress, cheeks flushed with righteous vindication, opened her mouth and crafted the question: “What do you think is the most feminist policy you could propose that the boys would let you get away with?”  I didn’t interject; the question was posed to the councilor, after all, but if I had had the opportunity to speak, I would have asked her what she believes constitutes “feminist policy”.  This was a realization I had stumbled upon during my research for my essay:  when people talk about policy that is “good for women”, they are generally talking about left-leaning feminist demands (publicly-funded abortion on demand, insurance coverage for contraception, stronger welfare policies surrounding childcare or maternity leave, and policies designed to mandate equal pay for men and women, amongst others).  I challenge you to find a conservative woman who is in favour of these kinds of policies. Does that mean conservative women are anti-women, or it is possible that women, as a group, are not so homogenous that the feminist cabal can accurately claim to speak for the rest of us?

The speaking engagement (which took place after the networking event) began with the organizers of the event recognizing that we were meeting on Native American land.  I’m not sure how this relates to the role of women in politics, but apparently it was of vital importance as they mentioned it no less than three times.  The speakers were then asked, again and again, and in a variety of different ways, just how they managed to defeat the patriarchy.  How did they overcome the institutional sexism that stood in the way of their becoming prominent lawmakers?  None of my burning questions were asked, or answered.  It seemed to be a foregone conclusion that the disparity between men and women in public office was the result of systemic sexism and male dominance.  To their credit, the speakers were more reasonable than the administrators.  Although both women recognized individual instances of sexism from former superiors or colleagues, they both asserted that they did not feel that their sex presented a significant obstacle in the advancement of their careers, which one might argue is evidenced by the fact that one of them, the Rt.  Honourable Kim Campbell, once held the highest political office in the country.

I lament that, so often, the complex truth is sacrificed for trite oversimplifications.  Even a cursory glance at the literature surrounding the inherent differences between men and women should dispel the notion that we can reduce this problem to one, low-resolution solution in sexism.  Complex questions demand sophisticated and nuanced answers.  It’s easier to regurgitate platitudes, to be sure, but it also contributes to lazy, uninformed groupthink and tribalism.  Going to my library’s “Women in Politics” event reaffirmed my belief that my value lay in my qualities as an individual, not in my collective identity as a woman.  I went home that night and as I was putting my son to bed, it occurred to me:  some of the people I met that night could afford to read I Wish That I Had Duck Feet a few more times.