Articles
The Voice
More than a Mouthful 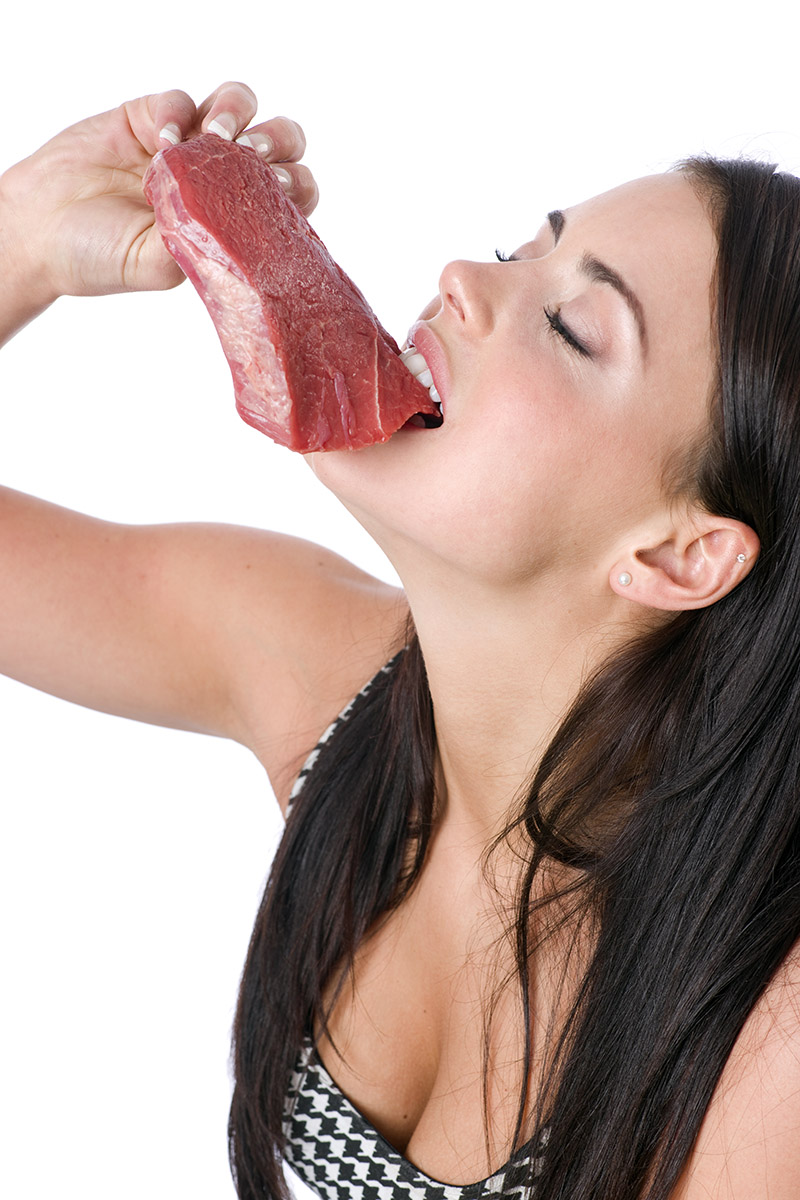 First the men:  Chris declares he is “for” the holiday.  “I like a good steak,” says Chris.  Over in enlightened Europe, Pertti takes a different view.  “I’m against it, ” Pertti says.  “Not as a notion of sexual expression but as a notion of one-sidedness, mainly to fulfill the masculine way of dominance over femininity.”  David takes a more philosophical view.  “My wife and myself have never celebrated this holiday,” David says.  “It isn’t that we are against it or for it.  We just see no need to set aside a date to have steak and amazing sex.  We should be able to do that whenever we want, in my opinion.  If others choose to celebrate it, that is fine with me, we just don’t see the need to.”  Sammy provides the last word for the men, stressing the critical importance of “doing only one thing at a time.”

Now the women, who had rather more to say about it:  Penny doesn’t see the need for this holiday.  “I thought Valentine’s Day was for both men and women,” she says.  “I don’t feel men need a holiday based on their need for a blow job.”  Anita has a somewhat different perspective.  She feels the day is “ideal for men who do not dare to ask for it the rest of the year.  For the rest it is as silly as Valentine’s Day.  If you can only think to be romantic or sexy with your partner one day a year, it is a bit sad.  And certainly it should not be used to oblige someone, but maybe as a friendly reminder.”  Margot was neutral about the holiday.  “I have never spent it,” she says, “but it sounds fun IF you have a suitable partner.”

Evelyn was one of the few people I contacted who had heard about this holiday before; she thinks it’s a funny idea.  “It obviously mocks the expectations guys are exposed to on Valentine’s Day, “she says.  “Personally I never did ‘celebrate’ Valentine’s Day; even during my longterm relationship I never received nor wanted chocolate, flowers, etc.  Here in Germany I feel there is less pressure to do something special on that day.  Since I do believe I have a good sense of humour, I can imagine treating my boyfriend to a surprise ‘steak and blow job day’—just not on a regular basis.”  Christine, on the other hand, had never heard of such a day.  “The name of the day might offend some people or put them under pressure,” says Christine.  “On the other hand I am an hedonist who thinks that celebrating joyful things is not a bad idea.  Live and let live if possible.  So if people enjoy it, why not… as long as others can do what they want to do.”

Over at Twitter, anticipation for the day is mounting.  The number of tweets using the hashtag #steakandbjday began swelling in the lead-up to Valentine’s Day indicating that pre-holiday excitement is building.  Tweeted expressions of expectation and meat preparation tips are interspersed with commercial offerings of related merchandise, including greeting cards and bedroom accessories.

The holiday is probably meant to be tongue-in-cheek, but not everyone will view it that way.  While researching this topic, I noticed a marked difference in attitudes between Europeans and North Americans: the former were generally comfortable expressing thoughtful and reasoned views on the topic, while the latter were more likely to respond with humour, uneasiness—or not at all.

When Health Food Goes Too Far