Canadian flag in the middle of the book. Knowledge and education concept.

In case you didn’t follow along with Canada Reads this year, it breaks down like this, the order the books were voted off:

This year, day one of the debate was a bit strange compared to other years.  There wasn’t too much debate.  I was concerned that the rest of the debate was going to follow suit but, thankfully, come day two, everyone’s emotions got a bit more involved and the conversations became bit more heated.  I always find that you never hear too much about the first book to go, not just because it is only in the debate for a day, but because everyone is finding their footing and getting the nerves out.

The theme for this year was “One Book to Open Your Eyes”.  All of the books on the list deserved to be there.  They all have an important theme and a message that can open the eyes of the readers.  So, while I was disappointed Bala’s book left early, I was happy to see Forgiveness, by Mark Sakamoto, win because his book is about a part of Canadian history that I don’t know much about.  It isn’t something that was a part of the curriculum; it was a time that was buried.  And I think it is important to unbury it and show what families were put through, and how they were able to overcome it and push forward with their lives.

Books have the power to create empathy, to give faces (fictional or real) to the stories.  It makes these stories personal and when they are personal they are more relatable.  Numbers and stats are shocking, but they lose that sense of what the numbers represent, who the numbers represent.  Getting to know a character—what they like, dislike, their pet peeves, their insecurities, or what brings them joy—these details endear the character to the reader, and so when they face adversity the reader can feel more of what they went through than they would by just reading the facts and figures.

An interesting fact surfaced after the debates began.  Though I believe it was written beforehand, it began to circulate after Bala’s book was voted off.  And that is that “A woman defending a woman has never won…” (Tom Baird, Ph.D.).  In the article—written mostly by Tom Baird, a mathematician—shared on Sharon Bala’s blog, there is an interesting break down of winning authors and defenders.  Baird even includes the formulas he used to get to the numbers that are presented in this article, which, frankly, make my head spin.  The result though, is that, while it is fantastic that Canada Reads puts on these debates and four days of listening to books being defended is amazing, they highlight an issue within our society, one that is unconscious and one that needs to change.  The math proves that it isn’t a matter of luck or skill, but social bias that results in zero women defending women authors winning Canada Reads. 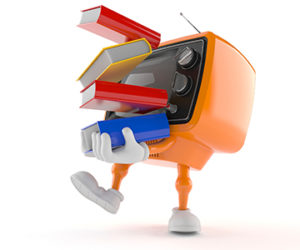