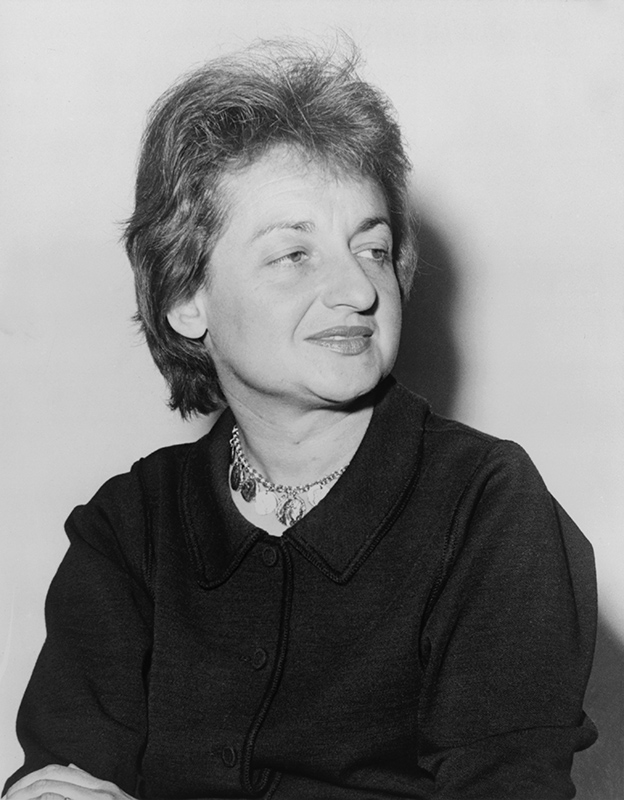 Betty Friedan was born Bettye Naomi Goldstein on February 4, 1921, in Peoria, Illinois, U.S.  and died February 4, 2006, in Washington, D.C., U.S.  Friedan was a journalist, activist, and one of the leading figures in the Women’s Movement.  In 1963 she published the bestselling book The Feminine Mystique which explores the possibility of women finding fulfilment beyond the traditional role of a homemaker.  This book was said to initiate the second wave of American feminism.  As well, in 1966, Friedan cofounded the National Organization for Women (NOW) and became its first elected president.  She went on to write six more books and remained politically active for the rest of her life.

The Feminine Mystique was sparked after Friedan attended her 15th college reunion and conducted a survey of her female classmates about how satisfied they were with their lives as homemakers.  Because their responses Friedan began publishing articles about what she referred to as “the problem that has no name.”

The shores are strewn with the casualties of the feminine mystique.  They did give up their own education to put their husbands through college, and then, maybe against their own wishes, ten or fifteen years later, they were left in the lurch by divorce.  The strongest were able to cope more or less well, but it wasn’t that easy for a woman of forty-five or fifty to move ahead in a profession and make a new life for herself and her children or herself alone.  (Gilbert)

Friedan received such massive reactions to these articles that she decided to expand this topic into a book, thus the birth of The Feminine Mystique.  In it, Friedan states that women are just as able as men to pursue any career direction they choose, despite arguments by psychologists and educators who argued that women were happy and fulfilled following career paths that were limited to homemakers and mothers.  Following the publication of Friedan’s book, many women began attending consciousness-raising sessions and petitioned for change of unfair laws which were inhibiting them.

In 1966, Betty Friedan, Pauli Murray, and Aileen Hernandez, along with twenty-three other women, cofounded the National Organization for Women (NOW), which continues to be a leading feminist organization.  NOW was motivated by the failure of the Equal Employment Opportunity Commission to implement Title VII of the Civil Rights Act of 1964, as employers continued to discriminate against women regarding hiring and pay equity with men.  On October 29, 1966, at its organizing conference in Washington D.C., Betty Friedan and Pauli Murray collaborated to write NOW’s Statement of Purpose: “the time has come to confront, with concrete action, the conditions that now prevent women from enjoying the equality of opportunity and freedom of choice which is their right, as individual Americans, and as human beings.”

Betty Friedan published “The Second Stage” in 1982 that presented a more modernized feminist position.  In 1993, Friedan, who was now in her 70’s,published “The Fountain of Age”, which investigates the later stages of a woman’s life.  Betty Friedan spent her entire life championing for women’s rights, until her death at the age of eighty-five.