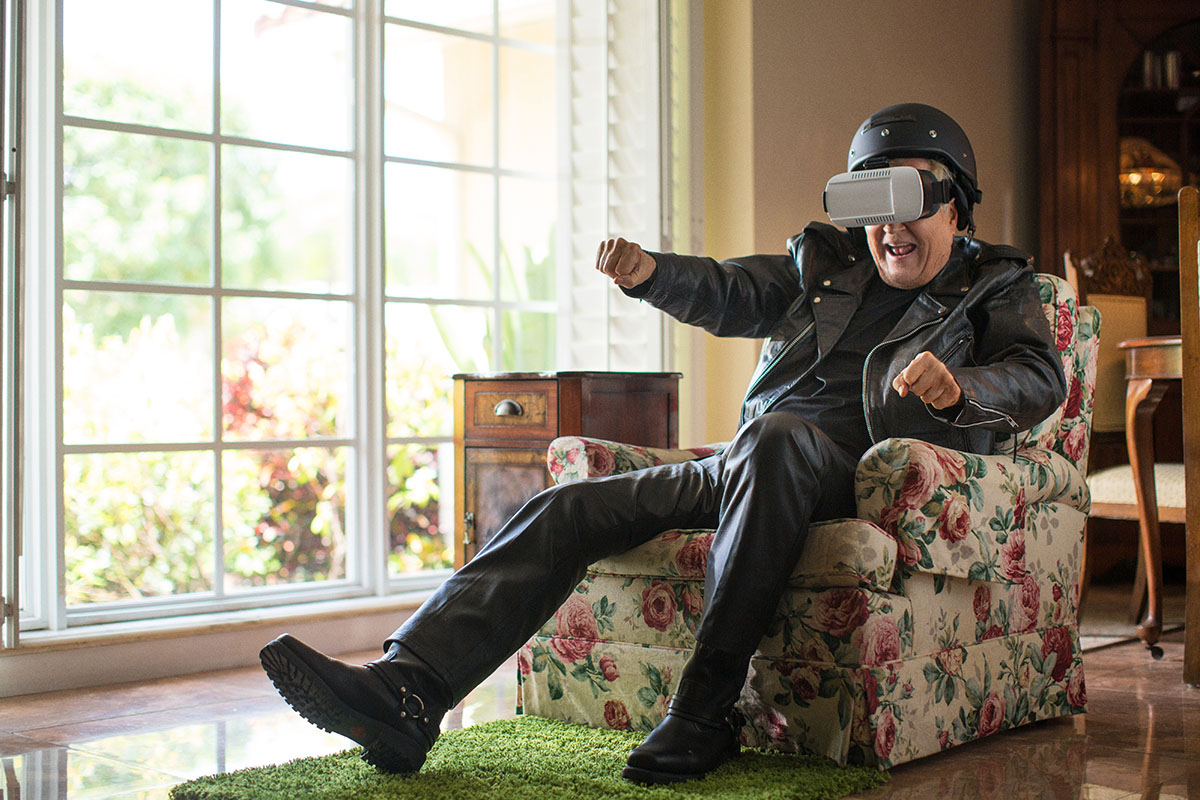 Last week, Lake Erie tossed frigid waves over the pier at Port Dover, Ontario.  Will that stop thousands of motorcyclists from attending the traditional Friday the 13th gathering?  Nope.  Even when Friday the 13th falls in the dead of winter, motorcyclists don their cold-weather gear and cruise on two wheels into the small community of Port Dover for PD13 (see Leather Up for Friday the 13th, October 13, 2017.)

For those who view Port Dover as too far, too cold, or too crowded, or who—like me—have neither a motorcycle to ride nor a license to ride one, there’s a gentler way of enjoying, vicariously at least, two-wheeled freedom:  let Ewan McGregor do the work.

Scottish actor Ewan McGregor, known for his roles in Trainspotting and Star Wars, is also an avid motorcyclist.  In April 2004, McGregor and pal, television presenter and writer Charley Boorman, went on a motorcycle adventure from London to New York City, taking the scenic route.  From London, McGregor and Boorman rode eastward and kept going, through Europe, Asia, and then North America.

The journey, some 31,000 kilometres, took over three months.  With bike-mounted cameras and a production crew in tow, the whole adventure was filmed and then produced on DVD in December 2004, along with a companion book of the same name.

The pair travel through twelve countries on bike, with a few legs necessarily taken by truck, train, or plane.  Most of the DVD series (7 episodes totalling 400 minutes) covers their journey through Kazakhstan, Mongolia, Russia, and Siberia.  Along the way they mingle with locals, marvel at the landscape, and endure periodic breakdowns and meltdowns.

The North American leg is jarring after remote and wild Siberia.  Calgary features as the site of their first—and second—traffic accidents involving the bikes; both accidents were the fault of other drivers running into the bikes.

If 31,000 vicarious kilometres swooshing by isn’t enough for you, you’ll want to watch McGregor and Boorman’s follow-up series “Long Way Down”.  In 2007 they started at John o’ Groats at the northern tip of Scotland, and rode to Cape Town on the southern tip of Africa.  As with Long Way Round, there is a companion book to the DVD series.

For motorcyclists, both DVD series contain ample technical and practical information as McGregor and Boorman select, outfit, maintain, and repair their bikes.  For motorcyclists and non-motorcyclists alike, the series are kaleidoscopes of culture and sweeping vistas.  It’s the most fun on a motorcycle you can have while sitting in your armchair.

(A follow-up South and North American journey, which presumably would end at Port Dover, was planned but later postponed indefinitely.)