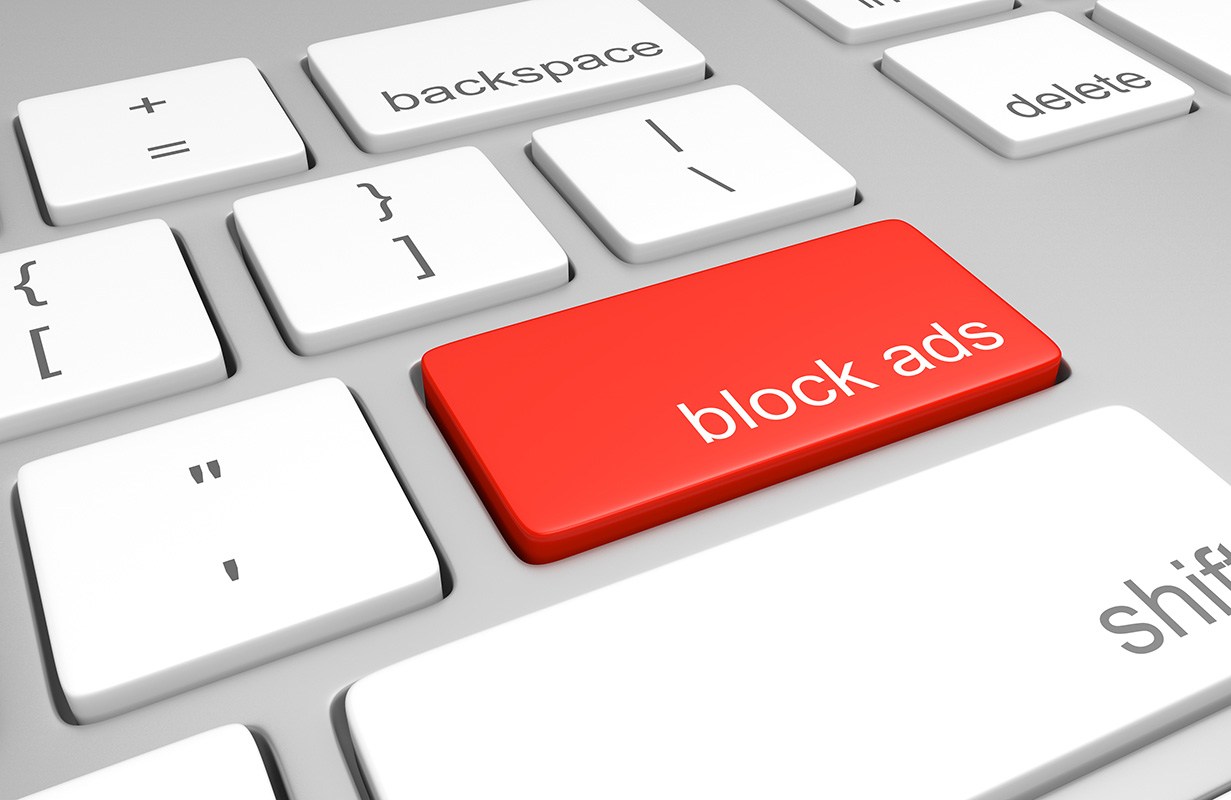 More people are using advertisement blocking software to avoid Internet ads, and many publishers are not happy about it.  One company that monitors users’ use of ad blocking software, PageFair, produced a report in 2015 indicating that “ad blocking [was] estimated to cost publishers nearly $22 billion during 2015.” And as the number of people using ad blockers continues to grow, companies are finding creative ways to receive payment, including implementing pay walls and ad-block walls, requesting donations, and even using ‘ad-block-unblockers’.  While it is reasonable for companies to use advertising as a source of revenue, many users have decided that it is in their best interest to block ads completely.

Most people have good reasons to dislike advertisements.  They are intentionally intrusive, attention seeking, and time-consuming, all of which adds up to annoying.  But advertising has always been annoying, intrusive, and time-consuming; and you could argue that these qualities alone are not a good enough reason to block them, because it prevents companies and individuals that are providing goods and services from receiving payment.  A more legitimate, but less common, argument is the role ad blockers play in protecting users from the rising threat of malvertising.

Malvertising is a hacking strategy whereby computers are infected with malware through malicious advertisements online.  This can happen when advertising companies or publishers accidentally allow deceptive, malware-laden advertisements onto their websites.  Wendy Zamora from anti-malware company Malwarebytes Labs writes, “In 2015, Google disabled more than 780 million bad ads, a nearly 50% increase over 2014.  According to RiskIQ, in just the first half of 2015, malvertising increased 260% compared against all of 2014.”

So, the likelihood of falling victim to one of these campaigns is increasing.  The list of websites that have already hosted malicious ads is vast, and many would be quite familiar to most people, including the New York Times, Yahoo, the Daily Mail, and the London Stock Exchange.  As people become increasingly aware of the security risks that come with online advertisements, the ethics of blocking advertisements becomes murkier.  After all, accepting a mild nuisance in exchange for free content is one thing, but accepting malware and risking your personal details and banking information is another.

Proponents of ad blocking technology argue that ad blockers are, undeniably, a good way for users to protect themselves from malvertisements.  One 2014 study, headed by the researchers from University of California Santa Barbara, suggested “the safest way for users to protect themselves against malvertisements is to utilize solutions like Adblock Plus to prevent advertisements from being delivered to their browsers.” Unsurprisingly, that quote was featured in an article written on the website of Ad Block Plus, a company that provides ad blocking software.  But that this study serves a convenient marketing purpose does not discount its findings.  As well, computer security journalist Brian Krebs writes on his website, “Many security-conscious readers have chosen to block ads altogether with browser add-ons like Adblock.  Wholesale blocking ads can be effective in stopping malvertisements, but this approach also has the perverse effect of blocking a primary source of revenue for many sites (including this one).” While he acknowledges the impact that ad blocking software might have on his revenue, he also understands the validity of his readers’ concerns.  Other groups, such as the Australian Signals Directorate (an arm of the Australian Department of Defense), and software security company Trend Micro, also advocate the use of ad blockers for consumer protection.

But certain companies or groups don’t recommend ad blockers.  Or, at least, withhold information on ad blockers when discussing safe Internet use.  Such organizations might have a vested interest in advertising to Internet users but may provide good advice nonetheless.  One example of this is Google’s Guide to Anti-Malvertising, which omits the effects of ad blockers to improve computer security, but provides reasonable ways of avoiding such attacks online.  The Google Guide to Anti-Malvertising suggests five important tips for general Internet users: Using an updated version of your antivirus, ensuring that your operating system and browser have been updated, being wary of what you download, reporting potentially dangerous websites, and using reputable products to delete/remove malware, if acquired.  These are suggestions that anyone can follow, regardless of their moral perspective on ad blockers.

It can be a bit difficult to know how to protect yourself from malicious advertisements on the Internet, especially if you are concerned with compensating others fairly for their work.  It is tempting to remain ignorant to justify either doing nothing or blocking everything indiscriminately.  You could argue that neither option is the result of properly weighing the consequences.  It is possible that, after further research, some users will choose to allow the advertisements of the websites they frequent, but they will be accepting a risk (as those who were affected by a malicious ad on Forbes.com learned).  More risk averse individuals may block all ads but pay subscription fees or donate to their favorite websites to support the creators of services they use.  The choices we make online to balance risk and fair payment are personal.  For those of us who own computers and use the Internet, it would be wise to learn more about the seemingly innocuous ways that we put ourselves at risk, and the strategies we can use to protect ourselves online.

Making Your PC Work For You – Internet Ad Pop-Ups