Columns
The Voice
The Mindful Bard 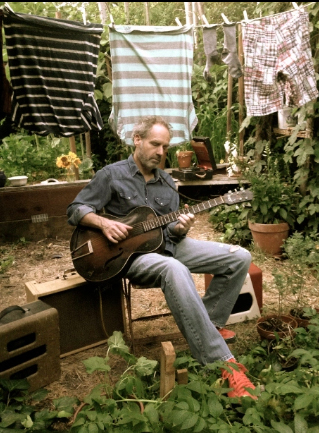 Conrad Praetzel accompanies a Moog synthesizer with slide guitar played on a 1937 Harmony archtop, crafting the most amazing instrumental tracks imaginable.  There’s a ghost in this here electronica machine: It sings of a new heaven and a new earth where all the oppressed and marginalized voices of the past join together in a chorus of existential triumph.

Under his alias “Clothesline Revival” Praetzel has managed to remain one of the Mindful Bard’s all-time favourites since 2009, and Holy Cow, his fifth album, has proven as indispensable to mindful listening as any of the others.

Praetzel is a collector of meaningful moments, an archivist of weird Americana, an archaeologist of ephemeral happenings, and a rebuilder of the broken bricolage of the past.  He takes great pleasure in discovering pieces of cultural flotsam that speak intensely of the true American heart (witness this little memory) in all of its rustic romanticism and naïve flights of imagination.

YouTubing “Clothesline Revival” delivers a yummy host of audiovisual treats.  An old silent film gem he used to back up “Roustabout,” consists of a lighthearted troupe of hobo clowns who appear and disappear at whim as they cavort through the streets.  He’s also great at finding brilliant old cartoons to serve as backgrounds to his music.

Instrumental tracks do tend to compel listeners to look at song titles for clues about the ambient meaning of a track, or at least about what was occupying the composer’s mind when they wrote it.  Praetzel names his tracks according to their content but also exercises the same degree of creativity employed by free jazz musicians in naming their pieces.  Song titles go from the boisterous and raunchy “Crawdaddio” to the meditative yet upbeat “My Life as a Cactus.” And then there’s that album title .  .  .

When I asked him about his titles Praetzel had this answer and photo to share:

“The album title is from the linocut illustration that a local artist and friend, Rik Olson, created.  I have a one-of-a-kind triptych of the Holy Trinity he created that hangs above my recording desk.  Note the pun: The Cow, Mackerel and Mole really are ‘holy.’ 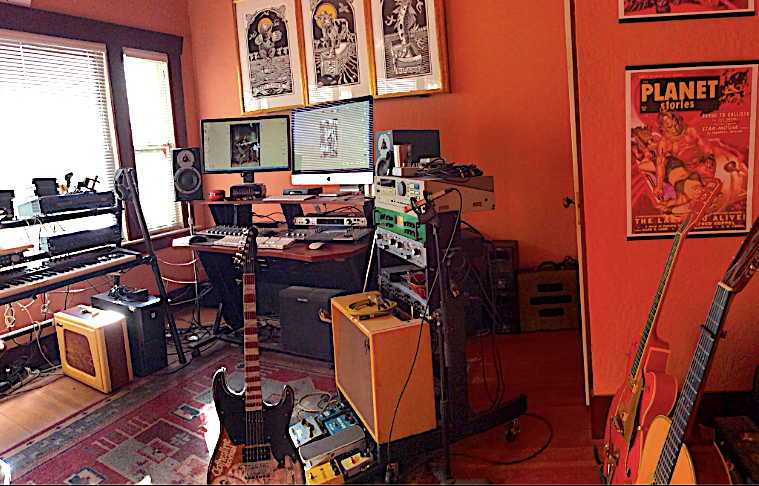 “I usually think of song names that fit the feel of the album as a whole and then try to match them with the songs.  Saint Max was originally going to be Saint Mac, a character from John Steinbeck’s Sweet Thursday, but I changed it to Max after learning about Saint Maximillian Kolbe.  The studio shot shows the Holy Trinity.”

Saint Maximillian Kolbe, by the way, was a Franciscan friar who offered to die in the place of a stranger in the Auschwitz death camp in Poland.  The music is a lovely tribute, with blissful ambient sounds filling in the spaces between the grinding and striking of industrial noises.

Praetzel’s music has the effect of propelling the listener forward, not just because of the driving rhythms but also because of the new sounds we’re hearing, so deeply inspired by the past that they practically explode into the future.

All are original compositions except “You’re Gonna Need Somebody on Your Bond.” And Praetzel plays and arranges everything on the album.

The Voice has also published reviews of Clothesline Revival albums They Came from Somewhere, The Greatest Show on Mars, and this interview with Conrad Praetzel.

Holy Cow manifests four of the Mindful Bard’s criteria for albums well worth a listen:

In Conversation With . . . Conrad Praetzel