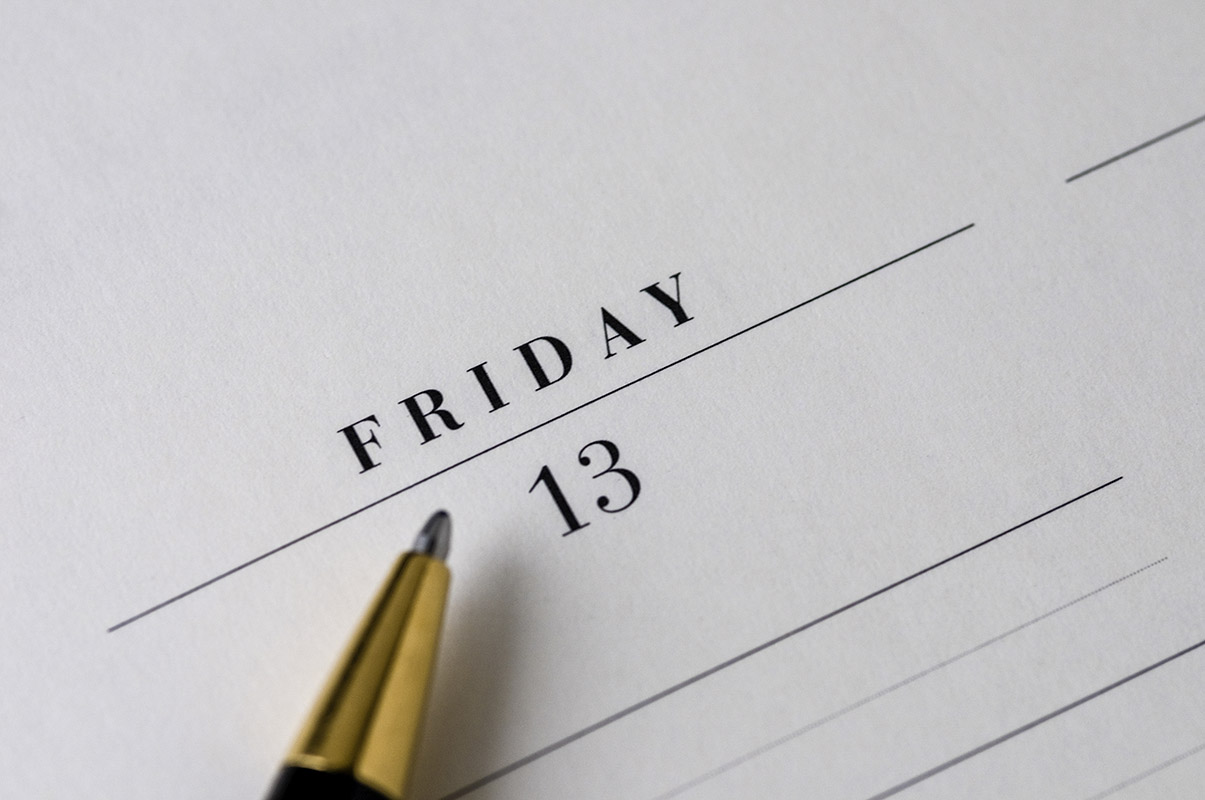 Would you ride a motorcycle for the first time on Friday the 13th? If something bad is going to happen, it is all more likely to happen on the bad luck day, right?

I’ve never been one to get too wrapped up in the lore around Friday the 13th. The reasoning behind this day being bad luck, according to Wikipedia, goes back to biblical times. I wonder how many people know why this day is considered bad luck? Before sitting down to write this article I hadn’t really considered it, but when I did a quick search I discovered that in Hispanic and Greek culture it isn’t Friday the 13th that is considered bad luck, but Tuesday the 13th. This superstition goes back to the fall of Constantinople. But, the modern belief doesn’t fall back on the origins, and I would argue that most people believe it is bad luck just because it has permeated society. This blind belief is strong, and I have seen people avoid doing things simply because it is Friday the 13th.

This particular looming Friday the 13th pushed me to think about what it means, where it comes from, and how it became so integrated into society. Even though, I would argue, many do not know the origin. Many Christian holidays overlapped with Pagan holidays because there was an effort to push the pagans out and to take over. So maybe this is one of those instances, and it is considered bad luck because it was important in Pagan culture? Like the Christmas tree, whose symbolism was also taken from the Pagans. What else do we take as fact, or perhaps something we believe unconsciously? If you believe in the bad luck of Friday the 13th, if you would, circling back to my original question, avoid riding a motorcycle or trying something new on Friday the 13th, have you stopped to consider why?

Perhaps on this day we manifest our own bad luck. It is like trying to cross a river on a log, the more we focus on it, the less steady we become, the less steady we become the more likely we are to fall. While Friday the 13th has historical significance, can we really attribute the bad things that happen to it? Or, is it all in our heads?  If something bad happens on the 13th how likely are you to shrug it off and say see, bad things happen on this day?  While on any other day it would just be a part of the day, a bad thing that happened, or maybe it would seem so inconsequential that you wouldn’t even notice. Burnt toast? Friday the 13th or just distracted waiting for the roof to drop?

I grew up unaware that Friday the 13th was meant to be bad luck. I learned about this once I hit school and everyone else was talking about it. By this time, though, it was ingrained in me that one day is no better nor worse than another. Something is as likely to happen on Thursday the 12th as Friday the 13th, or Tuesday the 13th. That isn’t to degrade anyone’s beliefs, but pause for a moment and consider, what would you do if it was any other day?