This week, I received a letter from a reader who was upset by the most recent issue cover.  Some of you may not even realize that we have a magazine cover.  If you choose the Past Issues Link fron any story you can see all of them, or you can click the “Download this issue” from the front page and have the entire thing in a snazzily laid out PDF version.  If you’re a subscriber to our reminder list you’ll see the newest cover in each Friday’s email, or perhaps you’ll spot in in our Facebook or Twitter feeds.

But to maintain context, here’s the offending cover: 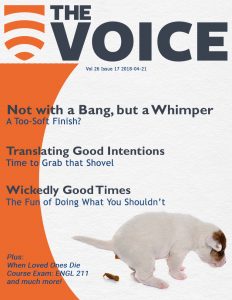 She pointed out, rightly, that the image was surprising and that “Adding images for sensationalism, good, bad or indifferent has led us to an era, where intelligence and expected intelligence have a low valuation.”

However, I do disagree that the image has no connection.  I specifically chose this image because I found it connected with all three of the cover stories, something that is quite rare.  It also had the added bonuses of being both surprising, and, at least to my mind, kind of cute at the same time. (It’s a puppy, for goodness sakes, how could it not be cute? That’s just inherent.)

But what are those connections?  The first might not be apparent, because it’s a bit of a word-play on the idea of a too-soft finish.  (I never said the connections weren’t groan inducing.)

The second story is absolutely connected, as it was all about a writer’s struggle with procrastination, specifically with cleaning up after her dogs during the winter, leading to a harder job come spring.  Of course, that would take reading the article to figure that out, but I thought the line about the shovel served as a hint.

And the third connection is obviously doing something I shouldn’t, such as using that very image, which I knew was surprising, for the cover that gets sent out to all of my subscribers.  As the letter points out, it seems to have been successful in that aspect.  Although I’ll admit, that one might be a bit too meta for some people to get.

I feel that, to a person critically examining the issue and cover, the image makes sense, in context.  And learning to fully critically evaluate something is, to my mind, part and parcel of what undertaking a post-secondary education is all about.  However, it seems the letter writer above was so put off by the image that she decided not to read the issue, and thus did not see the contextual connections.  And I’ll admit, that’s a bit of additional context that I didn’t consider.

All of which brings me to the point of this editorial.  While we’re supposedly being trained to critically evaluate facts and situations in life, bringing in context and a wider view-point than those who haven’t taken post-secondary studies, there is some truth to the idea that context itself has contexts.  I didn’t think of this issue in the context of someone who might be put off by the image so much that they’d refuse to read further.  My context is of someone who always tries to look beyond first impressions, but, obviously, not everyone shares that.

And it’s these conflicts of contexts that seem to cause us the most difficulty, these days.  So how do we ensure that our education is giving us the ability not just to see contexts, but to consider the contexts that others might be viewing things in?  This is especially difficult because, once you start to postulate contexts that you don’t have, how far apart is that from simply making stuff up that has no connection to reality at all?

I think it has to come down to communication and a willingness to accept differences.  We may all have separate contexts, but the difficulty becomes when we stop trying to see the context that the other person is seeing things through.  And sometimes we’ll get it wrong.  But the more we communicate with each other, the less often that will happen.

So here’s what I’m asking you: communicate with me.  What do you think about that cover? Is the image too graphic, shocking, or off-colour for you?  Or maybe the image is fine, it’s my word-play you find offensive (you wouldn’t be alone, but it’s so hard to stop).  Or maybe it’s all good, and I just need to accept that because one person has a different context, I shouldn’t assume that I’m the one who’s out of touch.  Either way, let me know at karl@voicemagazine.org, I’m very interested in what the response is.

Meanwhile, in this issue, we have a return of our Meeting the Minds column, starting with Dr. Bob Barnetson, a professor of Human and Labour Relations and also a member of the Grievances Board of Athabasca Universities Faculties Association.  It’s something you want to read, especially when he talks about the possibility of work stoppages happening at AU and what it might mean for students (to avoid a sense of sensationalism, I’ll point out he says that there will “probably not” be one, but it’s a bit scary to read about in any event).

We also have an article looking at some helpful tips for you to determine your career path, as I know many students who had a goal in mind when they started post-secondary often find themselves at a loss part way through their program and wondering if it’s what they really wanted to do.

And although winter seems to have finally left us, that doesn’t mean the weather related challenges have.  So before you rush outside with the advent of warm weather, take a look at our article “Sunburn and Screen Protectors” to give a moments thought to what you might need to do to really take advantage of the sun.

Plus, as always, we have reporting on upcoming events for next week (including the new time and day for the AUSU Council Meeting–if you’re out east, it could wind up being a late night), some scuttlebutt on what went down in AU related social media, and of course scholarships, advice, and even some quick recipes now that you’ve finished your final exams and are getting ready for convocation with a well deserved bit of binge watching all those shows you missed out on during that final push.

The Study Dude – Smoke and Mirrors of “Context” 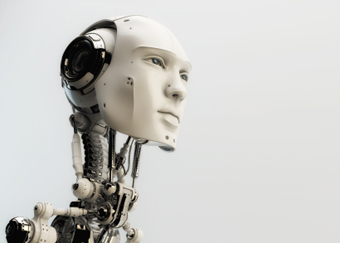