Columns
The Voice
The Study Dude—Win with Conflict

Check this out: Murray arrives late.  Janine forgets her backpack.  Bob visits with another table.  And you arrive thirty minutes early with an outline to launch the group project.  Organized?  Or rather, have the seeds been sown for group conflict?

I once had to work with a hellish group.   One woman and I clashed; we both wanted to lead our newly assigned group.  I would have conceded, but she had a poor style of delegating tasks.  She assigned not a single complete task, and none of the tasks connected to one another.  But, the prof adored her—had the hots for her.  So, I found another group.

But that other group turned hostile.  The leader, my once dear friend, turned on me.  To this day, I don’t know why.  But I became the outsider.  The prof too turned on me.  He put me down for my disability; he would say, “I have no respect for those people.”  He encouraged the class to gang up on me.  Soon, every group presentation referred to me—in a bad light.

And then someone stole my great idea for my paper.  When I ran my idea by the prof after class, a fellow student who sat behind me stayed and listened.  Despite my paper getting a much higher grade, and despite me having consulted the prof on my idea almost daily, the prof still condemned me for possible plagiarism.

And then the prof gloated about an advocacy poster he once saw.  He described the poster to the class in rich detail.  When I told him that I hired an artist to make the poster, he called me a liar.  So, I brought the disk with the poster in its various stages.  He kept the disk, but never thanked me.  A few classes later, he again gloated about the poster, not mentioning my name.

We’ve all had hellish groups, haven’t we?  So, how can we best handle conflict, whether in groups, work, family, or life?

I interviewed with a national corporation.  The manager said her officemates hated but loved each other.  Then she asked me how I dealt with conflict.

I thought to myself, I love to spar.  I just don’t have a fighter spirit.

But we all can learn, can’t we?  After all, out of the womb, none of us could read, write, or walk—nor box and bicker Mike Tyson style. 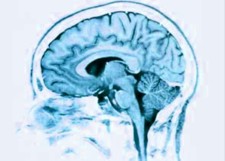