Columns
The Voice
In Conversation—with Jane in Space 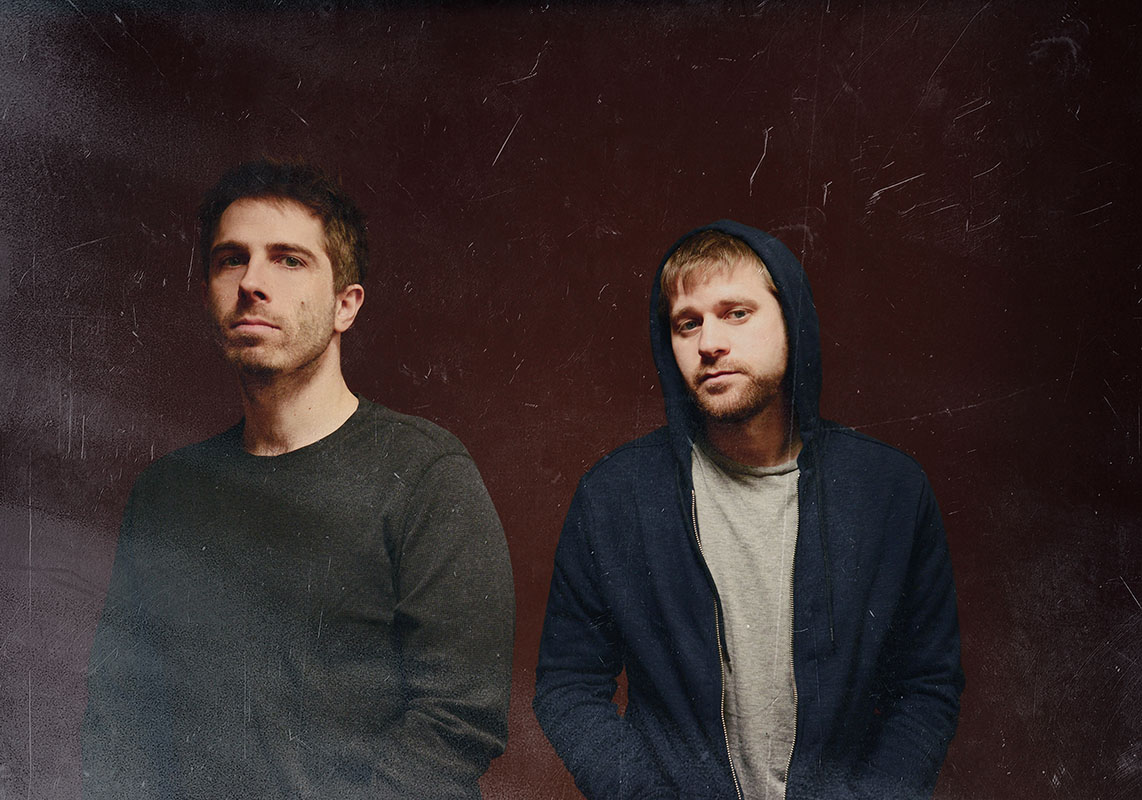 Brooklyn-based Jane in Space is an industrial/electronic band fronted by multi-instrumentalist Jesse Jensen and singer/lyricist Tom Vickers.  Their self-titled debut album was named one of the top nine rock albums of 2016 by the blog Vibes After Music.  Their second album, the EP Gorerunner, planned for release on July 13, may be described as “pre-post-rock,” carrying on the pre-Radiohead experimentations of the late eighties.  Lyrically and musically the new album is darker and more reflective than the first, addressing the existential dilemma of humanity in a world increasingly manipulated by technology.  (Watch the video for the song “Breaking Glass” here.) Recently Jesse Jensen took the time to answer our questions about his life and music.

I grew up in the middle of the desert, in a small town that had been created as part of the Manhattan Project.  As a result, lots of things that seemed normal growing up seem strange in hindsight—for example the casual omnipresence of a mushroom cloud as a local sports team logo—but it also meant there was a very unique mix of super-smart blue-collar workers and scientists.  Consequently, science and technical thinking have always been in my life but in more hands-on, less abstract (less textbook) ways.  Like, we were always looking for creative ways to blow random things up.

What role did music play in your early years?

It was mainly a big connection between me and my parents.  My mom was really into Van Halen and 80s hair metal, and I loved the energy that it gave her.  Meanwhile, discovering that my dad had a tape of Metallica’s Master of Puppets in his truck blew my mind.  But in terms of making music, it wasn’t really something I was interested in until I discovered I could make weird sounds on my computer.

I took a couple of guitar lessons and then some music theory in college, but for the most part I’ve just taught myself.  Hearing something that interests me and then trying to figure out what it is.  I think I approach music in a very engineer-esque manner.

Who — or what — was the best influence on you as an artist? As a human being?

The same for both questions: my parents.  They encouraged me to think for myself and to not be afraid to take things apart.

Why did you choose industrial rock as your genre?

There’s a Brian Eno quote that I reference too much:

“Whatever you now find weird, ugly, uncomfortable and nasty about a new medium will surely become its signature.  CD distortion, the jitteriness of digital video, the crap sound of 8-bit – all of these will be cherished and emulated as soon as they can be avoided.  It’s the sound of failure: so much modern art is the sound of things going out of control, of a medium pushing to its limits and breaking apart.  The distorted guitar sound is the sound of something too loud for the medium supposed to carry it.  The blues singer with the cracked voice is the sound of an emotional cry too powerful for the throat that releases it.  The excitement of grainy film, of bleached-out black and white, is the excitement of witnessing events too momentous for the medium assigned to record them.”

Industrial rock is a way to engage that.  I love writing in the framework of rock songs but every other rock band I’ve been in bored me with the “cherished and emulated” stylistic trappings.  But for “industrial” music, in the original sense (not the goth/rivet synth stuff so much), it doesn’t sound out of place to let things go out of control and break apart; it’s sort of expected.

How did the bandmembers meet?

Tom (vocals) and I met from playing in a singer-songwriter’s band that we both joined based on a random Craigslist ad.  The guy had great songs, but he had a vision that we just didn’t fit in, and we got the boot.  I totally get it – if you’re doing acoustic ballads, some dude trying to play the electric bass guitar with a bow (as I was doing) is probably not the best fit.

How did you come up with your name?

I liked the name Jane and developed the annoying habit of numbering all of my random sketches with the prefix “Jane.” Tom suggested “Jane In Space,” which hit a pretty sweet spot of B-movie vibes that weren’t over the top.

The last chorus on “Full Stop,” when the guitars go full Nine Inch Nails buzzsaw… which is thanks in no small part to the thing I like the very best about this album — the fact that I got the chance to work on this album with Keith Hillebrandt, the sonic alchemist whose handiwork is all over Nine Inch Nails’ “The Fragile,” the most inspirational album of all time for me.  Hillebrandt has a phenomenal approach to sound that still sounds unique no matter how many times I try to rip it off.

When I was writing the music that became the title track (“Gorerunner”), I played it for my wife, who said, “It sounds like someone running through the forest, calling out.” I loved that description — it felt very evocative and just like what I was going for.  So I shared the music with Tom.  At this point the song had no structure or anything; it was just sort of a journey.  In typical Tom fashion, he quickly hammered out an amazing vocal melody that also gave it a structure.  But to my surprise, his lyrics were almost verbatim my wife’s description of “running through the forest, calling your name …”! When it works, it works.

What’s the story behind the song “Feel it Alive?”

I was experimenting with making polyrhythms with synths that didn’t have overt rhythmic elements, and in the process I came up with the main drone in the song.  I couldn’t decide if it sounded underwater or on fire, but I was into it.

At the time I only really had a long stretch of it, so I put a drumbeat on and played it for Tom, and he and I imposed a melody and harmonic structure on it from there.  On the rest of that album I tried to keep the songs concise, but for that one I just wanted the mood to stretch on and on and not worry too much if nobody listened to the end of the song.  It’s a little indulgent in that sense, but I think it sustains interest in part because your brain can sense the weird little rhythms even if you don’t explicitly notice them.

Why did you get Permian Strata to do the video for “Mental Abrasions” and “Feel it Alive,” among other songs?

Permian Strata is basically Jane In Space’s perfect collaborator in that we seem to exist in the same universe of influences in our respective mediums.  That guy is always looking to push his technique and I find that inspirational.  He’s consistently refused to do the same thing twice and I think that’s fantastic.

Honestly, music feels like a feedback loop for me—the more I put in, the more I have.  I think the biggest problem for me is actually the opposite — regenerating after time away from music, i.e., re-engaging.

What conditions do you need in your life to maintain your creativity?

This ties into the previous answer, actually — I think creativity is a muscle, and the more you engage it, the more you maintain it.  I think a big part of that is knowing when to direct that energy into your own creativity and when to engage the world for inspiration.  That’s the really exhausting part, to be honest — to not consume art passively, but to actively soak it in.  So, the biggest condition is really time: not just to make my own art, but to seek out and get inspired.  It’s easy to fall into ruts.

“Gorerunner” was heavily influenced by Hannah Arendt’s Eichmann in Jerusalem and former Ambassador Samantha Power’s A Problem from Hell.  In particular, the ways that systems — social, cultural, legal — can be subverted from the inside out… They’re still working, but they serve corrupt purposes.  Sort of the idea that evil can be legalized, essentially.  I made that a little too literal on the album, e.g.  “What happens if I use a drum machine to control a piano? What happens if I make the ‘real’ parts with synthesizers and the ‘synth’ parts with guitars and drums? Hey wait, this album sounds like one thing but something’s not right…”

I’m not looking to stay balanced.  When it happens, I try to ride it, but I think it’s sort of like trying to beat the ocean unconscious.  My approach to spirituality is that believing something —fully, wholeheartedly — costs nothing, and I try to engage it as frequently and in as much contradiction as possible.

“It won’t give up, it wants me dead / goddamn this noise inside my head.”

I work at a snail’s pace, so we’ll see — we have a dozen or two songs on my hard drive in varying states of completion, and I would like to put another one or two out this year, at least.

Thank-you so much for your interest.  I hope you enjoyed the record, and if you happen to be in New York City, please come check us out on July 14 at Mercury Lounge for our record release show. 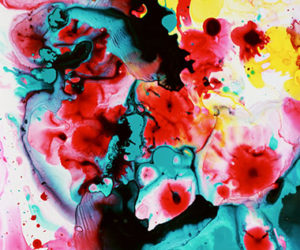 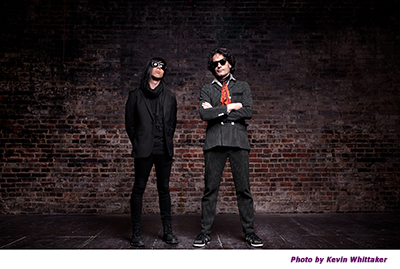 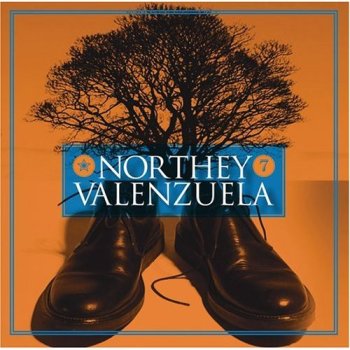