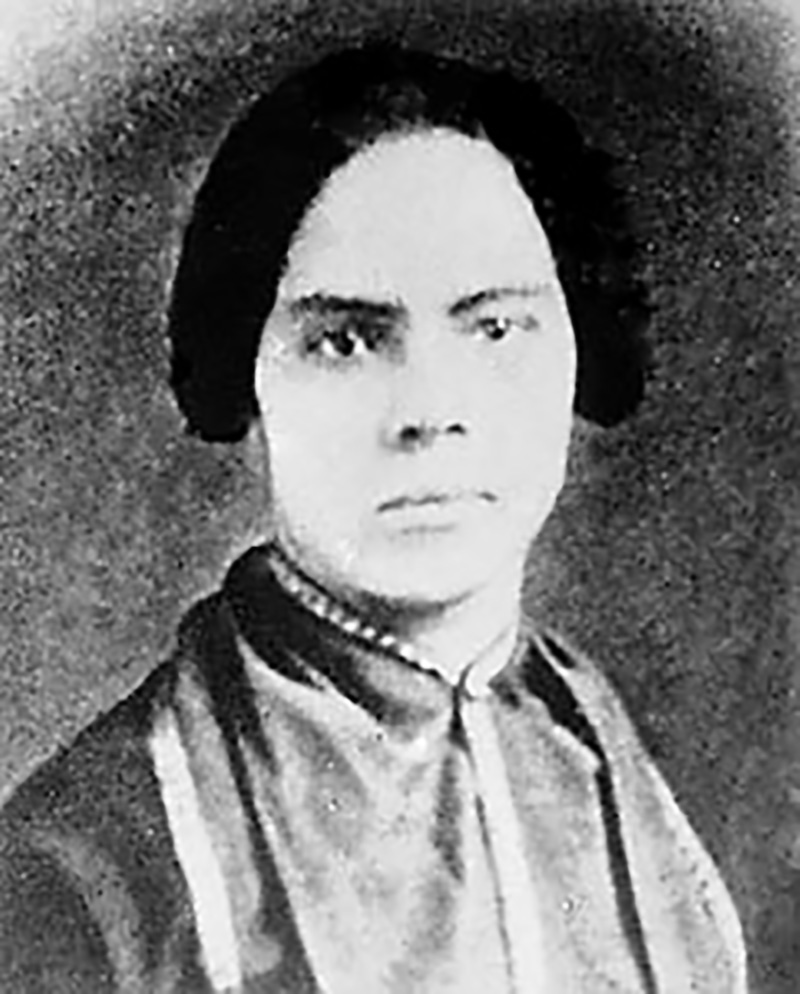 “It is better to wear out than rust out.”

Mary Ann Shadd Cary was North America’s first black woman to publish a newspaper.  She was viewed as an outspoken, forthright woman who overstepped the boundaries of a typical black woman in the 1800’s.  Mary Ann was also a notable figure in the Canadian anti-slavery movement, advocating for universal education, black emancipation, and the right for women to participate in these movements.

Mary Ann was born on October 9, 1823, as a free person, in Wilmington Delaware, which was a slavery state at the time.  In 1833 the Shadd family moved to Pennsylvania to provide Mary Ann with a better education.  She was educated in a Quaker school where she was taught that slavery was wrong, and that universal fellowship was valued.  In 1839 she moved back to Wilmington Delaware to open a school for black children.  Twelve years later Canada called and the black community invited Shadd to open a school in Windsor Ontario.  Shadd taught black children at a Canadian school, even though she was in opposition to segregation in schools.  Shadd was critical of organizations who were begging for money from the whites to offer Canadian land to fugitive slaves; though they would not offer the same to poor free blacks.

When Mary Ann was not given a voice in an influential newspaper “Voice of the Fugitive” she started her own newspaper.  In 1852 Mary Ann Shadd founded the Provincial Freeman and became the first black newspaper editor in North America.  Unfortunately, she knew her paper would not be accepted with a woman editor, therefore she put the name of Samuel Ringold Ward, a prominent abolitionist, as the editor.  Ward “insisted that Negroes arriving in Canada must speak with one voice in demanding their rights, which he concluded, were as little respected here as in the United States.”

The “Provincial Freedom” newspaper was published from 1853 to 1860.  It was intended to provide a voice for blacks in Canada and as an offset to the only other black newspaper “Voice of the Fugitive.” Provincial Freedom was distributed throughout Canada and the Northern U.S. states.  Shadd’s editorial style was uncompromising, and she tended to be critical of anyone who did not agree with her views.  Although Mary Ann continued working as editor, she persisted having a male listed as editor, eventually naming her brother as editor.  On January 3, 1856 Mary Ann Shadd married Thomas Fauntleroy Cary, a Toronto businessman and barber.

Following numerous short closures due to financial difficulties, the “Provincial Freedom” closed permanently in 1860.  Mary Ann and Thomas Cary had one son and one daughter before Thomas’ untimely death in 1860.  After the death of her husband, Shadd Cary resumed her teaching career and a continued to be a prominent figure in the antislavery movement, eventually leaving Canada to return to the States.

In 1883, at the age of 60, Mary Ann became the first black woman to earn a law degree from Harvard University Law School.  Mary Ann continued to be a forthright promoter of African-American equality and women’s rights throughout her life.  She practiced law until her death in Washington D.C.  on June 5, 1893.

As recognition of Mary Ann Shadd Cary’s contribution to Canadian History, in 2009 a bronze bust of Mary Ann was unveiled at the BME Freedom Park in Chatham, Ontario, Canada.  The bust was created by world renowned artist Artis Lane.