Articles
The Voice
After the Wildfires 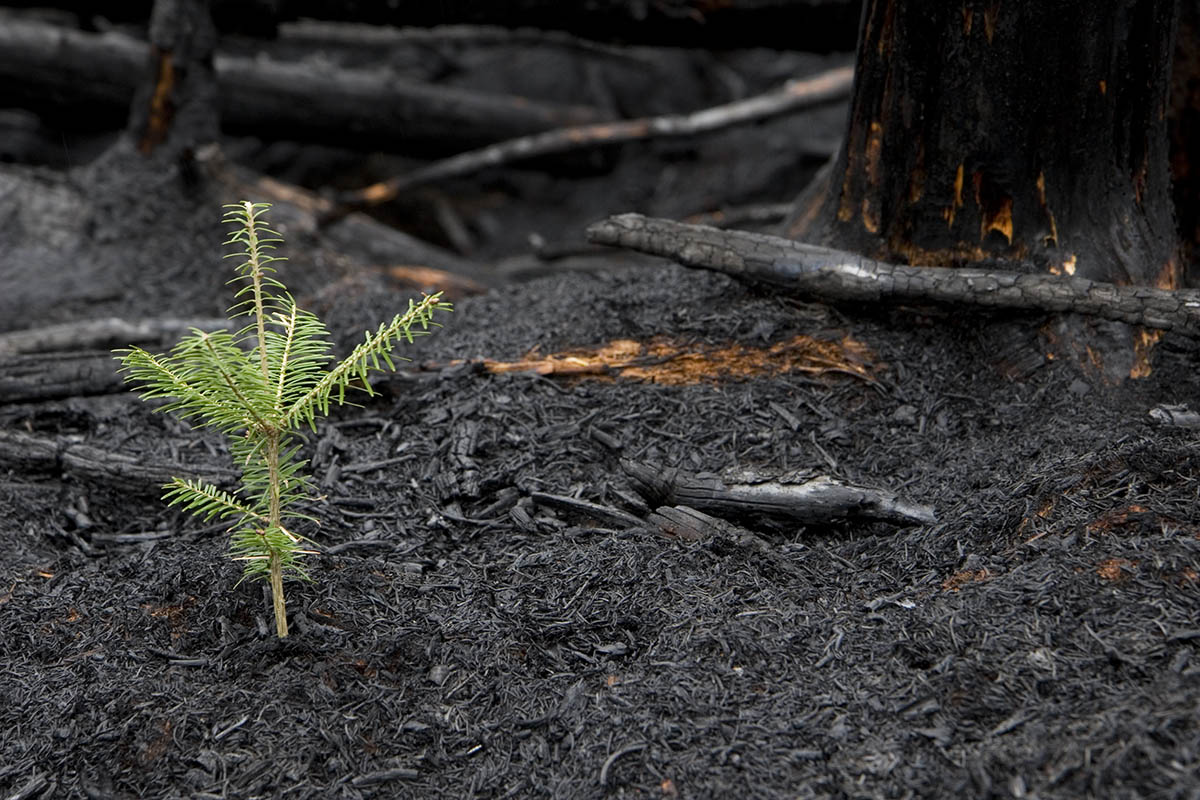 From where we live, the edge of the burn, where the wildfires stopped, was about 50km by road.  Over the weekend, we went for a short drive to see what they’d left behind.  On our way out, we saw a few bears, and I was thrilled to see they had survived.  It was a bit heartbreaking to see a black bear wandering through a dead forest, but it was still thriving and looking healthy.

A few years ago, there was a fire on the other side of town, up a popular mountain for hiking.  We hiked through there the summer following the fire, and while the trees were burnt, white, and unstable, the forest floor was filled with wildflowers—life.  The Nadina wildfire didn’t leave much of anything behind.  The trees had been ravaged and killed by the pine beetle years before and were already unstable, so while the fire burnt the trees fell and in some areas there was quite literally nothing left.  The ground was grey with ash and there wasn’t a tree left standing, the occasional charred stump stood out, the entire area wasn’t like this, in other spots it looked more like the mountain fire—dead, burnt, but standing.

This area is part of the Fraser watershed, and this year there was a larger than normal sockeye salmon run that came up the rivers.  We were able to see the river from areas where it would have normally been completely hidden by trees.  But now, there was a clear view to the bottom, to the river.  Flying through the blackened trees, gorging on the dead fish, and perched on a charred stump, were dozens of eagles.  I was surprised to see anything moving in the blacked forest, but it was nice to see, even at the heart of it, animals thriving.  To see that the salmon survived long enough to spawn and feed the many animals that rely on them—and that the number that came through this year was so much higher than last year’s run, a year when the other food sources that the animals rely on (berries, leaves, etc), especially the bears so they can prepare for hibernation, is all but lost.

As we drove along, both sides of the road were burnt as far as we could see.  We know that it carried on much further than that, but over ridges what we saw was a fraction of the devastation.  In the middle of burnt trees, there were patches of lush green.  Where planted blocks survived.  The trees were probably 10-20-years-old, but they were still so green that they didn’t burn—and the fire fizzled out.  The edges of these blocks were singed and red, but beyond that they were lush.

There was a lot of controversy about how these fires were handled this year.  With so many large, hot, fires burning in this area it was difficult to contain.  And, while we heard the number of hectares, heard how far it traveled overnight or when the wind picked up—while we could see the bank of smoke, or couldn’t see the neighbours because the smoke was so thick, the extent of these fires is unimaginable until you see them.  Until you drive through and see that in areas there is nothing left.  But the forest will recover, the animals are already coming back.