Columns
The Voice
The Fit Student—Kick the Cancer

Knock down your risk of cancer by munching garlic and onions, by swallowing daily citrus fruits, by chomping Brussel sprouts, by shaving your x-rays to once a year, by avoiding the sun, by quitting smoking, and by steering clear of electrical wires, says author Vernon Coleman.

I add beware of cell phones.  I’m sure it was a cell phone that fried the nerves in my friend’s thumb.  She wore a hand brace for weeks.  So, could cell phones fry not only your thumbs but your brains, too? Lately, I’ve heard of many cases of brain cancer.  And I wonder who’s funding the research on risks of brain cancer for cell phone users.  My guess is Apple.

My doctor went gung-ho with screenings.  During the past two years, she marched me to nearly fifteen X-rays and ultrasounds—plus a biopsy and an MRI.  And found nothing.   But recently she had a change of heart.  I should cut back the zaps to just one ultrasound per screening, she said.  But I did better than that: I scrapped all but one screening a year.  After all, X-rays in excess might cause cancer.

He also says the cancer industry wastes donations on finding cures.  Prevention, he says, makes better sense.  So, if you are a nursing student, if you have a loved one with cancer, or if you eat the Western diet, you should read Coleman’s book Power Over Cancer.  I cite his ideas below:

Avoid lung cancer: don’t smoke or vape.  A year ago, I entered the final round of interviews at a tobacco company.  The interviewers puffed on special heated-not-burned cigs.  And the company boasted the goal of a smoke free future.  So, I told the interviewers I’d host meetups to help smokers quit.  The key interviewer scoffed, “Our goal is not for people to quit.  We don’t care about being healthy.” He patted his round belly, and laughter pierced the smoky room.  When I probed about the smoke free future, he leaned back, puffed his cig, and shook his head.

I wonder who funds lung cancer research.  My guess is tobacco companies. 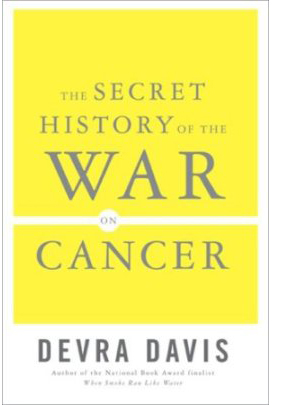