Features
The Voice
An Interview with the Minister—November 21, 2018 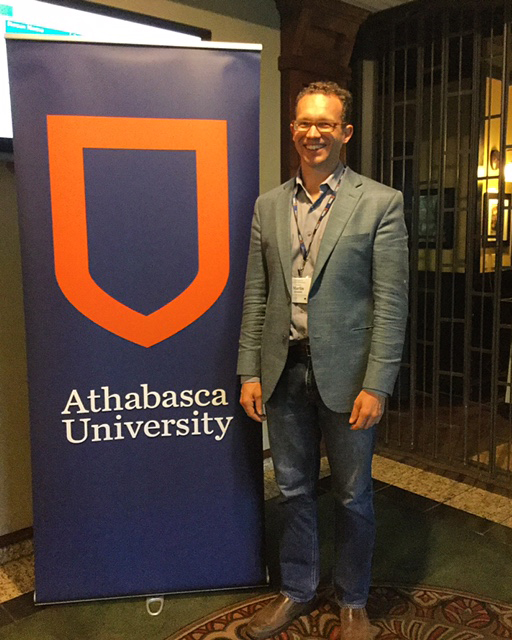 For those who aren’t aware, some of the key points of Bill 19 – An Act to Improve the Affordability and Accessibility of Post-Secondary Education are that it puts language controlling tuition directly in the legislation, where it has to be subject to public debate if it’s going to be adjusted, and ties tuition and mandatory fee increases to the Alberta CPI, barring exceptional circumstances, and even then, those exceptional circumstances have to be agreed on by the students who would be affected.  It also requires that post-secondary institutions provide guarantees to international students about the full cost of their four-year degree; ensuring predictable tuition for them.

Recently, I was able to get a few minutes to speak to Advanced Education Minister Marlin Schmidt on the recent passing of Bill 19 through it’s third reading.  So, naturally, I started off asking about something completely different: the tuition freeze and post-secondary funding review.

The Voice: There was a lot of talk about the government not only adjusting tuition policy, but also adjusting the entire funding framework.  Is that still ongoing and, if so, will it be ready before the next election?  This is the one that is of serious importance to AU.

Minister Schmidt: No decisions have been made on that yet, while there’s still some talk about adjusting the funding formula I’m going to have to point you to the next budget as the most likely place any changes in funding will be found.

The Voice: I was going to ask what a domestic student really means, but my last look through the bill explained that to me: basically, any Canadian citizen or resident.  With respect to that, though, typically the Alberta government has tried to provide funding at a level that supported about 2/3rds the full cost of tuition for Alberta students.  Will that funding be adjusted, in line with the new bill, to 2/3rds the full cost of tuition for domestic students? Because that would be a significant boon for AU.

Minister Schmidt: Operational funding for Post-secondary institutions is based primarily on the precedent of what went before, adjusted by the priorities of the government of the day, and while the 2/3rds ratio is generally true (with some significant variation for particular institutions, as you know) it’s not how the amounts are decided, so the definition of “domestic students” won’t be a factor in this.

The Voice: You’ve upgraded a lot of colleges to universities with this bill, and have made it easier to do so to other colleges in future.  Universities tend to have higher costs and overhead than colleges, but I understand the NDP government wanted to do this to be sure education could be reached closer to people’s homes.  Yet with AU, you have an education that people can reach right in their homes.  So why upgrade those colleges and have to spend more on overhead when you could have just given more to AU to expand their programs without significant additional overhead?

Minister Schmidt: While AU is great for those who are able to do the work on their own and has lots of advantages, such as being able to work within your own schedule and where-ever you are, there are many different types of students and they have different learning styles.  Some of those students simply do better in a classroom environment, and for students living in the central areas of the province or further north, the trip for those students to classes in Calgary or Edmonton makes it a much larger cost.  We’re making these changes and investments so that those students don’t have to take on the additional expense, or worse, forego education altogether.

The Voice: AU’s Third party review was completed a year ago.  AU has said they’re taking steps to address the recommendations on their side, is there anything else coming from the government side on this?

Minister Schmidt: We had a meeting not terribly long ago with the writer of the review and the board, kind of an update, and he expressed that he was quite happy with how the work was coming along. For our part, we’ve made significant increases in funding, as well as our announcement in June with the 4.9 million grant we provided for additional support for AU in accordance with the third-party review and AU’s strategic plan.

The Voice: About international students, the new legislation demands that post-secondary institutions guarantee the cost of their four-year degree when they sign up.  However, with AU, many students sign up for single courses, and many students take far longer than four years to complete a degree.

Minister Schmidt: Yes, we’ve been thinking about that and we may need to do some sort of ministerial action to address the specific issues of AU when it comes to this.

The Voice:  During the last stage of debate on this bill, the opposition noted numerous times how carbon taxes were raising the costs for post-secondary institutions and students alike, with demands that they be eliminated. How do you respond, and more importantly, how do you justify this to Albertans?

Minister Schmidt:  We’re looking beyond just the short-term costs and noting all the improvements, both long and short term, that the carbon taxes have allowed us, such as improved public transit corridors, which benefits many students, and the investments we can make into diversifying our economy into technology and green energy projects.  We also note that we’ve been making increasing investments into post-secondary each year. That’s part of the case we’re going to be taking to Albertans in the next election, and hope they agree that it’s worthwhile.

And with that, the Minister had another interview to get to, so we thanked each other for the opportunity and that was that.

I should note that the Minister’s comments are not verbatim here, as I’ve paraphrased most – we were both speaking quickly, and to some extent, informally, due to the time constraints.  Also, in the spirit of full disclosure, I’ve been around for too many conservative governments and seen what they do to post-secondary education funding any time the price of oil drops or there’s any other revenue challenge to their budget, so I’m biased against them generally.  I don’t think I softened my questions to Minister Schmidt at all based on that, but if you disagree, let me know.  And let me know what questions you would have asked that I missed. You never know, I might get a follow up opportunity.

That said, it sounds to me like the funding review has been placed on a far back burner, which, in my opinion, is not a good thing for AU.  That significant variation minister Schmidt was talking about is one that is particularly hard on AU with our high concentration of out of province students, and I know many at AU were looking toward the funding review with a hope it would address that.

Also, personally, I was hoping that the new language in the PSLA of what a domestic student is might be the government figuring out a way to slide in improvements to AU’s operating grants without triggering the politics of competing universities demanding similar improvements, but it seems I was wrong on that guess.