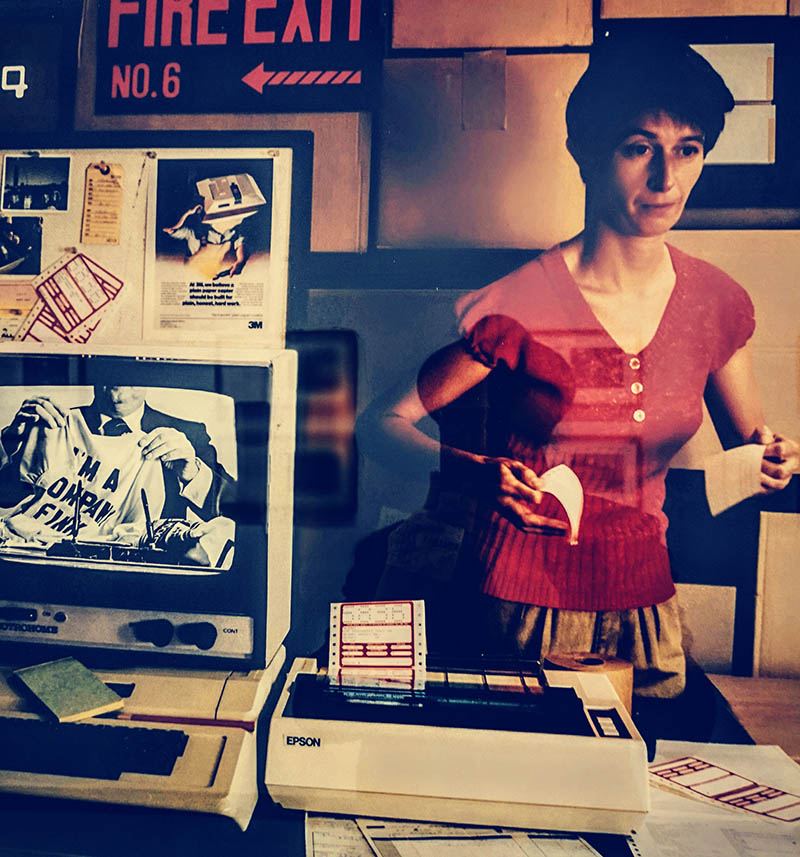 I think there are those of us, not few in number, who do not quite fit into the world.  Our mothers send us out to the corner store for milk and cigarettes one morning, and we take a wrong turn, stumble through some quantum doorway into a new dimension.  When we return home, it is not quite to the same house, the same kitchen, the same mother.  Things have shifted, our edges not longer describe the shapes expected of us.  We mean no offense to the inhabitants of this parallel universe, but things were just slightly better back home.  The rain smelled sweeter, the snow fell more softly, the cream tasted fresher.  Back there, there was more love and less anger, more poems and less propaganda.  Our prospects happier, our friendships more profound.

Sometimes this losing of the way does not happen in childhood.  I have heard stories of women and of men who have lived long, rich lives.  For decades they have gone about their routines and their adventures, at once complex but reassuringly predictable.  Then, one morning in November, let’s say, they wake up to find the world they knew has tilted on its axle.  Strangely, such transformations are rarely positive.  There are burning cars on the boulevard where magnolias once grew.  There are tornados and smoke in the skies where wild swans once flew.  There are ghosts in their partners’ eyes, hate or fear in their neighbours’.

For a long time, such lost souls may wander about this off-kilter world, searching for that elusive doorway home.  Sometimes, if they are lucky or watchful, they catch glimpses of other travelers who are also lost.  Sometimes they hear the voices of these kindred spirits singing to them on the radio, see their images of the beautiful and mysterious lost lands hanging on gallery walls, or read their coded messages on the pages of books.  Many times, with a shock, they will realize these other travellers are long dead, and they will wonder if they ever found their way.

From time to time their paths cross at cocktail parties or cemeteries, seances or shopping malls.  Their eyes will meet, just for a moment.  Is it safe to speak? Sometimes they find themselves standing side by side on a hillside or city street, watching the skies changing colour, or passing comets, or the lights coming on in distant office buildings.  Some shock of understanding and recognition will pass between them, and they will know that they are, both of them, travellers of time and space.

Perhaps they will speak in a common tongue, their hearts will connect in a common cause.  They will share their legends, share their maps.  They will make a fateful decision: to continue searching, or to stop and build something from the blueprints scratched into their hearts and minds.  They may run, or they may grab hammers, nails, shovels.  They may pull their collars up about their ears and wander off into the storms of this weird world, or they may break ground for a new shelter.  Perhaps, every now and then, they may discover that the world they thought they had lost has been the world they have lived in all along.  They just needed to see it with new eyes.

Buying Your Money – My Experience of Zimbabwe