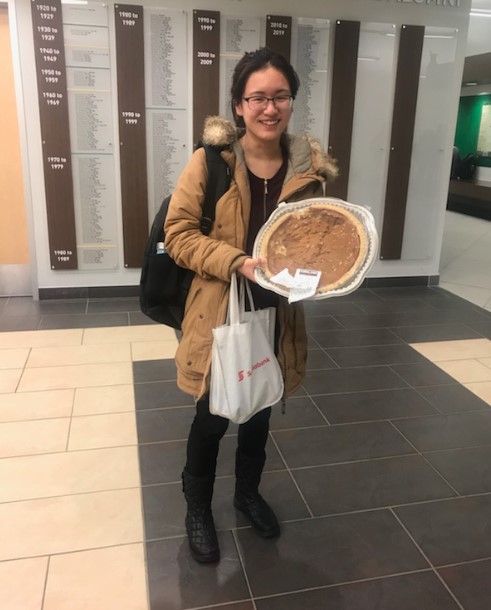 A week ago I had the honor to participate in a pie eating competition hosted in Edmonton by the University of Alberta.  Being an amateur in the food challenge scene meant I had a large learning curve.  The pie was exactly 12 inches wide and 1.85 kg in weight.  I had no idea how I could overcome this enormous opponent in under 10 minutes (the allowed time for this competition).  Despite not being crowned the title of pumpkin pie eating champion, I was thoroughly glad to be part of the experience.  Here is what I learned from the ten minutes of this challenge: 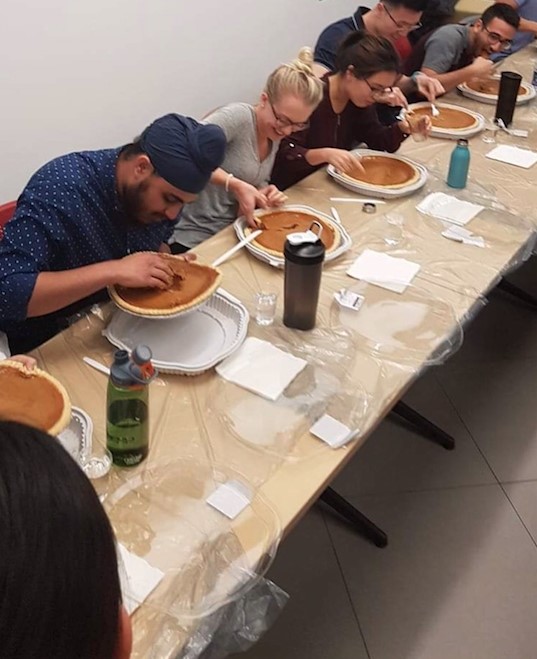 If it’s your job to eat two frogs, it’s best to eat the biggest one first.

This statement applies to any food challenge.  First conquer the toughest opponent.  For me, the pie crust seemed delicious as the flaky pastry almost melted in my mouth.  However, the pie itself was comprised of thick, dense, gelatinous filling that seemed almost inedible after the first few bites.  Hence, eating the filling would have been the optimal strategy.  For other food challenges, this might mean gobbling down an entire mountain of pho or ice cream, always start with the hardest thing to eat.

The actual food item always looks bigger with every minute of the competition.

While I was scooping massive cupfulls of pumpkin pie into my mouth, I felt the pie growing with every gulp.  After five minutes, it appears as if I had barely made a dent. 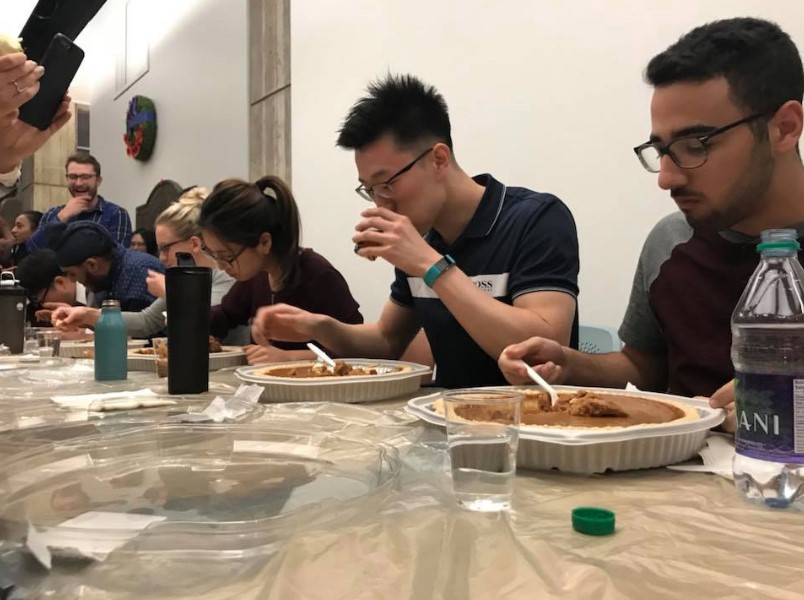 Never look at your opponents.

Staring at your opponents may be the worst way to start a competition.  Competitors may use many different strategies.  For example, this might look like using hands as eating utensils or drowning down the food with water.  Whatever may be the case, staring at your opponents not only overwhelms you but also distracts you from your personal strategy.  For example, my personal strategy was to use the plastic cup provided to scoop the contents of the pie into my mouth, but many others used their forks and others used their hands.  Always go with what your strategy is, and don’t compare with others. 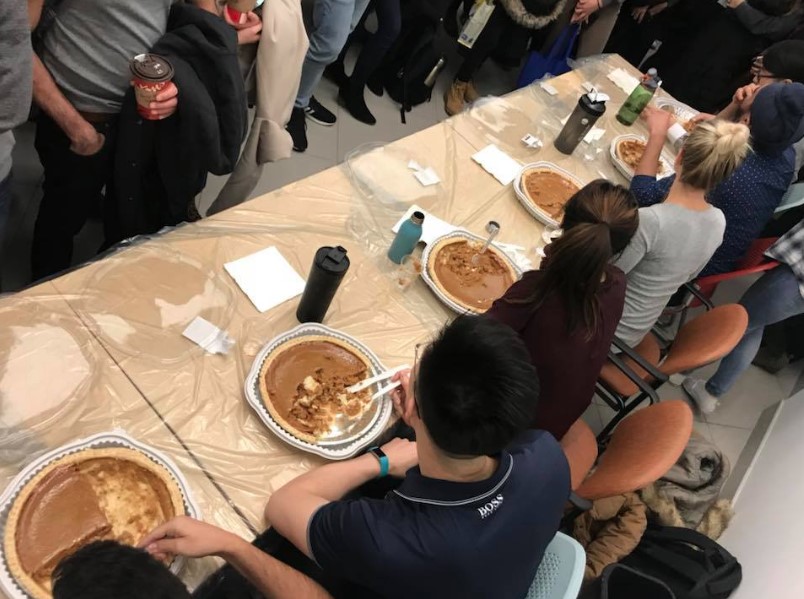 If you’re planning on partaking in an eating challenge, you must brace yourself for the public comments and perhaps social media involvement that ensues.

Bring some antacids for heartburn.

One mistake I made during this challenge was not bringing some health aids such as TUMs or Milk of Magnesia.  After the challenge, I sat in class for an additional three hours which was taxing on my stomach and also created some major sugar rush.

At the end of the day it’s not about winning, so much as enjoyment.

I had the chance to sit alongside some friends and share some laughs.  I had great stories to tell my family and friends and bring home a “nearly” unfinished pie for dessert.