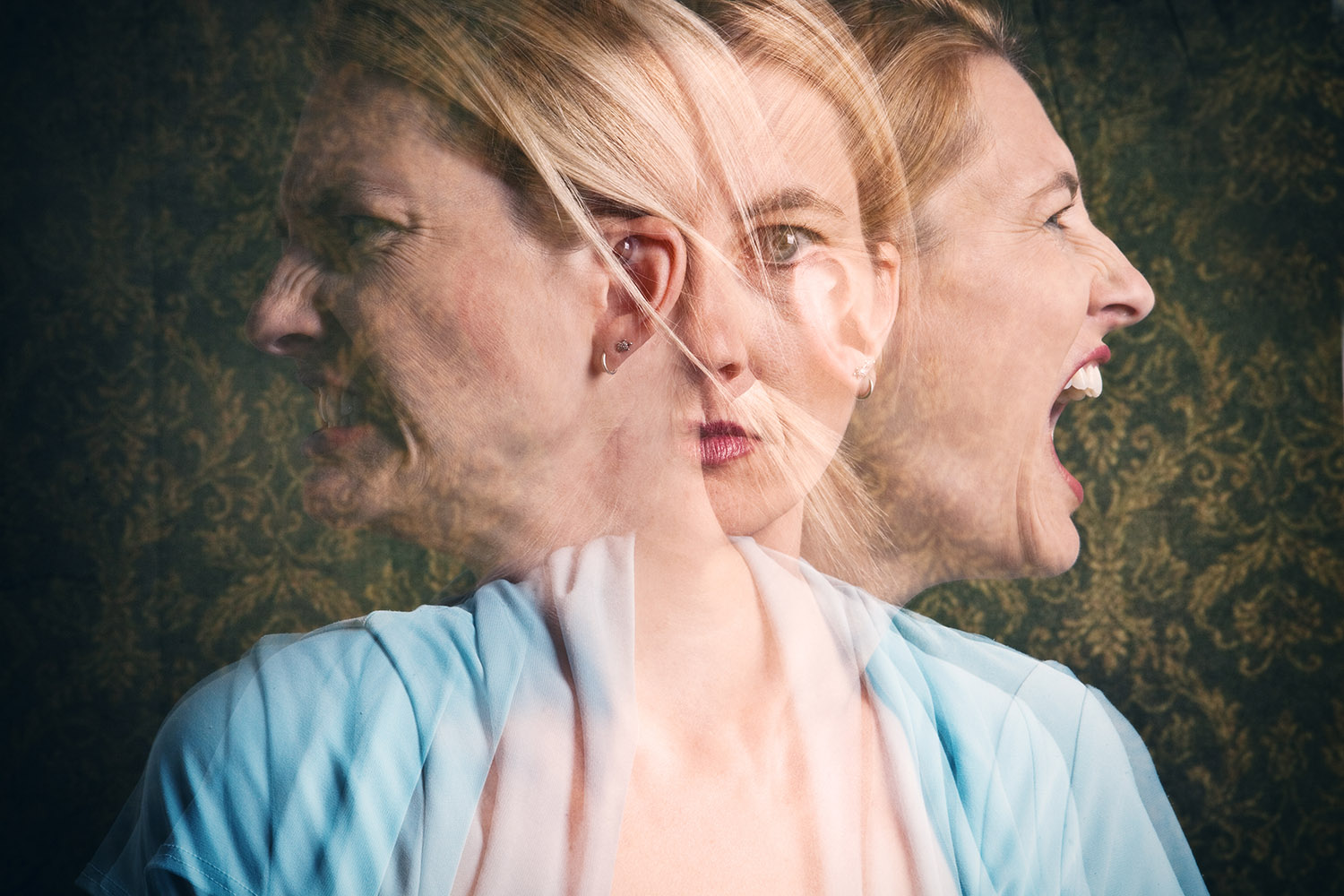 On July 22, 2017, my sister passed away.  She was only thirteen months older than me.   I wrote about Marion (Mary) in a previous issue of The Voice Magazine.

Mary and I spent part of our childhood together.   She was my closest sibling, and I always felt we were a part of each other.  I was connected to Mary in a way that I wasn’t with my other siblings, or even my parents.  We shared the pain of being born into a family where we felt totally unwanted and experienced abuse and neglect.

As teenagers, Mary and I were involved in a deadly car accident where a friend was killed.  Mary sustained a traumatic brain injury and numerous other injuries including a broken leg and pelvis.  My injuries were minimal.    The brain injury changed Mary and our relationship forever.  I tried many times over the years to reconnect with her but it was always strained.  We grew more distant, only writing at Christmas or birthdays.  We both married and had children, but our families hardly knew each other.

During the last five years of Mary’s life things changed again and we began to talk more.  I soon began to realize how ill Mary was, both physically and mentally. I was shocked to see the transformation from the last time I had seen her.  She had no teeth, did not wear dentures, and was extremely thin.  Her spine was twisted with osteoporosis, making it impossible for her to strand straight.  She often lost her balance and fell, usually hitting her head.

My heart ached for Mary.  I hated the pain she was living with and I wanted her life to be better.  She weighed between 75 and 80 pounds and her diet consisted mainly of cheerios, peanut butter, diet coke and black coffee which she ordered from the neighborhood convenience store since they delivered.  She slept 18 hours a day.  If I called her before 7 or 8 in the evening she was in such a deep sleep that her phone would ring so long that the operator came on.   Her mental state continued to deteriorate.  She was irrational and suffered from temporal lobe seizures and rages.

The osteoporosis had been brought on because the medication she was taking for seizures had depleted her bones of calcium.  It could have been prevented if her doctor had put her on calcium supplements, but neither Mary’s doctor nor the pharmacist told her this was a side effect.  In fact, the situation only came to the doctor’s attention when our older sister took Mary for a doctor’s appointment and mentioned the curvature in her back.  She was sent for a bone density test and the diagnosis was made, and then she was prescribed calcium supplements.  Mary took the medication, but she refused to accept that she had osteoporosis, nor would she agree to use a walker or cane to help with her balance.

Following a fall and a visit to the hospital, the hospital refused to discharge her unless she agreed to use a walker.  She agreed, reluctantly, but two days after leaving the hospital she called the pharmacy and told them to pick up the walker, sitting outside her apartment door.  I tried to convince her to keep it but her response was “I’m only a year older than you and you don’t have one.”

Mary’s mental illness was extremely frustrating.  She saw everyone as a threat.  She told me people were coming into her apartment and stealing her cigarettes and diet coke, and leaving notes for her that she would find posted on her fridge.  I tried to explain to her that no one could get in with her door locked and the chain and knives across it.  She was convinced we were trying to put her in a home, when, in reality, we were trying to get her some help to improve her life.

One evening, after we talked on the phone and had a good conversation, or so I thought, she reported me to the police.  I was awakened at midnight to the sound of my phone ringing.   The police officer on the other end of the line said he had received a complaint from Mary that I had been harassing her.   She regularly blocked my number and I was not able to call her for months.  Then, out of the blue, she would call and ask why I had blocked her.  I was angry, frustrated, and almost ready to give up.   During her lucid times we talked about the pain and betrayal we felt from being abandoned by our parents.  We knew how each other felt and I made the decision to always be there for Mary.  Every time I spoke to her, she asked me to tell her daughter that she loved her and I promised her that I would.   At times I believed I was reaching her and that she was ready to accept help, but she never did.

I had not physically seen Mary for two years before her death, but I knew she was getting worse when she told me her physical symptoms.  She described cuts and bruises she had gotten from falling and said that her fingers and toes were black.   She said everything she ate went right through her and left her toilet full of blood.  I feared for her and made her promise to tell her social worker.  At times family members had contacted her doctor and social worker, but with the privacy laws, there was nothing anyone could do without Mary agreeing to accept help.  I lived in another city a two-hour drive away and when we made plans to visit, she always cancelled.   Eventually her children, grandchildren, and our other sister grew tired and frustrated from the abusive rages she’d direct toward them and they stopped contacting her.

The last time I talked to her was in June 2017, six weeks before she died.  We had a great conversation and made plans for me to visit the next week.   I went shopping and purchased a few items to bring for our visit.   The day before the visit, I called and a recording came on: “this person is not accepting calls from you at the present time.”  I called on my cell phone and she seemed confused as to how I was able to call her.   She cancelled our visit and banged the phone down.   I decided to give it a few weeks and call her again, but that would never happen.

A couple of weeks later we went camping for the weekend.   On Friday afternoon, after parking and setting up our camper, I received a call from Mary’s social worker, Nadia  She said that Mary had been admitted to the hospital with pneumonia.   Nadia said Mary was not doing well and she had lost more weight, and her mental and physical health were getting worse.  She said that we needed to get together as a family and have Mary moved into to an assisted living facility, because the hospital might decide to only release if she went into an assisted living facility.  But if the hospital chose to release her on her own, our next step was to go before a judge and have her declared incapable of taking care of herself.  We did not want to take Mary’s independence away, but it seemed there was no other option as she was getting worse.  We decided that if the hospital sent her home we would begin the legal proceeding immediately.   On Saturday morning I called the hospital from the campground, hoping to be able to talk to Mary, but they said she had been discharged.   I was surprised, but, in a way, I was relieved that they felt she was well enough to be released.

Two days later when I returned home Mary’s social worker called and told me that Mary had passed away.  I was confused and thought she must be mistaken.   Nadia said the hospital had misinformed me and Mary had never been discharged, She died a few hours after being admitted as a result of the pneumonia.  Mary had no one listed as next of kin; therefore no one was informed of her passing.  She died all alone in a hospital bed with no one by her side.  My heart broke for her having to spend the last minutes of life alone.   I didn’t want this horrible end for Mary.  I wanted to be with her, to help her heal the pain.  My chest felt tight, I did not want to breathe in this reality.  My eyes burned with tears.

A part of me died that day with my sister.   I think about her every day and wonder why she had to live such a tortured life.  She was a menace to herself and the only people who could help her, let her down.  Her doctors, social workers and family should have been able to save Mary from herself, but because of the mental health act, there was nothing anyone could do without her consent.   Mary was never able to find peace while alive.  Happiness came to her only in glimpses.