Columns
The Voice
The Study Dude—Mistakes! 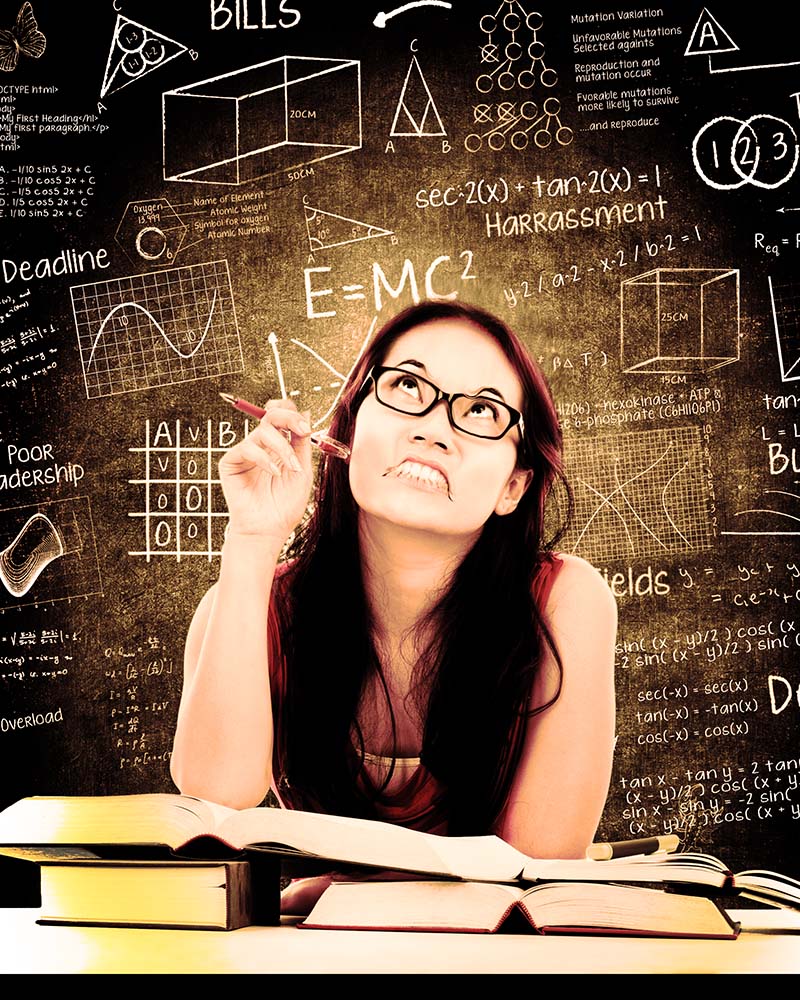 What happens when we make mistakes?  Bomb at tests or fail to enter the PhD?  “On the one hand, you know that you’ve erred; on the other, you believe yourself to be a capable and smart individual.  To reconcile these two options you can either lower your self-view a notch or two, or you can rationalize—for instance, spin a story about why the mistake is not yours after all” (Schoemaker, location 745 of 2588, 29%).

Some of my biggest mistakes happened during grad school.  I exercised two to five hours a day, leaving little time to study and less time to rest.  I spent months designing an elaborate dance, music, and art show for a creative academic conference.  I took singing lessons and dance lessons, starred in a documentary film, joined a choir, volunteered at the university television station, worked part-time, and secured a National Film Board contract for my David-Suzuki-wannabe prof—all in the first year of grad studies.  These distractions lowered my GPA.  But “not all mistakes are bad … Mistakes get a bad rap at times.  We believe that they are to be avoided at all costs.  But progress actually occurs in fits and starts, failures and successes.  Mistakes allow us to learn more quickly and take us in new directions” (Schoemaker, location 626 of 2588, 24%).  After all, had I pursued these mistakes, I could’ve been a movie producer or stage singer by now—anything but an academic.

In grad school, I made enemies.  My first supervisor had a love-hate relationship with me.  I had held an event for charity, and her group of pals didn’t get invited.   She then scorned me throughout my degree.  But she helped me graduate in the end, despite harsh words and ill will.  “Teachers who hold favorable views of children when school starts will unconsciously influence them so that they do better than they might otherwise have done” (Schoemaker, location 887 of 2588, 34%).  That was not my case.

Near the end of my degree, she told me I needed a 3.8 GPA to get into the PhD program.  That was world-altering news to me.  I had just over a 3.5 final GPA.  Thus, my PhD dream was quashed.  But she failed to tell me that I could upgrade one or two of my master’s courses.  I only learned that a week ago, over a decade later.   But I had left the PhD dream—defeated—long ago: “Few of us like to make mistakes.  They are a vivid—and often painful—reminder of our limitations, our fallibility.  Consequently, after a mistake, most of us simply move on, eager to sweep the error under the carpet” (Schoemaker, location 665 of 2588, 26%).

The worst news came when I learned she got hired as Dean.  With her as Dean, I’d never have the opportunity to “try again” or to teach in the department.  Yet, today I played with thoughts of returning to get a PhD—once she retires.  Author Paul J.  H. Schoemaker says “without disconfirmation, we fall into the trap of running only experiments aimed at proving our initial hypothesis and deluding ourselves along the way” (Schoemaker, location 585 of 2588, 23%).  Thus, maybe I’m deluding myself, and she’d welcome me with a letter of support.  And maybe my feisty Grandma, at age 94, could knockout Ronda Rousey with a single punch.  I’d bet on the latter.

After the master’s program, I clung to my dream of entering a PhD program.  I spent a decade working on my weakness—my writing skills.  Author Paul J. H. Schoemaker says, “The school of hard knocks is a great teacher, even if the tuition is very high, precisely because the lessons make such a deep imprint.  We need emotion born of direct, difficult experience to internalize, remember, and learn” (Schoemaker, location 782 of 2588, 30%).

And if I ever return for the PhD, I’d write a thesis on the state of the medical system, big pharma, and chronic fatigue syndrome (CFS).  You see, my years of eating a Western diet and not exercising brought on a case of what I believe to be undiagnosed CFS.  But I cured myself through fitness and nutrition.  Now I long to help others with CFS.  Sometimes “brilliant mistakes have two prime ingredients.  They require that (1) something go wrong far beyond the range of prior expectations and (2) this allows for deep new insights to emerge whose benefits far exceed the cost of the original mistake” (Schoemaker, location 638 of 2588, 25%).

But getting into the PhD program may have posed a new host of problems: “Any streak of luck can turn into a curse; any unfortunate event can turn out to be a blessing” (location 326 of 2588, 13%).  Everything morphs over time; thus, a blessing could one minute be a curse, the next minute a blessing again.  Thus, the point in time you make your evaluations matter (Schoemaker, Ebook).

Maybe I’ll return for the PhD one day with the aim to help people with Chronic Fatigue Syndrome.  As my boyfriend reassures, “Just when everything seems negative, a world of positive awaits around the corner.”

The Study Dude—Win A Grades with Tricks