Articles
The Voice
Don’t Believe Everything you Read 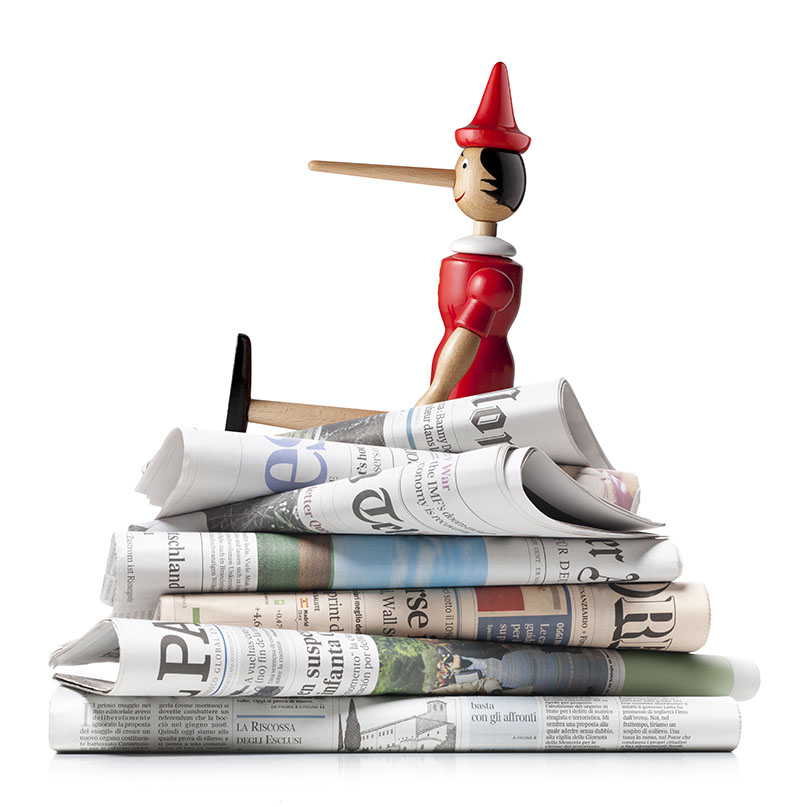 “Obama and Michelle to Divorce.”

These are examples of headlines you can find online.  Well, these are actually fake news headlines because Michelle and Obama are still married!

Now, of course there are places (like those who claim aliens are living among us and the government is hiding it or that eating French fries everyday will cure cancer), you wouldn’t go to read the news, because it’s obviously unfounded, but others are not so obvious.

The fake story of a mother in Idaho sentenced to prison for seven years just for breastfeeding her 6-month-old in public, was posted online by the SeattleTribune.com in September 2016, and has been widely shared and believed. (Gillin, online).

Facebook has said they would take action to stop fake news on their site after coming under criticism for allowing known false stories or news to be spread. The new changes will allow users to contribute their thoughts on if news is fake and, with enough votes, may be sent to a fact-checking organization for verification (Griffin, online).  There are third-party fact-checkers in place, like Snopes, but they can’t catch everything.

A lot of other big fake news or reports online deal with cancer and may be detrimental to the health of the public. These stories may also be a problem in the news if they provide fake research or health claims.  Think of the many vitamin and health shops around online, all trying to get your money. There is competition out there for your dollar.  Some of these sites may even have research to back it up (or at least claims of research).

While there are a lot of real health products that should be considered, some claims made by a company may not be proven with results. In the past, many companies have gotten in trouble from government watchdog agencies for exaggerated or for unsupported claims of health benefits.  Even some major companies have been in trouble for making these types of claims, yet it continues to happen.

In a Vanity Fair news article about fake news, they highlight a story about Melania Trump having a body double.  This started as a joke, but it turned into a conspiracy. There are many other conspiracy theories out there as well. That’s why fake news may be dangerous. The dangers lie in the person looking for honest information and perhaps coming across a site that says something like cancer can be cured by drinking a glass of dandelion tea for one month straight, and then having their health deteriorate because they did not seek other remedies or take their doctor’s advice.  According to the Food and Drug Association, the fraudulent health products are deceptively promoted as being effective against something but have not been even proven safe or effective for what was claimed (FDA, online).

New conspiracies, which often incite hate or are downright negligent, may be dangerous to people’s overall attitudes and trust system as well.  Without trust and validity this world would be a much scarier place.  Imagine going to the doctor, asking for someone to help with a migraine, and having three different doctors come to you with conflicting advice or products.  I am all for natural products, in fact, I use them daily, but there needs to be sound evidence and research that will back up these health claims.

Other dangers arise from the fake and hateful news articles that are often posted online.  Things such as interfering with police investigations—claiming certain people are murderers before they are found guilty, or making up stories about being attacked in the news so as to cause concern and hatred of another race or to gain sympathy—are very dangerous to society.

What can you do to make sure you’re not getting fooled by fake news? Here are some things that can help. First, check that the website has accurate information on its main page.  If there are errors there, there are sure to be more.  Next, check the date and names and make sure that there is accurate information by checking references.  If it is a health claim, I would look up the product independently and check for independent research studies (double-blind placebo is best).  Check for spelling errors, this may indicate a problem.  Next, cross-reference the issue.  Make sure that other places are saying the same thing as well.  Finally, trust your instincts a little.  Yes, there are times when we can be horribly wrong, but sometimes our instincts are smarter than we think.

For now, Facebook has introduced ways to allow users to flag disputed news shared on the site; but, they will still allow news known to be false to be posted and shared.  The main thing is that you don’t get too upset over it or make a big deal.  This is because psychologists have said there is a ‘backfire effect’.  This effect has been known to turn the efforts to correct fake news to cause the opposite effect, which may strengthen the views that someone believes to be wrong or fake.  However, there are also ways to counter-act the backfire effect.

References
Badings, Craig.  N.d.  “Are you a victim of fake news? Here’s what you can do about it.”  in Firebrand Ideas Ignition.  Retrieved from: https://firebrandtalent.com/blog/2017/12/fake-news-victim-what-can-do/
FDA.  (2013). “6 Tip-offs to Rip-offs: Don’t Fall for Health Fraud Scams.”  Retrieved from: https://www.fda.gov/ForConsumers/ConsumerUpdates/ucm341344.htm
Griffin, Andrew.  (2016).  “Facebook’s plan to stop fake news revealed by Mark Zuckerberg, but site will continue to promote stories it knows to be Fake News.” in Independent.  Retrieved from: https://www.independent.co.uk/news/uk/politics/facebooks-plan-to-stop-fake-news-revealed-by-mark-zuckerberg-facebook-changes-what-are-they-fake-a7478071.html
Gillin, Joshua. (2017). Idaho woman was not sentenced to prison for breastfeeding her child. Retrieved from:  https://www.politifact.com/punditfact/statements/2017/feb/13/theseattletribunecom/idaho-woman-was-not-sentenced-prison-breastfeeding/
Maya Kosoff.  Jan 2018.  “The 6 Fakest Fake-News Stories of 2017.” in Vanity Fair.  Retrieved from:
https://www.vanityfair.com/news/2018/01/the-6-fakest-fake-news-stories-of-2017
Silverman, Craig. (2016). Fake News Websites Are Pumping Out More Anti-Trans Hoaxes Than Ever.  Retrieved from: https://www.buzzfeed.com/craigsilverman/anti-trans-hoaxes-on-fake-news-websites

Editorial – Not Just the Facts