Columns
The Voice
The Study Dude—Building a Super Brain 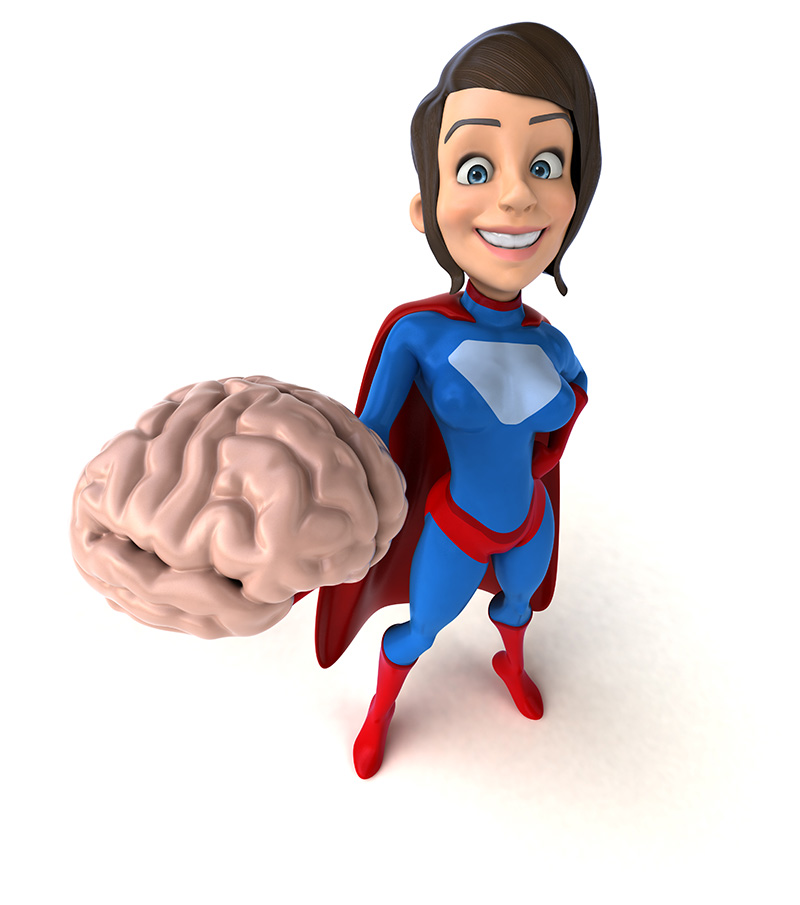 My Papa is no body builder, but he has a sharp brain at age eighty.  He moves, looks, and thinks more youthfully than most fifty-year-olds.  His doctor calls him a miracle.  Last week, I told Papa how to keep his brain young: eat blueberries daily, wild salmon twice a week, dark chocolate anytime, and flaxseed every morning.  Through diet, you keep a youthful brain.

But more than food strengthens your brain: “You can easily find areas you can work on that will make your brain more powerful today than it was yesterday” (location 62 of 1700, 4%).  These areas include reading, fitness, memorization, listening skills, honing your intelligences, customizing your brain, and knowing what intelligences to hone.

Memorization and listening skills sharpen brains and can lead to straight A’s.  At university, my brain moved faster than it does today.  During lectures, I copied down every word while writing acronyms and mnemonics in the margins.  By doing so, I made the grade for entering grad studies.

But until midway through the master’s degree, I never read books outside those assigned.  Big mistake.  My supervisor asked what books I read for leisure.  When I said I didn’t read outside of textbooks, her shoulders dropped.  “Then, what do you want to write your thesis on?” she prodded.  Reading gives you an academic edge and a younger brain.

My boyfriend trained seven-hour weeks in the gym for decades.  And he has an amazing memory.  No coincidence.  A lifetime of exercise will make your brain younger and smarter.  But if you spent your life eating McNuggets, there’s still hope: start exercising now until the day you die.  Within two years of exercising, you could turn athletic—with a sharper, keener brain.  That holds even if today you smoke and look obese.  After all, “a healthy body makes for a better brain.  Exercise grows the brain” (location 40 of 1700, 2%).  Plus, “there is a powerful body/brain connection.  If you want your brain to work at maximum efficiency, you must also work to make sure your body is fit” (location 114 of 1700, 7%).

“When you work with your strengths, you will find life easier and more fulfilling.  In short, you will make money at your strengths, not your weaknesses” (location 80 of 1700, 5%).  But I had a friend who bombed in high school math, but persevered.  Later in life, she taught math at a junior high.  And then she became the school vice principal.  Thus, sometimes our weaknesses turn into strengths, and make us money, too.

Whatever intelligence you want to build, exercise it: “When a cell is born, it waits for something to do.  If it finds nothing to do, it dies.  By exercising your brain, you are giving cells a reason to function, and they adapt to the kind of specialization that they need to” (location 98 of 1700, 6%).  So, you can customize your brain according to your dreams: “It means that the brain customizes itself according to where you put your thoughts and time” (location 98 of 1700, 6%).  But don’t exercise your intelligences on easy stuff; keep upping the ante to build a stronger, smarter, younger brain (Have, 2019).

So, how do you know what intelligences to hone?  You can hone any intelligence you desire.  But for the best return, hone tasks you find super fun: “How do you know what your talent area or your intelligence type is?  If you are lucky or perhaps perceptive, you may notice that certain activities you can spend hours and hours on and the time flows by without you noticing” (location 98 of 1700, 6%).  I once felt that way about math.  But when I came down with undiagnosed chronic fatigue syndrome, my passions shifted.  I now love learning about diseases, health, fitness, and biology, even though such learning doesn’t pay down debt.  And I can’t resist gym-going seven hours a week: a sign of kinesthetic intelligence: “If you are immersed in an intelligence type that your brain favors, it should be more fun than drudgery” (location 114 of 1700, 7%).

Who wrongly said getting smarter need not be fun?

The Study Dude—Exam Focus? Get Fit!