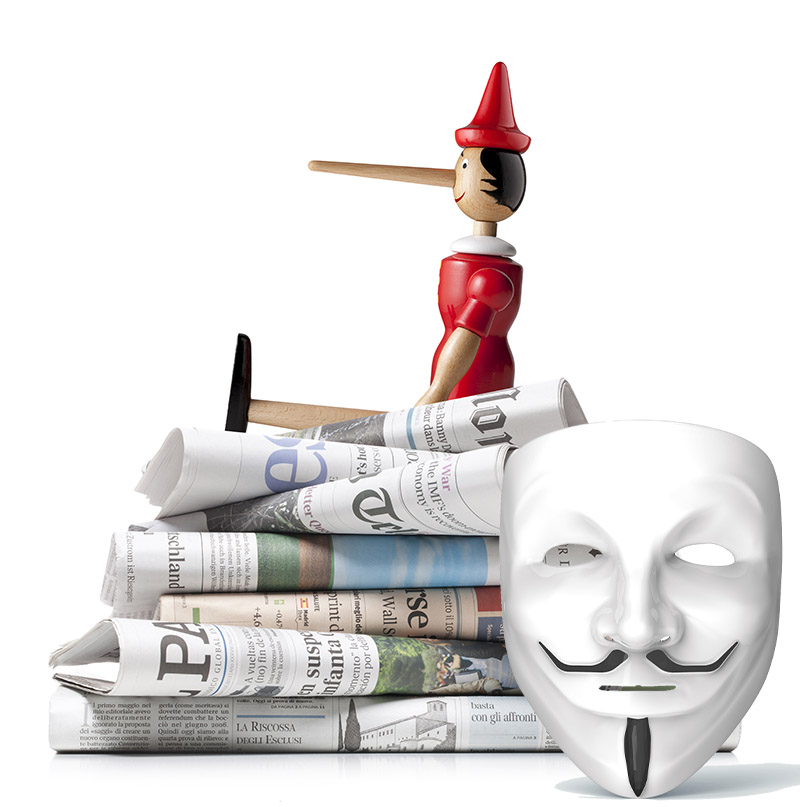 Did you hear about the 1966 rumours of Paul McCartney’s death?  The flesh-eating banana scare of 2000? That 9/11 was staged by the U.S.  government?  If you don’t remember, it’s just as well; such unfortunate events can do a number on your self-esteem.

Why are we humans so trusting about the information we receive?  The short answer is that we’re social animals who depend on each other, especially our leaders, for information.  This sounds benign until we realise that being social animals places us among species like lemmings, for whom following the leader can result in acts of mass destruction.

Lemmings, known for leaping by the shovelful into the sea once their habitats become overpopulated, aren’t the only species of heedless conformists: In 2005 in Turkey 400 sheep fell to their deaths simply because their leader had jumped off a cliff.

Such things don’t often happen among canines, who, although highly social animals, tend to exercise more independent judgment, depending on their own observations before following their peers.  This is why they make such good service animals; even if told to cross a street, a guide dog will refuse to do so if it sees cars coming.  In guide dog training circles this is called “intelligent disobedience.”

When it comes to sharing information, we humans often appear ready to jump off metaphorical cliffs for fear of being left behind, not knowing that the initiative we’re following is dangerous and futile.  Our history is full of examples of public figures and news sources leading whole societies astray.  It seems that all you need to earn people’s trust is a position of authority and the application of this principle: people are most easily swayed by information from the groups with which they identify.

Do we need to point out how vulnerable this makes us? Leaders take advantage of our herd mentality from the political right, left, and centre, their propagandists zeroing in on our urgent desires to belong, to be in the know, and to vent our spleen on those who oppose us.  What makes this more alarming in our era is precisely the ease with which information can now be transferred and how quickly people can be manipulated into believing falsehoods.  The aptly named “social media” has a tremendous power to inform, to shape opinion, and to mislead whole societies.

What to do? It’s easy to warn people to educate themselves so as not to be swayed by “fake news,” but finding truth and meaning in the sea of slanted media is getting harder and harder, and few can afford to spend time and money on the kind of liberal education that immunises against ignorance.

Sometimes being better informed means getting away from the headlines and tweets and taking a little time to digest “deep” news, i.e.  the histories leading up to current conflicts, before taking sides (or blowing a gasket from righteous rage).

It helps to hear views contrary to our own.  A caveat: Seek out only the most reasonable people to introduce you to their arguments, as the angry ignoramuses will only cement you more firmly in your own opinions.  When wise people get together for respectful dialogue we quickly realise that we all want the same things, and we only differ in how we should go about achieving them.

It also helps to stop conforming to the kind of “shoulding” imposed by the groups to which we belong, for example:

None of these generalisations can honour the subtle range of beliefs and values in the individual heart, yet we fall for them again and again, choosing to accept our herd’s package tour over the more educational private excursion.

A few hints to keep you from succumbing to the follies of the herd:

In brief, it’s all on you.  Accept responsibility for being lead or mislead and hopefully you won’t be jumping off a cliff any time soon.

Nature Notes – From the Backyard to the Biosphere. Babes of a Different Colour